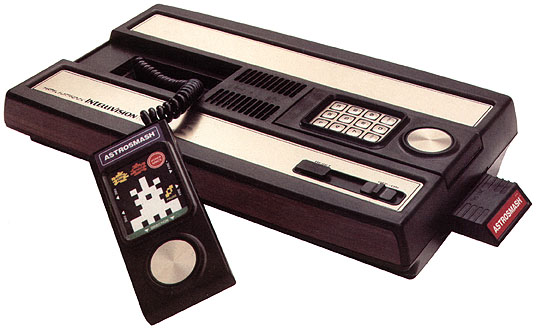 Forget the next-generation speculation. Gaming in 2013 is all about the Intellivision.

At least it is for William Moeller, the president of Classic Game Publishers, a small company still producing games for the vintage console that logic dictates should be long dead.

With four new boxed retail releases planned this year and a Kickstarter project on the way, Moeller is preserving the memory of 1982, the heyday of “Intelligent Television,” when E.T.: The Extra-Terrestrial was playing at local movie theaters, and Michael Jackson’s “Thriller” blasted out of record stores. 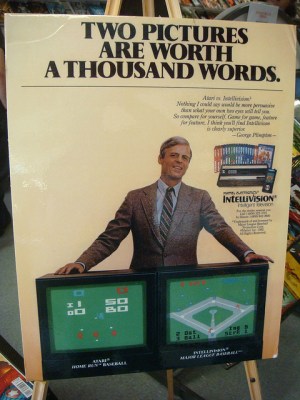 Mattel Electronics launched the Intellivision console in North America in 1980. It found moderate success in the burgeoning home-entertainment market, selling 175,000 $299 systems in its first year.

Despite costing twice the price of its main rival, the Atari 2600, aggressive marketing and a solid game library helped the Intellivision reach two million homes by 1982. Acclaimed literary journalist George Plimpton helped sell the system in a TV advertising campaign that highlighted the technical superiority of Mattel’s baby.

The video game crash of 1983 hit Mattel hard. Poor quality games were rushed out, and consumer confidence in the $3 billion North American game industry was failing. Mattel sold Intellivision after ending 1983 with a $300 million loss. Games continued to trickle out until 1990, when the last official title left the production line.

Moeller was there during Intellivision’s glory days, and the console left a lasting impression. “The Intellivision was my first video game system, and although I eventually moved on to other systems and computers, none of them ever captured the excitement that Intellivision games gave me in the early ’80s.”

The rise of the Internet saw Moeller gravitating toward other Intellivision fans. He eventually found Carl Mueller Jr., who was attempting to write the world’s first Intellivision emulator, which would put classic Intellivision games on PC.

“I knew I had to help,” says Moeller, “but I had no tech skills. I enlisted  a clever friend who agreed to help me despite not being an Intellivision fan. We kept searching for every bit of technical information, programming information, and hardware information we could find and eventually built a cartridge ROM dumper [allowing extraction of programming code from a game cartridge] and hand-controller interface for the PC. This allowed Carl to finish his emulator.”

Other fans, such as Joe Zbiciak, got involved in making development kits and a cartridge circuit board. “Suddenly, we had the ability to write new games and create a [physical] product,” explains Moeller. “So, we decided to make games for our favorite system.” These games are now being released on Classic Game Publishers’ Intellivision label, Elektronite. 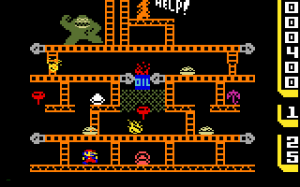 Elekronite has already released two game cartridges for the Intellivision: Minesweeper clone Minehunter and arcade title D2K Arcade. The latter is a reworking of the arcade game D2K Jumpman Returns by Jeff Kulczycki, itself an enthusiast rebuild of the original Donkey Kong 2 arcade game.

As for the licensing implications of releasing D2K Arcade, Moeller explains that “Jeff [Kulczycki] tried to get Nintendo’s blessing on the game, but they ignored him. They continue to let his game exist. Jeff did the art for our game and testing. Our game is based on two of Jumpman Returns’ levels, and we use three of our own design. None of those levels were created by Nintendo. We don’t purport to be ‘Donkey Kong’ despite what people immediately say when they see the game. There are many variations of Tetris, Moon Patrol, and Pac-Man that don’t use those names, and no one says a word or thinks they are ‘infringing’. We don’t feel we are infringing, and Nintendo has not told us we are.”