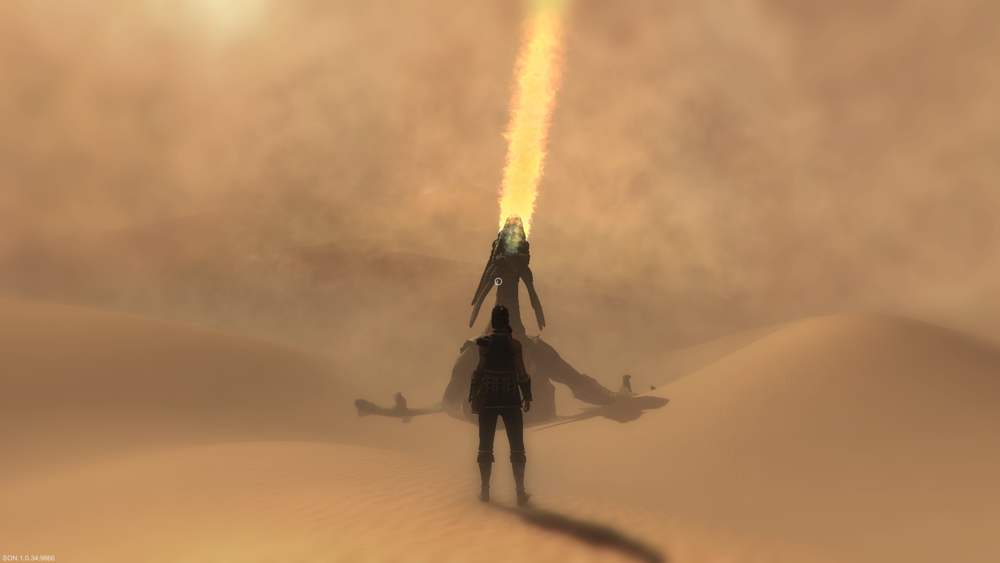 Above: What the hell are you, and can I pick you up?

My character finally reached the end of the level and entered a quiet medieval-style dormitory filled with wooden furniture and clay pots. I glanced at a random chest sitting on the end of a bed and mentally queried, “Pick up the rock?”

The chest immediately snapped to attention in front of my character! I fired the chest into a shelf, which smashed into pieces in a satisfying fashion. I looked at a clay pot and thought, “Pick up the rock.”

Instantly, the clay pot was floating, under my control. I giddily sent my character out of the room, looking for a person to throw this object at. I found a chambermaid minding her own business, lurking around a hallway. My eyebrows hurled the pot into her body. She turned and shouted at me.

My brain went mad with power! My eyes locked onto her.

“You can’t pick people up,” Mautner interjected, almost as if he was also linked to my mind.

After a nervous laugh and one more mental check to make sure he wasn’t lying, I left the poor woman alone and guided my character outside the building, where I discovered a small, quiet courtyard filled with items to grab and villagers to mentally terrify. As I grabbed more objects, I became more confident. I started pushing both the eye tracker and mind control device, snagging objects with my mind while running, jumping, and spinning. I rarely missed picking something up.

Then, two people behind me started talking about how amazing the technology was, and for the duration of their conversation, I couldn’t grab anything. What was being said jammed up my mental ability to properly communicate to the headset.

After about 30 seconds of silence, I was able to get back into the groove.

This is where a major flaw, either in the technology or my brain, became obvious. I couldn’t use the mind control if there were other forms of stimulation going on. If the game stressed me out, upped the tempo or volume of the music, or someone behind me farted, it was over. The mental link would break.

But when it was quiet and I was not under stress, the tech worked well. In one case, too well.

Don’t think of the rock 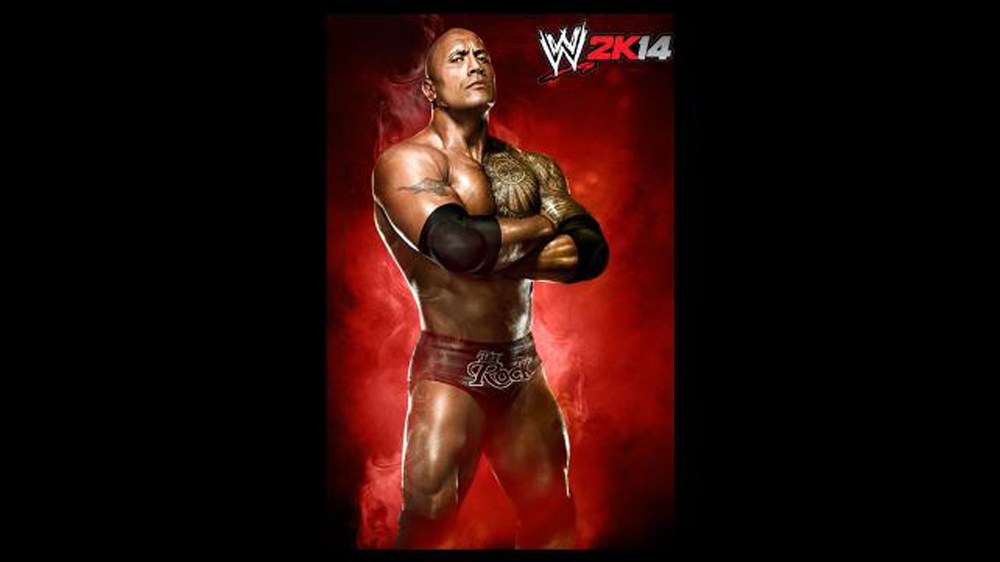 Above: Just try not to….

I eventually hit a point in Son of Nor where I was having a lot of success at manipulating puzzles and fighting very small battles with the power of my mind. Getting it to work this well wasn’t easy or consistent at first, but staying calm and focused was definitely the key.

During the final fourth of the demo, something weird began to happen. While running from one puzzle to another, I would mentally think about what I would have to do next. This always consisted of having to use the pick-up ability in some way. In these moments of planning my next strategy on the move, I would suddenly pick up an object that randomly crossed my line of sight.

I’d be walking through a path thinking about having to pick up some boulders at the next location, and suddenly, a giant tree branch would float in front of my face. I’d toss it away with my eyebrows then laugh it off, and boom, I’d have a boulder floating in front of me.

I eventually hit a point where I had to try and force myself to not think about picking up a rock, but how would I even do that? Just thinking about not thinking about it made me think about it, which resulted in more objects getting picked up on accident. I had trapped myself in my own mental paradox, where I couldn’t stop picking up objects, even though I didn’t want to do that.

I finally peeled the headset off. Physically, I was fine. Mentally, my brain was twisting and turning. It was time to call it quits.

In the future, we’re going to be smarter … or crazier … or both 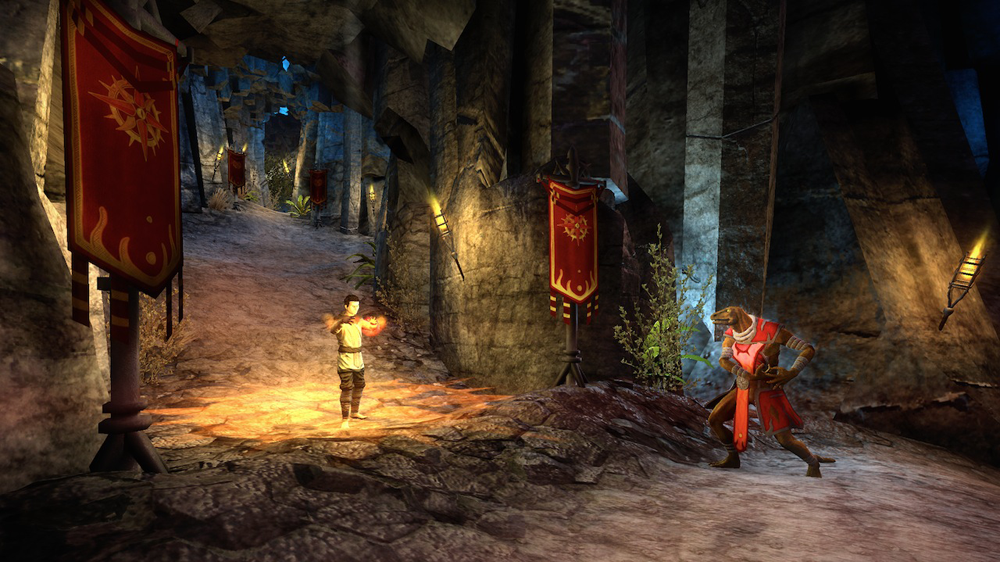 Above: Really, man? You’re going to attack me right now? I’m not in the state of mind to deal with you right this second.

Son of Nor exists in a tough spot. In order to be consistent when using the eye detection and mind controls, things can’t get too wild and complex on the screen. The project could result in a great first attempt at using this kind of tech. But the gameplay can be bland if you’re just using a mouse and keyboard. I’m curious to see how Stillalive Studios handles that balance in the final release.

As far as eye tracking and mental detection is concerned, they work…. And the experience is very unique. I can see the potential for game designers to use these technologies to screw with their audiences. Especially the mind detection portion. As a player, I had to alter my thought process in ways that, typically, rarely have consequence on the outside world. It isn’t just concentrating on a game in order to figure out its puzzles, then filtering those thoughts into actions through a game pad when the time is right. Those thoughts are being sucked up all at once, as they happen, completely unfiltered. There is a barrier that is present when I can act out those thoughts through my hands, which a mind control device obliterates.

I’m obviously not a neuroscientist, but my imagination is on fire when I think about a generation of children playing games this way. How would those human beings’ brains develop? I’m not so much talking about gaining actual psychic powers, but could these people surpass what today’s human beings are mentally capable of?

Or could they wind up going batshit insane after decades of mentally screaming, “Pick up the rock?”