After rising in February, the cost to acquire a loyal mobile user has gone down.

“As evidenced by Index trends over the past several months, it’s clear that the ‘app frenzy’ is slowing,” Fiksu noted in its report. “While apps dominate consumers’ time on mobile devices, that time is being spent in fewer apps, as the typical smartphone owner now spends more than 88 percent of their app time on just five apps.”

Fiksu noted that this new trend has made the group stop focusing on cost-per-install (CPI) stats, since it argues it is now more important to target an appropriate audience than simply push for as many installs as possible.

“When app marketing was in its infancy, the CPI Index was a good bellwether, allowing marketers to compare their cost per download with the larger industry,” Fiksu noted. “With today’s mature app market, CPI is no longer a good gauge of an apps’ success: targeting, tactics, and competition in specific categories can dramatically shift CPI for any one app campaign.” 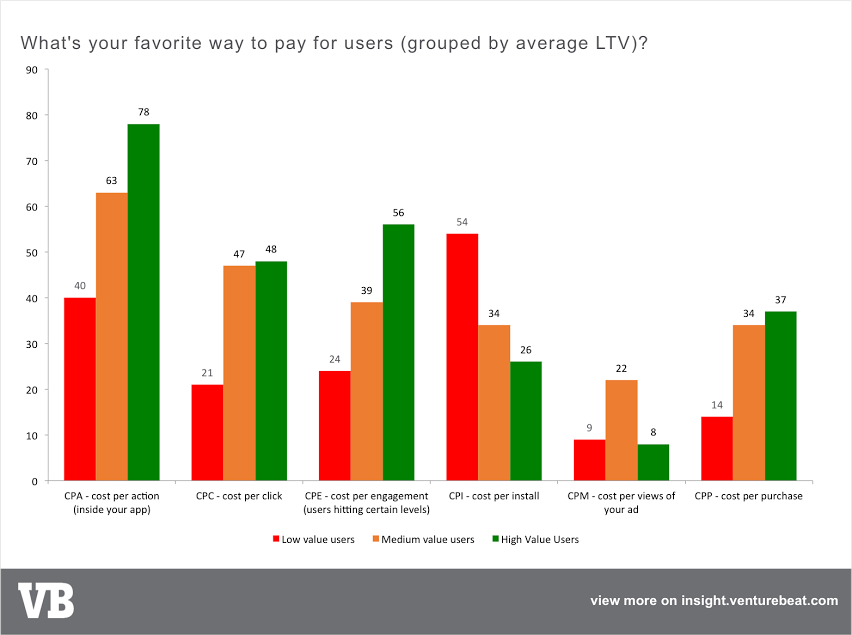 “The writing has been on the wall for CPI-based acquisition for over a year now,” noted Stewart Rogers, lead analyst at VB Insight. “In 2014, more than 50 percent of publishers chose CPI as their favorite first method of paid user acquisition. As VB Insight research showed, CPI is good for high volumes of users, but bad at producing high-quality users. In 2015, publishers caught on, and started favoring CPA/CPE, which in turn attracts customers with a higher LTV. That trend continues into 2016.”

So, in summary (and in terms anyone who took an SAT can understand), loyal users > overall installs.