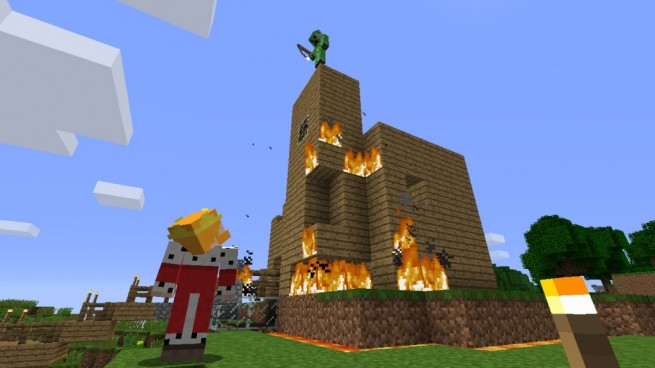 Developer 4J Studios, who’s handling the Xbox 360 version of Minecraft, has tweeted that the 1.8.2 update is “still weeks away.” Known as the Adventure Update on PC, 1.8.2 is the most substantial content update for Minecraft, thanks in particular to Creative Mode, which allows players to freely fly about and create anything they want without fear of dangers, dying, or resources.

Creative Mode spawned most of the world’s greatest Minecraft creations, and it’s something fans have looked forward to since the game’s release on the Xbox 360. However, I’m more excited about the addition of strongholds, ravines, and abandoned mine shafts, all of which will add some much-needed diversity to Minecraft’s subterranean exploration.

We’ll keep you posted as more details and a release date are announced.