Robin Antonick is best known for creating the Madden NFL Football megafranchise and then getting into a lawsuit with Electronic Arts over the rights to one of the most important series in video games. He went to trial against the sports game giant and won a verdict against it. Now he’s building a new sports game platform, the Indie Sports Network, and has launched a Kickstarter crowdfunding campaign to fund it.

Madden is a cornerstone franchise in video games. It’s one of the series that built EA into one of the largest publishers in the world, and it’s one of the top-selling games every year (and of all time). 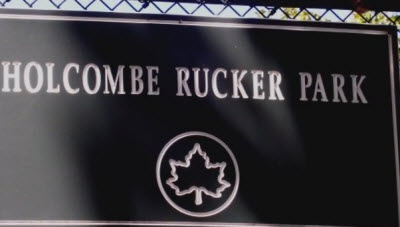 The first game Antonick’s new company will build is Grudge Match: Street Basketball, an arcade-like game that players can modify to create their own versions of the game characters and courts. The game will include an “indie sports market,” where players can post their creations, such as cool basketball moves, and sell them to other players. The fun will be in creating legends on the court, and Antonick promises the game will have a lot of attitude.

“It’s not the polite NBA. It’s a bold move, challenging taunts, [and] demanding street crowds,” the company says on its Kickstarter page. “It’s where you build your reputation and create your own legend. It is about you, the hardest working player in the gym and on the court, the one who is driven to outwork the competition. You are the one that strives to perfect your moves, develop new moves and push the limits on and off the court.”

Antonick said in an interview with GamesBeat that the game’s street courts were inspired by Rucker Park, the Harlem basketball court where many NBA stars like Kareem Abdul-Jabbar played as they were growing up. The game will also depict other courts such as Holcolmbe Rutger Park and The Cage in NY, Chicago’s Jackson Park, Oakland’s Mosswood Park, and Venice Beach. 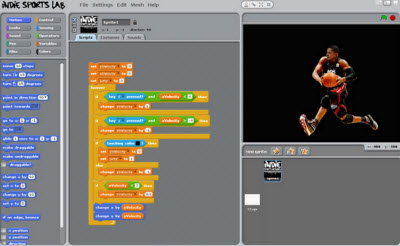 Above: Create your own moves in Indie Sports Network

“What’s very important to me is that the microprocessor can do some incredible things,” Antonick. “We know hundreds of millions of hours are spent playing Madden NFL Football. We’ll do a street basketball game that plays like an arcade game but has real science behind it and includes real-world rewards. Kids will learn something and earn rewards while they play.”

The San Francisco company hopes to raise $500,000 in its campaign. The Grudge Match: Street Basketball game will be the first in a series on the new platform. The cofounders of the company include Antonick and game veteran Bob Lindsey, former head of worldwide publishing at Eidos.

“You’ll be able to sell the content you create, and you’ll learn hard science as you put together the game,” Antonick said.

Antonick said that gamers will learn as they create the physics behind legendary moves, like the “sky hook,” “triple threat,” and “up and under.” They can master the moves, adjust them, and then make them their own. Then they’ll be able to sell them on the market to other players.

It’s not clear if the idea will take off. But you can’t argue with one of the creators of Madden NFL Football, which sells billions of dollars and consumes a huge chunk of the leisure time of gamers. The platforms will likely include Ouya.

In Antonick’s lawsuit against EA, his attorneys showed that several of EA’s games published from 1990 to 1996 were almost identical to the original version Antonick created for the Commodore 64, MS-DOS, and Apple II platforms in the 1980s. EA was obligated under contracts to pay royalties to Antonick, but it didn’t do so.

Antonick won $11 million in his lawsuit, but EA is expected to appeal the jury award. Antonick said he has been preoccupied with the lawsuit since 2009. Prior to that, he went to Harvard University to study disruptive innovation. He also helped the Christian Science Monitor to move from print to digital and founded a company called Real Sports.