For a game that looks like a cartoon, Severed is pretty creepy. It’s also creative, and it may find a home when it debuts on the PlayStation Vita this year.

Sony showed the first-person game off this week at a preview event. Chris McQuinn, the designer of the game at DrinkBox Studios, the Toronto-based studio that also created titles such as Guacamelee and Mutant Blobs Attack!

You play a teen girl named Sasha who wakes up and looks in the mirror. She discovers that her arm has been severed, and so begins a quest to figure out why. The game is designed for the Vita’s unique controls, such as its D-pad (for movement) and the touchscreen for combat. You can swipe and sever off the arms of other creatures. You collect body parts in order to upgrade your equipment and abilities.

That’s creepy, alright. But the art is evokes the Mexican Day of the Dead or Native American art (as we’ve seen with DrinkBox with Guacamelee). “The style is a unique one for us, with Mexican Aztec influences,” McQuinn said. 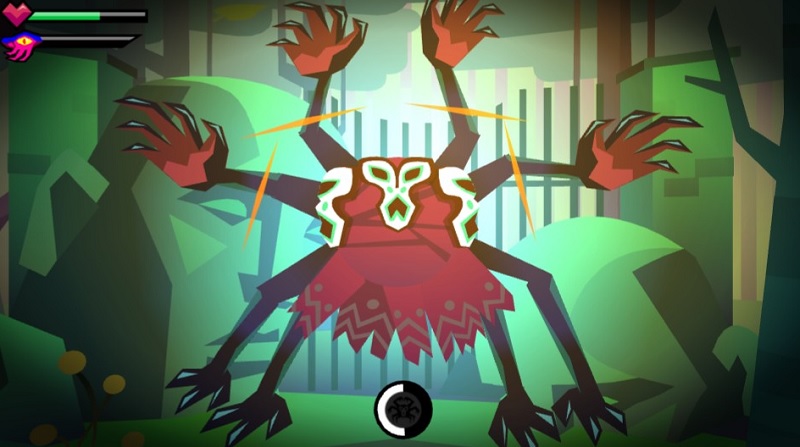 Above: An enemy in Severed. Gotta chop those arms off.

“Part of it is about unraveling the story and who you are,” McQuinn said. “You notice you don’t have an arm. Why is that? We set up a weird, creepy narrative.”

Severed’s inspiration comes from role-playing dungeon-crawlers, like the old Dungeons & Dragons games on the PC. You use the D-pad to maneuver through the world. Each time you hit it, you move into a room or explore a new space. In each room, you can turn around 360 degrees. That’s a pretty unique use of the perspective.

When you run into monsters, you have to figure out how they’re going to attack you. You attempt to parry them when they attack you from a certain direction. This makes them vulnerable to a counterattack, where you slash with your finger on the screen quickly. 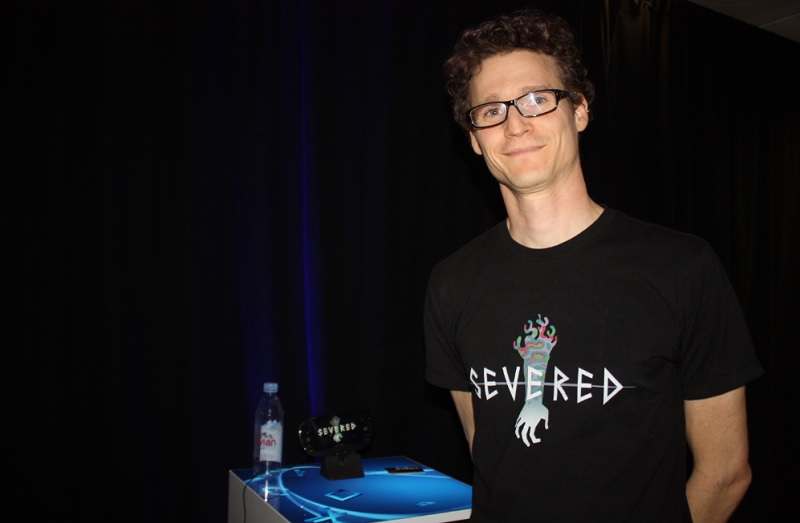 Above: Chris Mcquinn, designer of Severed at DrinkBox Studios.

Severed has some inexplicable details. Your mother trains you how to fight. But then you fight back and damage your mother as you do so. In another scene, I saw my character’s arm running away, using its fingers to crawl. “That’s my arm,” I said. “Presumably, that’s your arm,” McQuinn replied.

It’s not an easy game to play. You have to be fast and use special abilities, like “severed,” a mode where you can chop the limbs off enemies. You have to earn that, and you use it to fight the bosses. Another figuring out where your family has gone. You find your brother impaled on some weird kind of thorny tree, like a Christ figure.

“Part of the story is you have to find out what happened to your family,” McQuinn said. 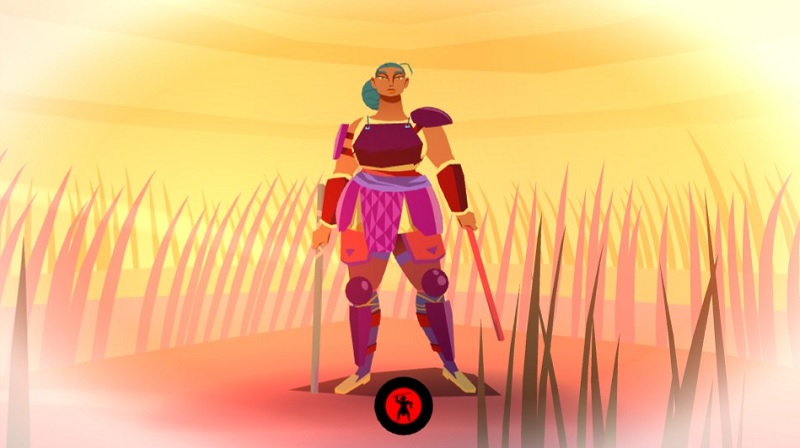 Above: Your mother in Severed. She trains you.