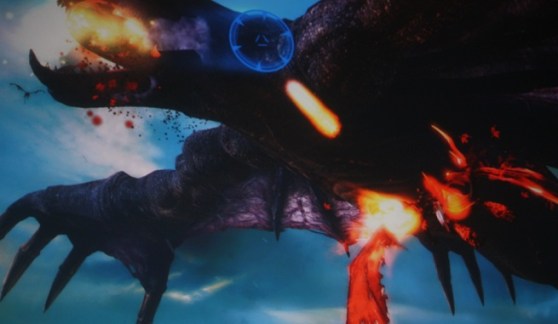 Saddle up. Yukio Futasugi, the creator of the fan-favorite Panzer Dragoon series, is bringing Crimson Dragon exclusively to the Xbox One.

The reveal trailer — broadcast without sound — showed a player in control of a red dragon flying through a colorful fantasy world. A lock-on reticule, a signature feature from Panzer Dragoon, tagged dozens of flying enemies  before unleashing various homing fireballs and lightning-style attacks.

We also saw several other dragons — one blue, one green — but it wasn’t immediately clear if these were simply different forms taken by the same dragon. Unlike entries like Panzer Dragoon Orta, the dragon didn’t appear to have a rider. But we did see plenty of onscreen enemies.

No release window has been announced as yet.