CrowdStar chief executive Jeff Tseng is dressing better these days. And that’s no accident. His company’s game, a fashion-oriented title for women called Covet Fashion, is all about changing real lives for the better.

CrowdStar launched Covet Fashion with lush, realistic graphics in mid-2013. It was an experiment back then, but now it is a big title that has consumed all of the mobile-game company’s resources. The game lets women choose their favorite outfits and enter their wardrobe choices in contests that are voted upon by the rest of the community. It has grown in popularity, and more than 150 real-world fashion brands have lent their real wardrobes to the project.

In the process of creating and refining Covet Fashion, Tseng, who co-founded CrowdStar and became its CEO in 2012, told GamesBeat that he had to unlearn everything he knew about making games. CrowdStar has made 30 games, with many of them focused on girls. But those titles had cartoon art, and this title has more realistic art, and its target is older women. And CrowdStar, as well as some women in leadership positions like Blair Ethington, the head of brands and marketing, are figuring out what core games could be for women. They feel like the core genres haven’t been invented for women yet, and that’s an exciting opportunity.

“We are going for women, and we feel that is an incredibly underserved market,” Tseng said. “I came from the console industry. But the emotions and entertainment needs of women are fundamentally different.” 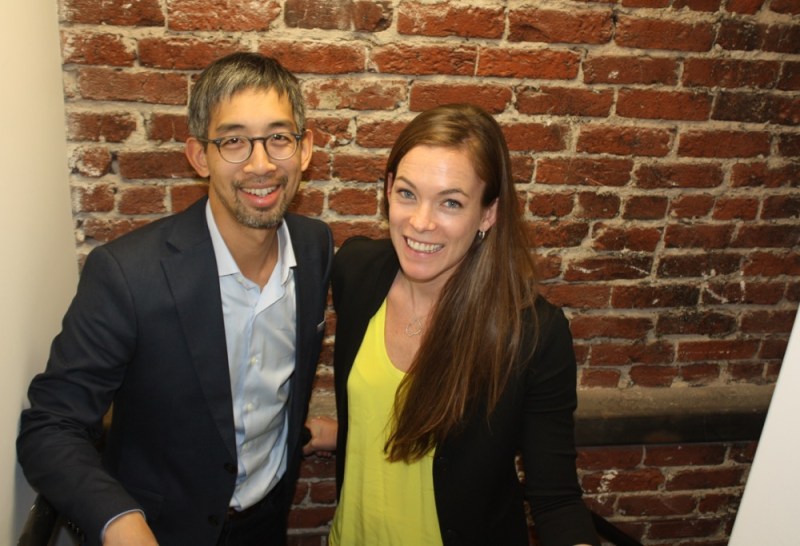 Above: CrowdStar CEO Jeff Tseng and Blair Ethington, the head of brands and marketing.

The progression in the game isn’t typical. There’s a vast amount of content available. The game is a live title, with events such as fashion shows for brands running regularly. New clothes are released every day, with a total of 4,000 garments released per fashion season. About 300,000 user looks are submitted per event. On average, players log in for more than 30 minutes a day. Engaged users log in for more than an hour a day.

“It is a lot like dressing up in real life,” Ethington said. “You feel good about yourself, and you get feedback.”

Players can win things like a bag and get access to a better experience by purchasing premium currency. Players can modify the skin tone or hair style of the models who try on their clothes. 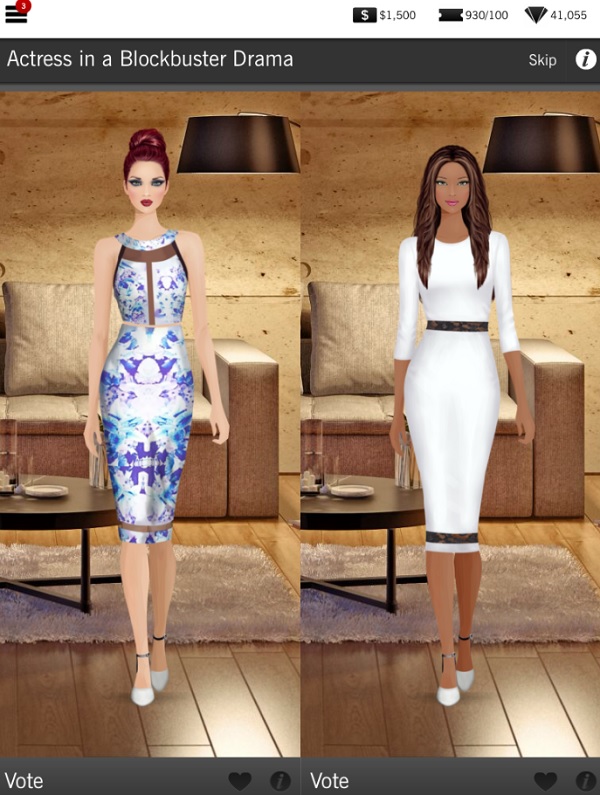 When others vote on your look, you get a score. Tseng’s score is 3.9, while Ethington has a score of 4.26. You can earn rewards based on your performance. That kind of scoring drives a lot of engagement, and CrowdStar has found that women can be just as engaged as traditional male gamers.

“The scores are based on what other people think about what you’ve created in the game,” Tseng said. “It is based on the collective opinion of the group. It is a validation of your own self-expression. It’s competitive, but it’s not always like, ‘I win. You lose.'”

Most of CrowdStar’s 75 employees are focused on Covet Fashion or other titles for women. And that investment is paying off. Revenue per install has grown tenfold since the game’s launch. Revenue for the company doubled year-over-year in 2014. 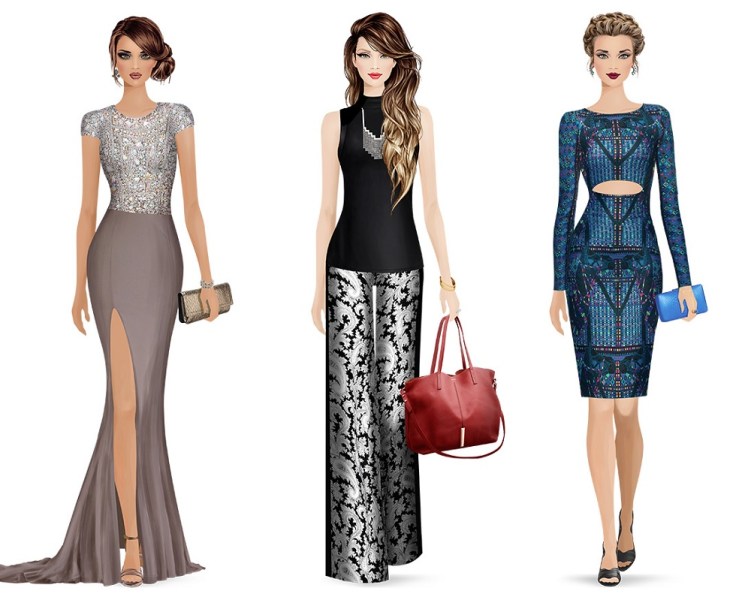 Soon, CrowdStar will introduce fashion houses for players, who can gather together like clans in the Clash of Clans mobile game and compete against other player-run fashion houses. Every time the company does an update, engagement and revenue improve.

“We think we can still get four or five times better revenue and much better engagement,” Tseng said.

One of the opportunities is working more closely with brands. Ethington said that the company doesn’t charge brands to put their clothes in the game. Rather, it creates co-marketing opportunities. Covet Fashion drives traffic to real fashion vendors since players can purchase real clothes from within the app.

“This is about driving value for the brands, which give our users exclusive discounts,” she said. “We did a necklace promo, and that drove 40 percent of one brand’s e-commerce sales in the holidays.”

Around 5 percent of the players are men, even though there aren’t any clothes for men yet. 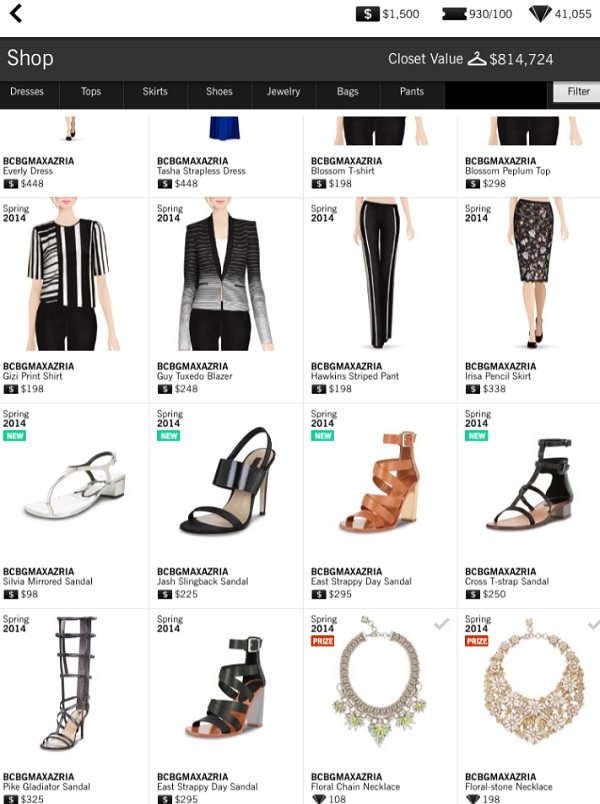 But CrowdStar isn’t working on just one game. Women are interested in new experiences, and CrowdStar is trying to figure out original entertainment products for women. If that means pushing the boundary of what a game is, then that’s OK, Ethington said.

Other titles, like Kim Kardashian: Hollywood, are aimed at women and are proving extremely popular. But that game has a cartoon-oriented art style. CrowdStar is trying to create themes, art styles, and games that can result in deeper, more mature experiences for women, Tseng said.

“We are driven by the understanding of the audience at a much deeper level,” Tseng said.

Lots of casual games have taken off with women, such as social-casino games, city-building games, and farm games such as Zynga’s FarmVille. But many of those are considered casual, which is less engaging than “core games,” Tseng said.

“This is a blue ocean, with so many smartphones and tablets out there in the hands of women,” he said. “The opportunity is there, and no one has claimed it.”

Tseng said, “The game is doing well. But I feel we have a long way to go.” 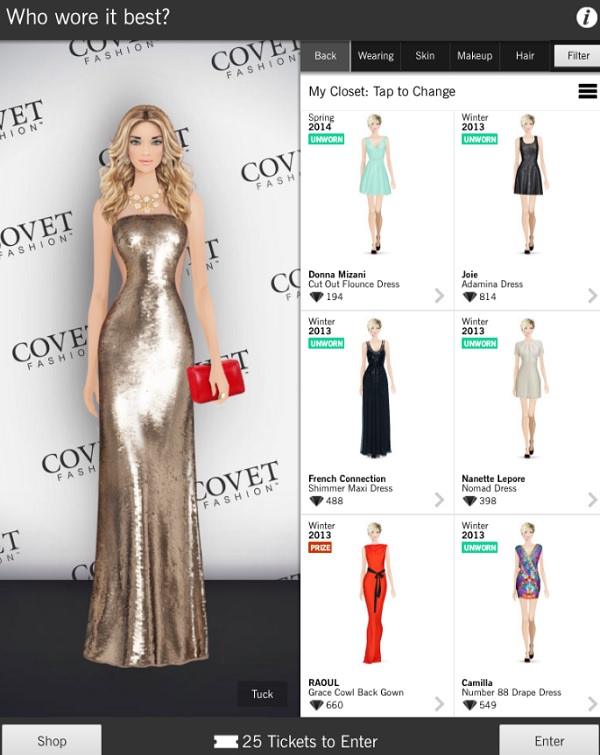