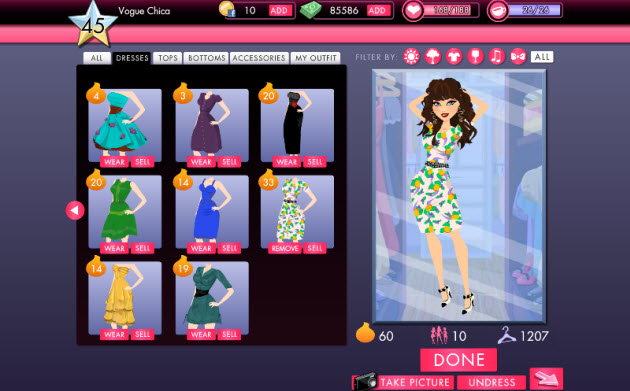 CrowdStar, a fast-growing social game company, believes it has created a next-generation Facebook game with its successful It Girl title. The game makes at least three times more money per player than any other game CrowdStar has released on Facebook. 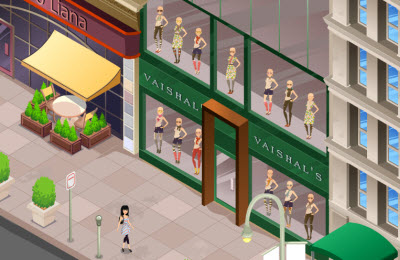 Peter Relan, chairman of the Burlingame, Calif.-based company, said in an interview that It Girl is making several times more money in terms of average revenue per user than other CrowdStar games. He refers to the game as a Flash RPG, meaning it uses Adobe Flash to create cool animations and has deeply engaging role-playing game play. In It Girl, you create a character, dress it up, and then go to parties. The game has 400,000 daily active users.

If CrowdStar is right, the game could be pretty important, since Facebook games are already highly profitable enterprises. If games such as It Girl take off, then the profitability of American social games could approach those of mobile social games in Japan, where revenues are many times higher per game. Since CrowdStar already has 55 million monthly active users, it could benefit greatly if its better monetization takes hold across a bunch of games.

The model works like this: CrowdStar lets users play for free. Along the way, it gives users the ability to customize their characters. In It Girl, users can spend hours dressing up their characters and spending money on an a la carte basis, paying real money for virtual goods such as a character’s clothing. Typically, only three to five percent of users spend money on virtual goods in the U.S. In Japan and Korea, the percentage is much greater.

To figure out how to match the Japanese, CrowdStar set up operations in Japan and experimented with mobile games. It discovered that Flash animations were much better at holding the attention of users. And CrowdStar found that creating simple but deep role-playing games could lead to much deeper play experiences, leading to better rates of monetization, Relan said. Of course, since the game has been out such a short time, there is no telling if It Girl will live up to CrowdStar’s hopes. In Japan, CrowdStar has had good success with its Happy Island and Happy Aquarium games. 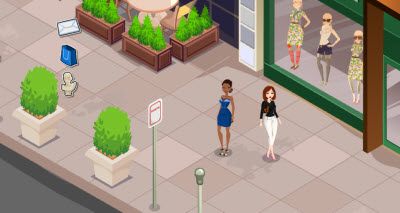 The success of this game shows that Facebook games are evolving. The first hits were text-based role-playing games such as Vampires. Then came Flash simulation games such as FarmVille. Now, Relan said, the Flash-based role-playing games with full avatars and immersive game play are set to break out. CrowdStar intends to pump out a number of these games based on the same game engine.

Relan calls these games “high yield” titles (they make a lot of money) that leverage the company’s existing audience. CrowdStar launched It Girl last month, and it has been the company’s most successful title in retention, engagement and yield. It’s probably too early to say the next-generation has arrived. But the results are encouraging.

CrowdStar, started a few years ago as part of Relan’s YouWeb incubator, now has more than 100 employees. The new games — including Pop Boom — come just in time to boost CrowdStar, whose user count had been languishing this year after Facebook shut down on its viral distribution of game communications in the name of stopping spam. CrowdStar is still far behind Zynga, and it faces increasing competition from EA-Playfish, LOLapps and Digital Chocolate.