Anyone who’s seen Game of Thrones knows how important it is to immaculately decorate your throne room. It immediately tells you what kind of ruler you’re dealing with — whether they’re cold and calculating, warm and inviting, or somewhere in between.

In just a few months, Crusader Kings III players will finally get to live out those interior decorating fantasies. Publisher Paradox Interactive announced today that Royal Court, the first major expansion for the medieval grand strategy game, will release on Feb. 8, 2022.

Crusader Kings III has you conquering lands and managing your kingdom through multiple generations of a royal family tree, and the Royal Court expansion will let you show off your accomplishments in your own throne room. A big part of that is earning artifacts, which range from weapons and banners to famed historical relics like the Ark of the Covenant. These can be displayed in your court for all to see.

You can use a new feature called Hold Court to help solve various grievances from your vassals, as well as reward court positions to your courtiers, which will activate new bonuses for your character. The expansion will also let you create hybrid cultures in your realm, similar to the way you can customize different faiths and religions in the game. 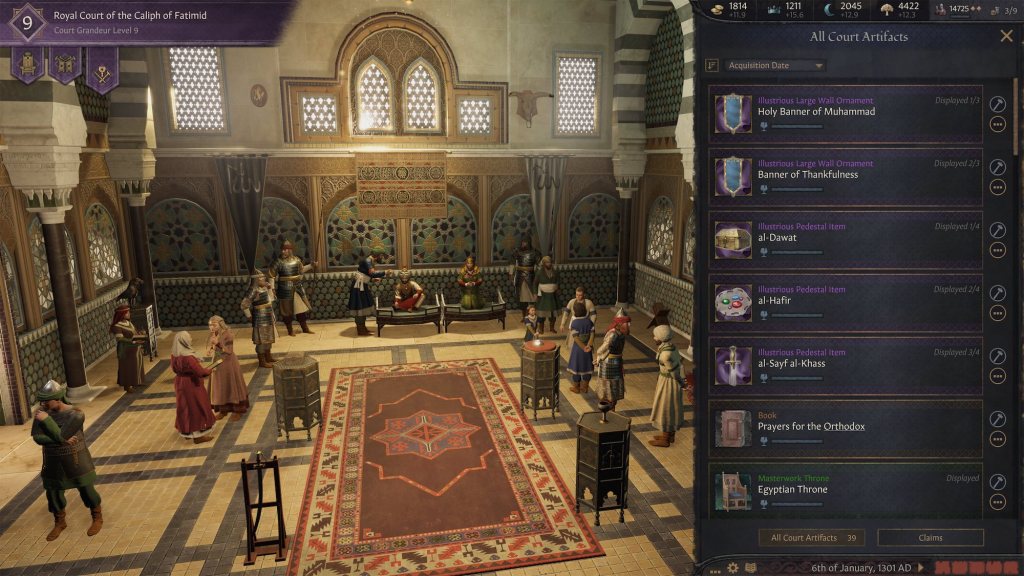 Above: Managing your court artifacts.

Additionally, a free update for all players will be arriving on Royal Court’s release day, which will include a new culture interface and new minor court positions.

Former GamesBeat managing editor Jason Wilson loved Crusader Kings III when it launched last year on PC, describing it in his review as the “best Crusader Kings release yet.” Paradox has been busy tweaking the game since then with multiple updates, as well as its first piece of downloadable content, the Norse-themed Northern Lords pack.

In August, the publisher revealed that Crusader Kings III will also be coming to PlayStation 5 and Xbox Series X/S at some point in the near future.