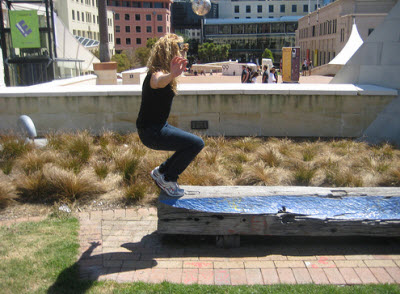 CryptoZoo aims to get gamers off the couch and into the streets, letting them find clues about mythical animals in the real world and exercise in their spare moments.

It’s an alternate reality game — mixing computer fantasy with real world tasks — and was designed with health goals in mind by a team led by Jane McGonigal, (right and bottom) director of game research at the Silicon Valley think tank Institute for the Future. It was commissioned by the American Heart Association.

The game is one more example of the Games for Health trend, which is the subject of an academic conference in June and a larger trend in the video game industry. Other examples include Nintendo’s Wii Fit game, Sega’s upcoming Pilates with Daisy Fuentes, and Electronic Arts’ upcoming EA Sports Active. 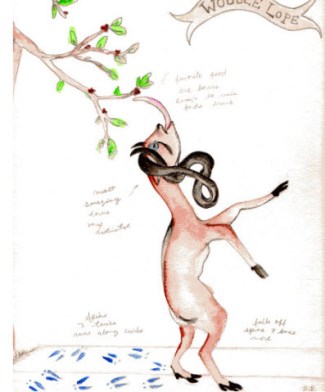 McGonigal specializes in alternate reality games that get hordes of people working together on the Internet and in real life to solve mysteries or social problems. Her titles include ilovebees.com, World Without Oil, The Lost Ring, and AvantGame. These games are almost more like virtual treasure hunts than video games, and they’ve been widely lauded for their creativity and artistic or social aims.

In an interview, McGonigal said research suggests that making exercise more social is a way to get people on their feet. And while it’s hard to find structured time in a busy schedule, making use of ordinary walking time or other spare moments is a great way to get some exercise.

“Exercise in the future should be easier to fit into our everyday lives,” she said.

With CryptoZoo, the aim is fun. But the result is that players get to use their outdoor moments to exercise as much as possible. The game trains players to look for and behave like mythical animals such as a Slamina (right) that walks backwards and avoids sidewalk cracks. When you go outdoors, you start seeing the world in a different way and grab opportunities. 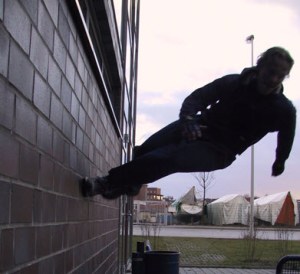 You might circle around a tree backwards, jump up onto a street ledge back and forth, or swing around a pole. It’s sort of like looking at the world through the eyes of a skateboarder, where every rail or ramp represents the chance to do a trick. You can do the game in a group. But if you’re self-conscious about acting foolish in front of strangers, you can also play the game at night or on quiet streets.

McGonigal said she was inspired on a trip to New Zealand, where she hung out with “parkour” players (left). Those are the extreme athletes who can run up walls or scale buildings simply by jumping from one place to another, as if they were flying. Movies such as Crouching Tiger, Hidden Dragon and the James Bond film Casino Royale had some stunning parkour scenes. McGonigal thought it would be great to think of a game that didn’t require people to be like parkour daredevils. It took about three months to do the game. 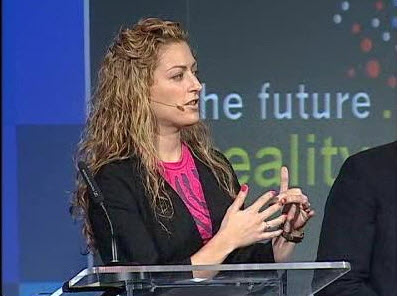 Neal Scott, a member of the AHA and a cardiologist in Mountain View, Calif., said that he thinks the game is a great idea.

“It’s a way for people to get exercise without thinking about it,” Scott said. “It makes a difference even if you get your 30 minutes of walking or running a little bit at a time.”

McGonigal hopes that, as in other alternate reality games, the crowd takes the game and runs with it. McGonigal said the team invented 13 mythical creatures, but it invites players to create more. The site has events scheduled in a variety of places, including San Francisco and New York.