We can’t really feel it here in the States, but gaming is changing around the world. Emerging markets like China’s have a huge thirst for high-quality free-to-play games, and developer Crytek wants to lead the charge on PC and, potentially, the next-gen consoles.

Most people, at least in the West, read the phrase “free-to-play” and immediately think of Zynga and Facebook games, but the industry already has beautiful titles like the first-person mech shooter Hawken, the massively multiplayer FPS Planetside 2, and Crytek’s own FPS Warface. Hell, Valve’s Team Fortress 2 went free-to-play in June 2011.

These games are here, and Crytek chief executive Cevat Yerli says that’s the only business model his company will use for its games in two to five years. 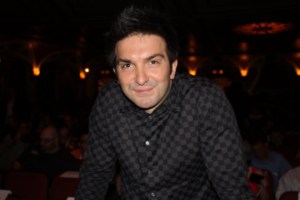 “We decided five or six years ago that we want to marry the quality of triple-A games with the business model of free-to-play,” Yerli told GamesBeat. “And out of that position, Gface and Warface were born. And at that time, we decided some other games, in some of our other studios, would head in this direction. But we kept pushing the quality bar higher on our console business, which is the main dominating business for the Western world, but we are observing, plainly — and we see this already with Warface — that the free-to-play market  is on the rise. I think over the next two to three years, free-to-play is going to rival retail with quality games like Warface.”

Warface is Crytek’s first major free-to-play shooter. The developer is running it in closed beta right now and should launch it by the end of this year. It uses Crytek’s renowned graphics engine and costs nothing to download and play. On the other end of technology spectrum, Gface is the company’s social platform that connects people together in games like Warface or any number of unannounced Crytek and third-party titles.

This is all happening on the PC, but Crytek has similar designs for gaming consoles.

“So we have quite a few console titles in our pipeline that are [traditional retail games] while we investigate free-to-play on consoles,” said Yerli. “But our primary goal is to make triple-A free-to-play games for the world market and transition entirely to that.”

The executive said he wasn’t sure if that transition would happen in two to three years or in five years. It depends on how free-to-play technology evolves, but he said Crytek is preparing for any timeline.

“We’re looking at free-to-play as a force that drives our growth and world-domination plans,” said Yerli.

He says he likes to joke that Crytek will dominate the virtual world.

But the idea that a major developer like Crytek is making such a drastic shift is hard to comprehend for a lot of Western gamers. We’re used to the $60 blockbuster, but that’s not a viable business model for much of the world.

“If you look at historically, the U.S. has primarily been about retail,” said Yerli. “That’s shifting a lot. There’s a lot more free-to-play coming from the U.S., but this has been mainly Facebook games.”

Of course, Crytek isn’t a U.S. company. The developer only opened a studio in Austin just in the last few weeks. It is located in Germany, and Yerli think that gives the company a slightly different perspective on the future of gaming.

“Europe is more multicultural, which helps us take unconventional approaches,” said Yerli. “And European companies have done much more free-to-play [and are] hungry for new [intellectual properties] in general.”

While Crytek explores free-to-play games on console, it is also slowly building up a platform to connect gamers on PC. The aforementioned Gface is that platform, and Yerli has big plans for it.

“As a company, [we will] transition from a developer to a service company, and we’re going to offer a platform, with G-Face, to any other [developer that needs it],” he said. 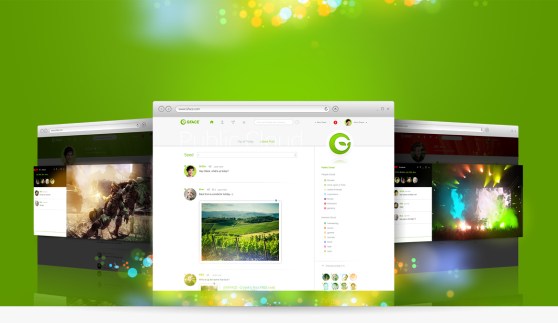 The idea is to provide a way for Crytek’s teams and other developers to reach a worldwide audience that wants to play high-quality free-to-play games.

“If we could launch our games on a platform that already exists today, and we could get the same results, then we wouldn’t build our own platform,” said Yerli. “But we’re convinced that our platform does some particularly new things that makes our games behave better. That’s why we plan to offer this service to third parties.”

In other words, the studio wants to build a Steam for the freemium model before Valve captures a stranglehold on that as well.

“[We’re only making the platform] to make the experience before you’re playing a game as good as possible,” said Yerli. “We want to make sharing and finding games with your friends easier. So when we make the platform, we only do it to make sure the gaming is better. That’s our principal.”

If you’re worried that all means Crytek doesn’t want to make games anymore, don’t be. Yerli is taking a wide-angle approach to the future of gaming. He wants Crytek to dominate free-to-play for hardcore gamers, and that means pushing new titles, new studios, new platforms, and better visuals.

It’s all about making games better.

“This doesn’t mean our main business will be driven by our platform business,” said Yerli. “We are just going to open it up and see how it works. We are always going to be a games-first company. We will always have our own development because we are all about making games. We provide technology, but technology is not our main driver. We make technology to make great games.”