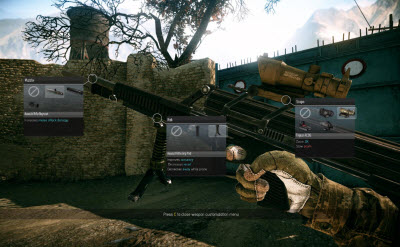 GamesBeat: So the question is, Warface would probably be able to run, but GFACE might not be able to sit on top of a console.

Yerli: Yeah. A technology like GFACE has a tremendous amount of backend needs so it can deliver games like Warface. I would think that platform holders would have to adapt to those circumstances first, and then we could see Warface there. Right now, though, we have no plans to put Warface on any of the next-gen consoles.

GamesBeat: Did you have any opinion on the PS4 as it stands right now? How does it look to you?

Yerli: I have less of an opinion about the next-gen consoles and more about the fact that–I think going out and talking about it was a good thing for the market. I’m not about to judge it at this stage.

GamesBeat: Is the Wii U from Nintendo even on your radar as far as making games?

Yerli: We did have Crysis 3 running on the Wii U. We were very close to launching it. But there was a lack of business support between Nintendo and EA on that. Since we as a company couldn’t launch on the Wii U ourselves — we don’t have a publishing license — Crysis 3 on Wii U had to die.

Going forward with free-to-play support, as I said, I believe in a future where we have to get away from the single-player mindset. You have to be together with your friends from day one, from the first title screen. That philosophy is not in embedded in the console generations. The console generations are very much in the same kind of traditional, “I play by myself, then I meet my friends somewhere at a certain point in the game” mindset. On GFACE, as I said in the presentation, the only place where you’re alone is on the login screen. Once you’re logged in, you’re in a realtime ecosystem. When they’re online, you can interact and do all kinds of stuff with your friends.

GamesBeat: What is the balance you foresee between cloud processing and then client processing? For something like Warface, it’s an always-connected game. Does that mean you’ll do some of the processing in the cloud?

Yerli: We do, yeah. Warface does have a little server logic for AI, physics, telemetry things, and for scores. There’s a lot of logic there. The client is rendering and doing some game logic, but the game logic talks to the server very often. The game says, “I’m doing this — what do you think?” The server replies, “No, you shouldn’t do this” and corrects it. Authority rests with the server. It’s a proper client-server game. 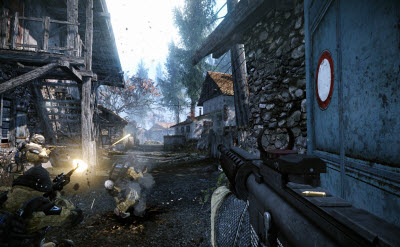 GamesBeat: Is there a likelihood that, as cloud gaming becomes more robust, more of the processing could move to the cloud?

Yerli: Certainly. We’ve been playing around with cloud gaming, cloud rendering, and things like that since 2002. We had prototypes rendering Far Cry from a server to a browser screen. That was quite an exciting time. Back then, my problem was, people don’t have a PC that can play our games, so how can we get them out there? Now we’re looking at much smarter ways than just rendering from a server to a screen. We’ve been looking at more economically viable methods for the last three years now.

Rest assured, GFACE is a cloud platform. It’s a cloud structure, with cloud architecture behind it. At some point, I see it being completely cloud-driven, but we’ll transition slowly to that point as we mature the ecosystem, from pricing to the capabilities of servers to the way bandwidth is made available to users. If you were to change an entire country over to cloud delivery, cloud rendering, there wouldn’t be enough bandwidth. Not even in the whole of the U.S. right now.

You can see it already with movies. Netflix is consuming something like, what is it, 30 percent of all traffic? Despite the fact that they have a smaller number of users now. If everybody were to play with cloud rendering, all of a sudden the network would collapse. It’ll take time until everything has matured enough for everyone to go 100 percent cloud.

You have to make the right model. You have to make it fair. You have to be high-quality. As long as those aspects are there — and my friends and I can play together, with that aspect ingrained into the vision of the platform — then I’m happy to deliver everything we do on consoles as well. But I don’t want to compromise my vision and just get two out of three pillars on the console. We might have high quality and free-to-play, but what I want is a console game with high quality, a free-to-play model, and a deeply social experience. I want that social experience from the title screen to the mechanics of the gameplay to every other aspect, going way beyond just sharing screenshots and videos. 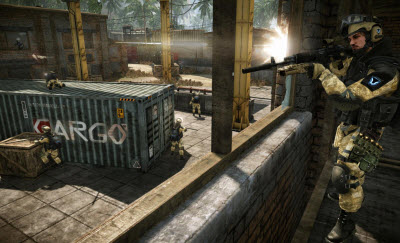 GamesBeat: How do you get people to get off their Call of Duty habit and try out a game like Warface?

Yerli: This will be an interesting year. We’re launching at an interesting time right now. We already outpace Call of Duty by a huge margin in Russia. You might say that’s no big surprise because of how the Russian market works. [laughs] But what I mean is, obviously Call of Duty and Battlefield 3 are great games, but they still come from a very traditional way of thinking. You play the single-player, then you meet with your friends to play some PvP sessions. Once people realize what social means with Warface — and Warface, in my opinion, is the world’s first social FPS game — they don’t want to go back.

I think it’s the kind of situation where a new technology, a new style of gaming, disrupts the old style. To be frank, why would you spend $20 or $50 dollars to play with your friends when you could get this for free? You never have to reboot or reinstall again. Every year there’s a new Call of Duty. Every year I have to start my career again. Here you just keep going for the next five years. You get better and better, and the game evolves along with you. Unlike other free-to-play games, this game doesn’t stand still. Five years from now it’ll be like playing Warface 5, but on top of that you’ll have those five years’ investment of time that you can carry with you.

Players can grow with the game. They can decide where the game should go. They can give us feedback and express their desires. We’ll run polls about content updates. We’ll ask them what they want — this update or that one? We’ll communicate and react to the community much more frequently. We’ll have daily updates, weekly updates, monthly updates, quarterly updates. We have reward cycles designed around intervals from daily to annual. We have big plans to make spectating a great experience, and also to make being a pro gamer a great experience. We want to widen the range of experience you can enjoy with each game that’s on GFACE.

Plus, once you’re in Warface and GFACE, you’re in the GFACE ecosystem. Once you’ve discovered the experience of being with your friends in one game, when new games come in, there’s a persistence across all that in GFACE itself. It rewards you for using GFACE as your destination for online gaming.