Female characters are in demand this year in first-person shooters. Crytek’s online offering Warface, a free-to-play title nearing its formal launch in the West, has added women to its lineup of playable soldiers.

The game offers high-end graphics based on Crytek’s CryEngine technology. Warface has more than 7.5 million players in Russia already, and if it takes off in the West, it could present a real challenge to paid PC and console shooters, which contribute to a multibillion-dollar business.

“The female characters are a big hit in our Russian service,” said Joshua Howard, executive producer for Warface at Crytek. “We’re showing off a game that is more ready for primetime.”

The title has a revamped tutorial where you can play in a cooperative mode against bots. You can also experience more multiplayer co-op options and an easier way to get into matches for versus mode. It also has a new mode dubbed Storm where two online teams battle for the same territory on a map. Players can take on contracts and earn rewards for completing them, and they can purchase new material in the store.

Crytek has shared new details for its “sneak peek,” which will let people engage in gameplay sessions just before the formal launch.

We caught up with Howard during a live session last week. Here’s an edited version of our interview.

GamesBeat: You’ve been working on this for a long time. What would you say you’ve been polishing in Warface? 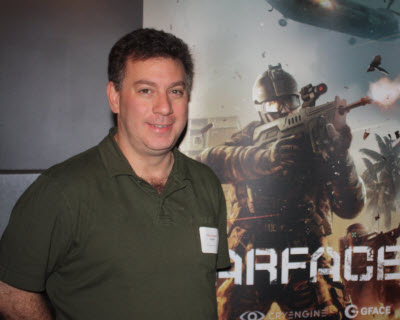 Joshua Howard: It’s been about doing some tuning that we thought was important for the U.S. and European markets, as well as doing some underlying work to make sure that the stability of the system was strong for those users. At the same time, we’re offering an example of some of the new features they can expect over time — the sneak peek features and a variety of new pieces of content that are good examples of what can happen as time goes on.

GamesBeat: It’s been out in Russia and other places for more than a year. What would you say you’ve learned from the beta market?

Howard: It’s been exciting to see what’s similar and what’s different. While the core of Warface has been successful in a variety of different markets, it’s interesting to find out where it needs to be different. What makes a Russian player different from a Western player or a Chinese player? Those have been interesting lessons. Trying to find the best lessons in each region. When the Chinese players really liked this, is there a version that we can use for the Russian players or Western players that works as well? That’s been an interesting challenge, learning what’s different and why versus what’s the same and why.

GamesBeat: Did your players demand the female characters, or is that something you were planning?

Howard: That was something players asked for in Russia. It turned out to be a really big hit. Since then, players in other countries have asked for it as well. It’s not something we necessarily planned on doing, but we responded to the users. That’s part of what we love about the games-as-service model. It’s not just us delivering a product and saying, “Here it is.” We work with the customer through the community and say, “What do you want to see?”

GamesBeat: Warface is a free-to-play game. It depends on players buying virtual items and so on. Is that working well?

Howard: It is. We see the free-to-play model as a great opportunity for players to decide when and what they want to consume. There’s a variety of ways you can pay for something in the game, but you don’t have to. That’s important for us. The tuning and what’s different about it in different regions involve the things you can pay for and how the balance of that works. The goal is to be fair. What we’ve learned is that fair in China is different from fair in Korea is different from fair in Brazil. It’s about being fair in each individual market. We’ve taken some time to do that well. 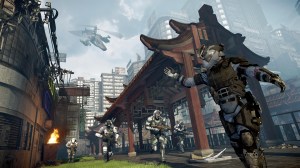 GamesBeat: We’ve noticed that one of the things you can buy is a mystery box in the shop.

Howard: Yes, the random box is something we’ve especially seen in Asia. It’s an effective system. It works well for us in Russia. We are making some changes to it for our Western launch, but the core idea of playing a game and maybe you get lucky. You’ll get something of value regardless, but if you’re lucky, you get something extraordinary.

GamesBeat: How long are the play sessions now? Have you adjusted that?

Howard: On both sides, sort of. Including the two initiation matches instead of just one means that new players come in, and there’s more content for them to consume every day until they’re comfortable. More sessions overall, more play types overall, have increased play time with more experienced players. Things like the new mode in [player versus environment] mean that we’ve seen long-time players come back for more. The core strategy of continuing to evolve and grow the game, our data demonstrates that’s been working out in various regions. You may feel like you’ve seen a lot, but you come back next week, and there’s something you’ve never seen before.

GamesBeat: What are some new kinds of scenarios that you have?

Howard: The new versus mode, what we call Storm, is a variation on the team-versus-team area-capture mode. One of the things we’re excited by is, not only is it a new mode for us, but it’s the first to feature some of our new setting. We’re just announcing our Asia setting with the sneak peek in the West, which has a very classical Chinese city feeling to it. It’s a very different environment for Warface.

GamesBeat: It sounds like people are trying to dominate one area, hang on to it, and then move on to the other side.

Howard: Yeah. You control an area and keep the other team out. If they can lock it down, then there’s another area you have to defend. If they can take all three areas before time’s over, they’re going to win. If you can defend, you win.