Anthony Zuiker, the creator of the CSI TV series, has crafted a new kind of story dubbed a “gamified narrative,” which combines the interactivity of games and the video of movies and TV shows. 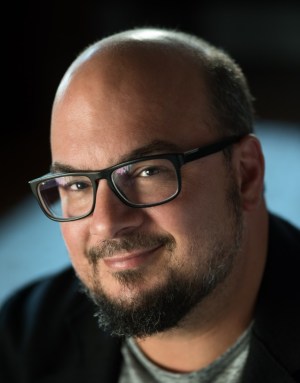 Above: Anthony Zuiker, the creator of CSI by David Zentz

The seasoned entertainer hopes to establish the combo game and animated video series — a marriage of Hollywood, tech, and games that will appear today first on the Nabi tablet — as a new category of entertainment for kids, who are immersed in all kinds of digital entertainment.

Mysteryopolis combines the Hollywood script-writing chops of Zuiker with interactive gameplay. So kids don’t just watch the episode. They “play” the episode, Zuiker told GamesBeat. The whole effort is a partnership between Zuiker, gadget maker Fuhu, and family-focused gamemaker Fanlala.

“I wanted to tell a straightforward story that kids can understand,” Zuiker said. “And I feel like there’s a metropolis of mystery in this franchise. The gaming element has to be fun, and it also has to support a great story.”

The original animated series will debut as an app on Fuhu’s tablet for kids, the Nabi tablet, which offers learning lessons, videos, TV shows, apps, games, music, and books. Fuhu makes its content available via its Nabi Pass subscription service, and it will make Mysteryopolis available the same way in an effort to target the kids demographic. The Nabi tablet is selling well, and it is available in a large number of retail outlets for the holidays.

“We wanted to work with one of the best storytellers in the business today,” said Alan Anderson, the CEO of Fanlala, in an interview with GamesBeat. “We also wanted to target the right distributor. And this tablet has sold quite well, and it has done very well in places like Walmart, Best Buy, and other chains.”

Mysteryopolis tells the episodic story of Jordy, a 13-year-old boy turned special agent. He must save his hometown of Mysteryopolis from a big threat. He is joined by a team of heroes that includes a quick-witted tablet device (yes, an animated tablet), a trusty dog Kloo, and his classmate Blaze. Zuiker wrote the story and also conceived of the challenging activities and games. The creative process took him about three weeks, he said.

“Ever since the first CSI and being a father, I’ve always wanted to do something around mystery-solving for kids,” he said. “Fast forward to a whole new world of tablets as the screen of choice for kids, and I just knew the timing was right to marry storytelling and gaming and do a mystery series for kids unlike ever before.”

The Nabi Pass is available for $5 a month on Fuhu’s family of Nabi tablets, including the Nabi 2, the Nabi DreamTab, and the Nabi Big Tab HD 20-inch and 24-inch tablets. Those tablets are already driving millions of streams of entertainment a month for children. The Nabi series is targeted at kids around ages 5 to 10, Anderson said.

Jim Mitchell, the CEO of Fuhu, said in a statement, “We are excited to partner with Anthony and Fanlala to bring Mysteryopolis exclusively to Nabi Pass. We’ve created a valuable platform that gives unique opportunities for content creators and major studios to build a network of hard-to-reach and engaged audience — kids — almost instantly. This partnership underscores the value that Hollywood content producers see in Nabi and our ability to bring new interactive content with engaging experiences for kids.”

Zuiker is the executive producer of the project, which reminds me of games such as Telltale’s The Walking Dead series, where a player has to make a choice and then sees the consequences of that choice unfold in branching storylines. But Zuiker said that the narrative is a single story. Kids can play gameplay segments in between the video, but the story always winds up with the same ending.

The first episode uses Zuiker’s signature storytelling style, and it has a special guest voice from hip-hop artist and actor Shad Moss, aka Bow Wow from CSI: Cyber.

If you do well in the gameplay, you earn more gold coins. “The gaming element allows you that interactivity,” Zuiker said.

Anderson said the Nabi platform has a timed exclusive, and Mysteryopolis will appear on more platforms later.

“We have a controlled environment now where we can get feedback at the outset,” Anderson said. 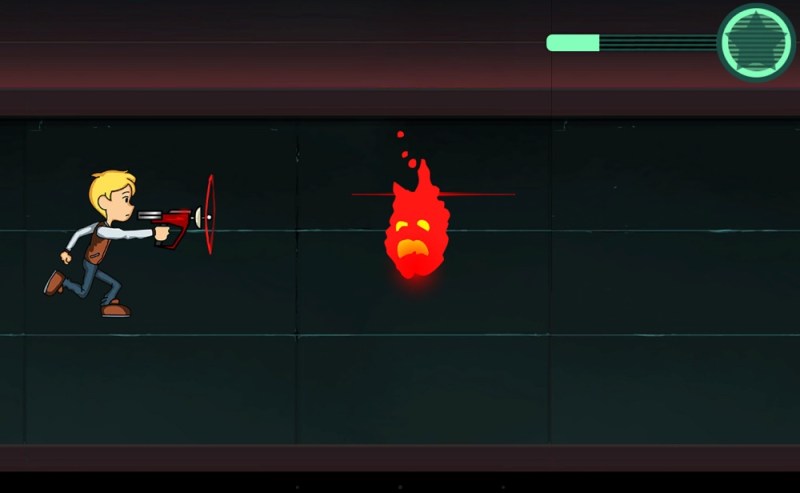