Studio MDHR has sold an estimated 1.5 million copies of Cuphead for the PC and Xbox One since the challenging run-and-gun game debuted on September 29. It’s a surprise hit of the fall, made by a family-run company whose leaders mortgaged their homes to finish it.

Chad, Jared, and Maja Moldenhauer of Studio MDHR talked about making Cuphead and the reaction to it in the opening fireside chat at the MIGS 2017 game event in Montreal. The talk was moderated by Jason Della Rocca, former head of the International Game Developers Association. The talk in front of a crowded room of game developers was like the end of a years-long fairy tale — and struggle — that the Cuphead developers journeyed through as they finished their 1930s-style-cartoon inspired platform video game.

Last week, Cuphead won awards for best debut indie game, best independent game, and best art direction at the prestigious The Game Awards, which you should (or shouldn’t) consider to be the Oscars of video games. 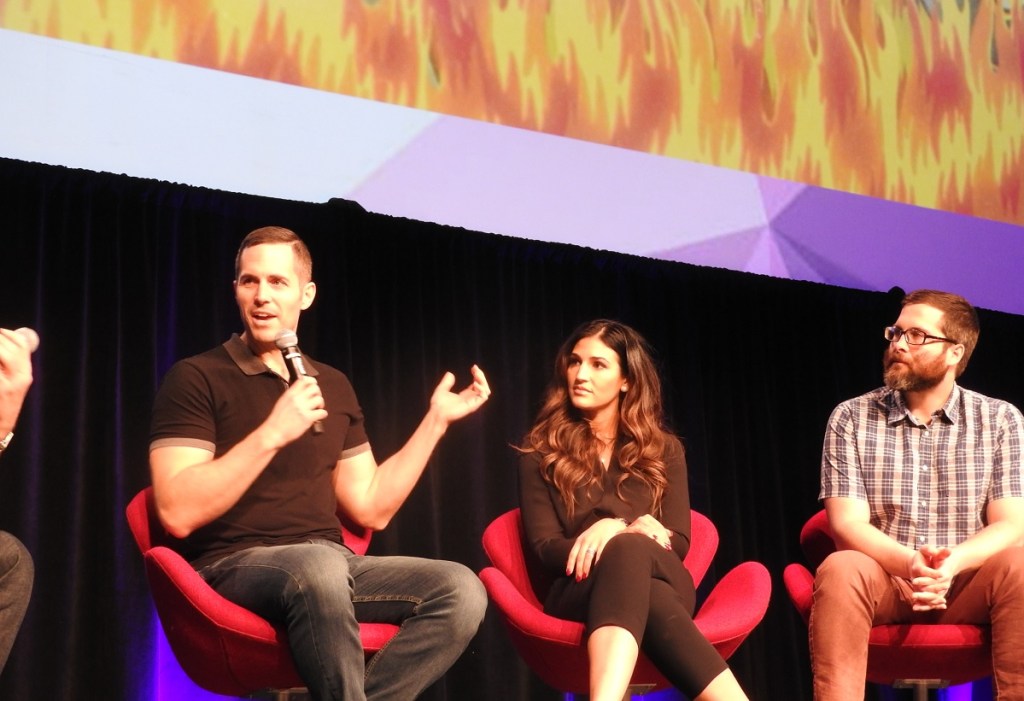 Above: The Moldenhauer family mortgaged their homes to make Cuphead.

“The great outcome of that is we can keep making games for the rest of our lives,” Chad said onstage.

It was the last thing you might expect, considering the game’s humble origins. Brothers Chad and Jared grew up playing old-school video games, and they loved platformers. They also took after their father, enjoying old cartoons like Disney’s Silly Symphonies, Chad said. They always dreamed of making a video game. When they finished playing a game, they would talk about. “Wouldn’t it be great if this happened instead?” they’s exclaim to one another.

But Chad was a construction worker for his dad’s company, and then he moved on in 2003 to become a web designer. He decided with Jared, who worked in construction, to try to make a game part time. Chad’s wife Maja, who had a background in biomedical physics and finance, was fully supportive. During her maternity leave, she joined in. Chad taught himself animation.

“We came out of nowhere,” Maja said. “We came from day jobs. We went home and worked into the wee hours. We didn’t go to conferences. We were a couple of dorks in our basement trying to make a game. I was an artist.”

Chad started doing some art, and the style that took hold was their original concept with the 1930s cartoons. When they got serious, Chad stopped doing the art and got kicked upstairs to art direction. They decided to build a game with eight boss fights and nothing else.

They applied for a grant from the Canada Media Fund, but were turned down. The Canada Media Fund gives governments grants for indie studios, and it has funded more than 300 games with $130 million to date. (A representative who introduced the speakers said that next time around, all the Moldenhauers have to do is ask). 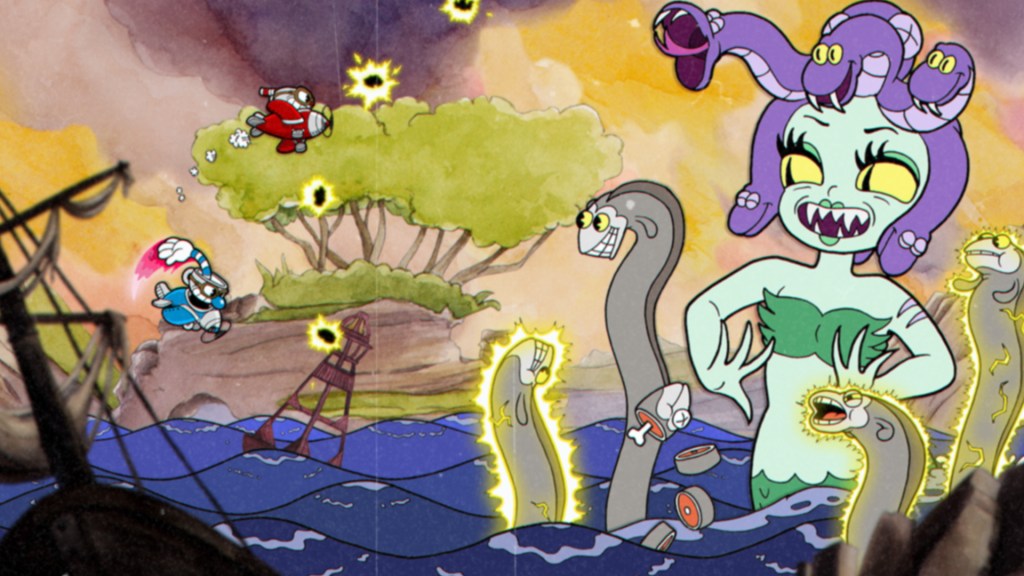 Microsoft’s ID@Xbox scouts noticed Cuphead through a submission the team made to the Independent Games Festival at the Game Developers Conference. In 2013, Microsoft engaged with Studio MDHR and decided to publish the game as an indie on the Xbox One and the PC. They gave a little money to fund the project, but not much. Instead, they promised a ton of marketing support that would prove invaluable.

That enabled the company to show a little of the game at the Electronic Entertainment Expo. They had such a good response to the game’s 1930s style cartoon look that they decided to go further.

At the second E3, Jared and Chad got to go up on stage at Microsoft’s event to talk about Cuphead. That’s when the tide of fan support took hold.

She added, “It’s important not to romance things. We did not go from zero to hero. We did things in chunks. We had a reception from fans before we remortgaged our homes.”

They vastly expanded the game to include more boss fights and a kind of overworld. 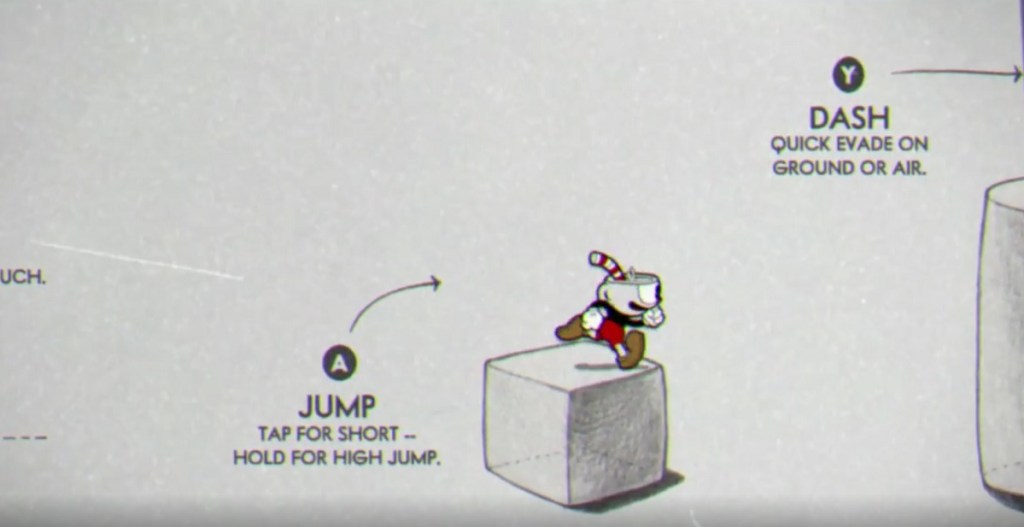 They were uncompromising in their vision. Maja said they didn’t hit their original shipping targets because Chad wouldn’t approve the hand-drawn art until it looked perfect.

But they did have conversations about difficulty. They wanted it to be as hard as the games they used to play.

Ultimately, about 25 people worked on Cuphead, while about 14 people did most of the work. In the last four months, Illogika, a Canadian game developer, started helping out to bring the project home. Maja said its assistance proved invaluable.

Maja said the team didn’t have a marketing plan. And they couldn’t afford a PR firm. There were some social posts, but Microsoft was instrumental with the reach on its platforms. Maja confessed they didn’t have a PR plan, and Microsoft’s people responded, “Great. let us help you.”

“We were desperate,” Maja said.

Three people in the audience of hundreds raised their hands when Della Rocca asked who actually finished the game.

“It is crazy difficult,” said Jason Della Rocca, who moderated. “I barely finished the first island.” 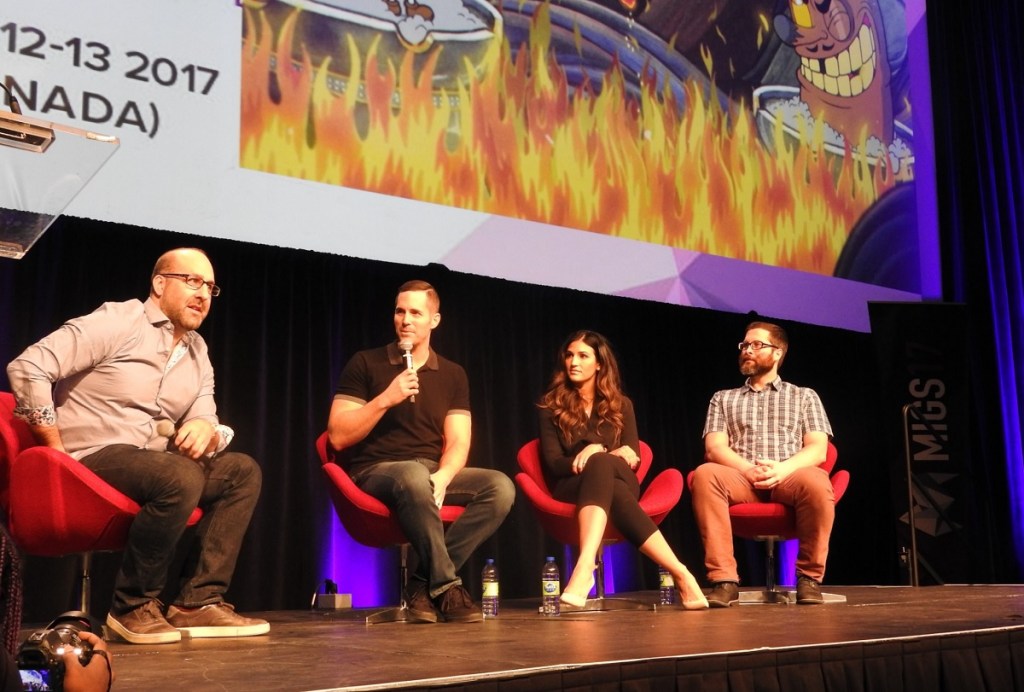 Jared said that he tested the game with friends who enjoyed fighting games. Some of his friends were speed runners, while some played maybe a game a year. He went to conferences.

“The intention was to have a game similar to when we were younger,” he said. “On the SNES, it was like waking up angry and not knowing why it was so tough. We wanted to bring that feeling back. I wasn’t certain I could make games again in the future. If I am going to make one, I was going to make it like the game we were raised on. It is hard by modern standards. Maybe like Mario 1. Most people have forgotten what it was like.”

He noted you can’t have a conversation on the couch with a friend while playing. It takes concentration.

“It isn’t a kids game?” Jared asked. “How do you gauge what a kids game is if we grew up on this.”

Jared said they could have put checkpoints within the boss fights, but it “ruins the real feeling of satisfaction.”

Ultimately, they added a “simple” mode in addition to the harder “regular” mode. Most people haven’t finished the game, but they haven’t played simple mode much either.

They had no idea that the game would be so well received. The Moldenhauer’s father gave them an envelope with his projection. He didn’t know anything about video games, and he predicted it would sell 480 million copies (Yes, it was a silly number, but cute). They took that in stride as a show of support.

The response from fans has been huge. Some have made custom art and short films. The Moldenhauers found some Cuphead graffiti in Montreal and have seen about eight fans with tattoos. One fan got a tattoo back in 2014, well before anyone had heard much about it.

“Our attitude is that we love it,” said Chad. Studio MDHR has signed with King Features to do IP licensing and merchandise, so you may see more Cuphead paraphernalia soon. Disney has called, and they’ve had a conversation. 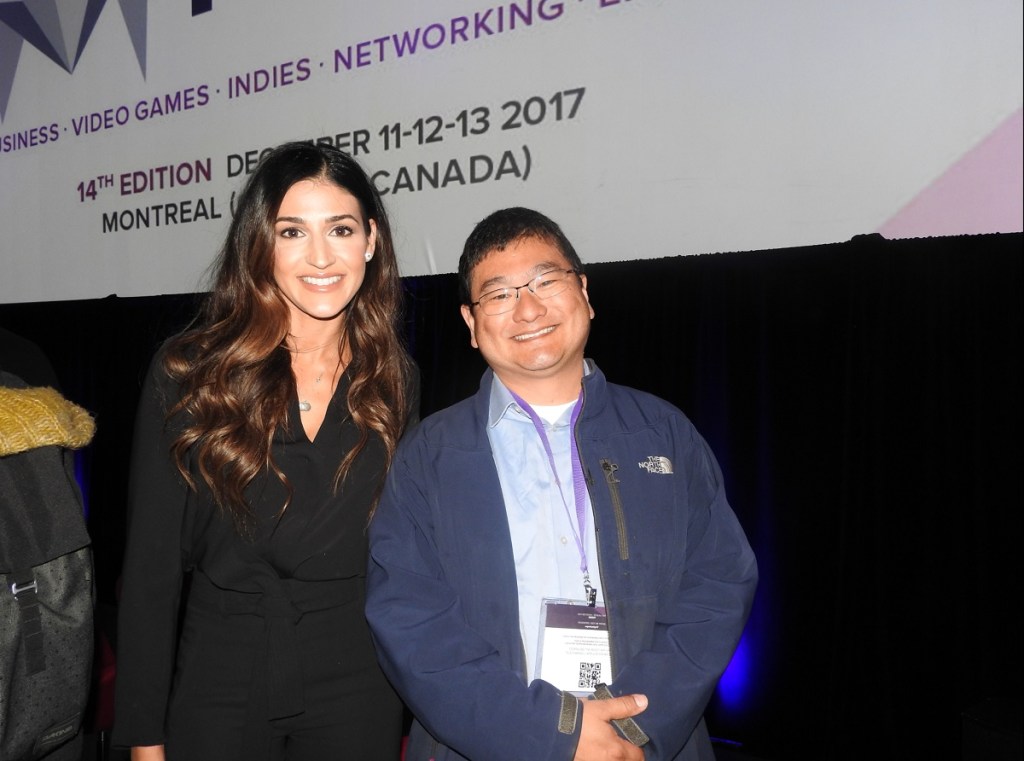 Above: Maja Moldenhauer and Dean Takahashi at MIGS 2017.

In the Q&A section, I asked about my video of bad video gameplay of Cuphead, the resulting Internet storm, and how that affected the publicity around the game and whether it was good or bad for it.

“There’s a saying there is no press that is bad press,” Maja said. “In that instance, any time there is some form of cyber-bullying, there should be zero tolerance for that.  After that, in terms of people’s opinion of whether it is too difficult, we should be able to communicate without being negative. We should be able to have some conversations.”

She added, “Jared and Chad had a clear vision on the type of game they wanted to make. They weren’t going to change that based on anything that happened in the media. They focused on their end goal. Any kind of noise outside we were sheltered from it.” Afterward, Maja apologized to me and said she was sorry I got hit with so much negativity. I said it had nothing to do with anything they did.

And Chad said, “When people ask us if the game is too challenging, it feels like going to a director of a serious drama, and then asking him, ‘Why isn’t it funny?'”