Cuphead is hard, but it’s not unfair. Like the run-and-gun games that inspired it (Contra, Metal Slug, and so on), you’ll need some skill and quick reactions to win. But most importantly, you need patience. Every death in this Xbox One and PC title is a learning experience. Winning is often just a matter of persistence.

But Cuphead isn’t just a mechanically fun sidescroller. Its visuals make it stand out as one of the most interesting indie games ever.

So many games looks similar. We’ve all seen the same fantasy and sci-fi environments. And even art styles that once seemed novel, like cel-shading, have lost some of their shine. It’s even a problem for indie games. So many of them use retro pixelated graphics or take inspiration from the same sources (like Studio Ghibli or Disney).

It’s nice to see a game use a more unlikely approach. Cuphead looks like a cartoon from the early days of cinema, taking inspiration from Fleischer Studios hits of the ’20s and ’30s like Betty Boop. But saying that it just looks like one of those classic cartoons doesn’t convey the length of the game’s achievement. Each character is beautifully animated in that style. It’s like the developers traveled in time and plucked animators from the period to work on its game.

Cuphead is largely a series of boss fights. This is smart, since it’s what the game does best. Each boss in Cuphead has multiple phases. This doesn’t just change the rules and mechanics of the fight, but it also alters how the enemies look. It’s like the story acts of a cartoon. A beautiful sea goddess will slowly turn into a monster. You’ll travel along a demon train as you fight multiple ghosts. Or you’ll fight through a gang or surprisingly deadly farm vegetables. Each one has unique animations and music that make them just as interesting to watch as to play. 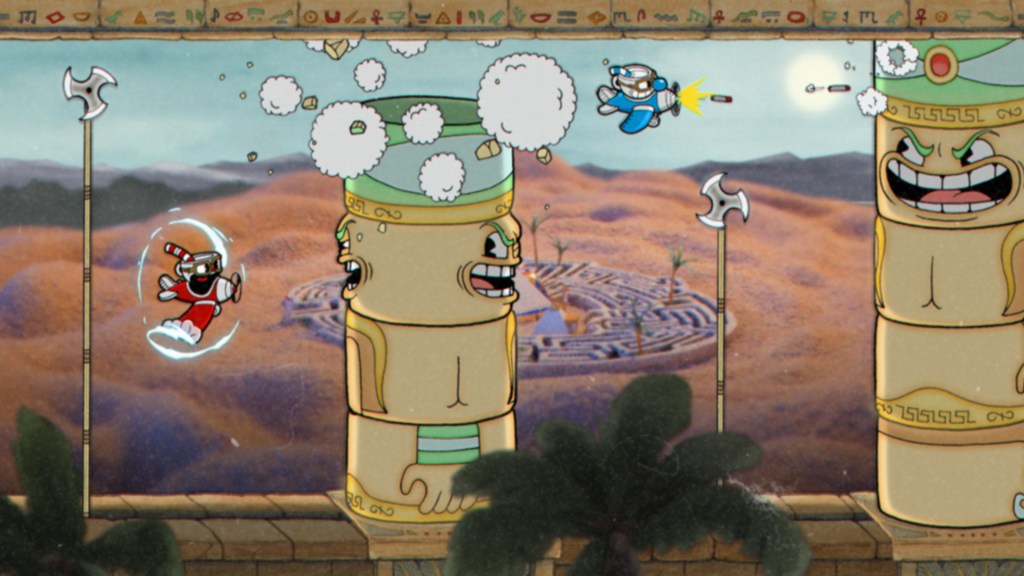 Above: Some stages put you in a plane.

A challenge you can beat

These bosses are hard. Some of them will take you dozens of attempts to beat (or much more). And, yeah, you’ll probably get frustrated. But the sense of accomplishment you get upon victory makes it all worthwhile.

And Cuphead does a lot to make things more bearable. Each boss is only a few minutes long. Once you die, you can quickly restart the fight. Even if you were almost at the end of the encounter, it won’t take you long to make up that progress.

Cuphead also gives you access to additional weapons and abilities through an in-game shop. Using coins you earn through optional sidescroller levels (which are hard, but not as challenging as most of the boss fights), you can purchase perks like invisibility during your dash. But you’ll also unlock weapons, like homing shots that do less damage but track enemies or a spreader that only fires a short distance but packs a ton of power. If a boss if giving you trouble, you can try equipping different abilities and weapons to find a better setup. 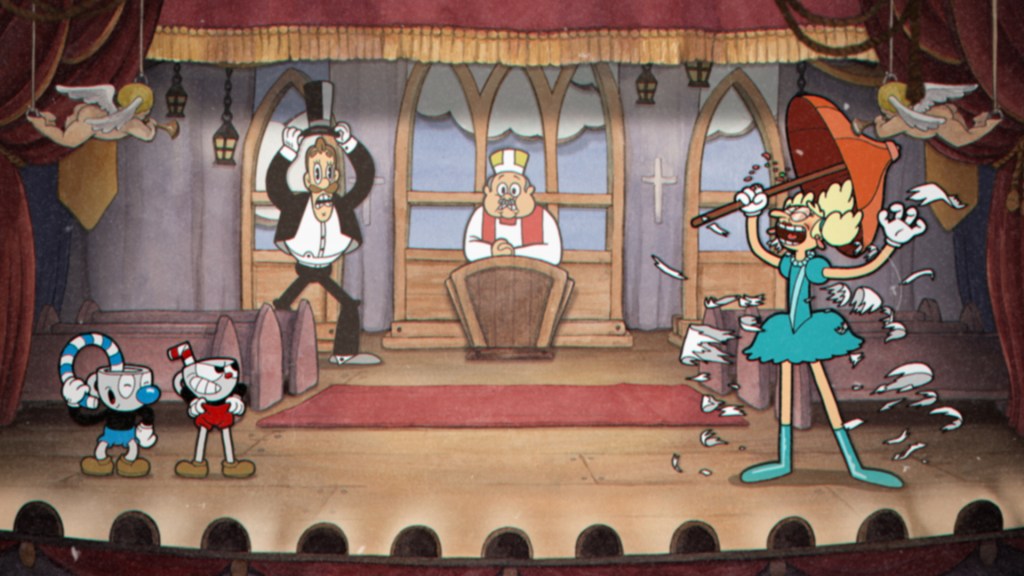 Above: One of Cuphead’s great bosses.

Cuphead feels like it wants you to play the game with two players, but I actually found the cooperative experience less enjoyable than playing solo. You’d think that having a friend to help would make things easier, but it doesn’t.

Yes, you can do more damage-per-second with two characters, but the game gives bosses extra health to adjust for that. So the increased attack power isn’t an advantage. But you do have some big disadvantages. It’s much harder to navigate your way through enemy attacks when another player is taking up space … especially when his character looks almost exactly like yours.

The big bonus is that your friend can revive you after you die. When you lose all your health, you turn into ghost that floats toward the top of the screen. If they other player can perform a parry move on you (which you execute by pushing the jump button while already in the air), you come back to life with one health. But this isn’t as helpful as it seems. For one thing, your ghost will often be somewhere that your friend can’t reach. Trying to make your way to a dead ally often just puts you in harms way and gets you killed. And if you both die around the same time, you’re screwed. And even if you manage to save each other a bunch, those ghosts start flying toward the top of the screen at faster rates. 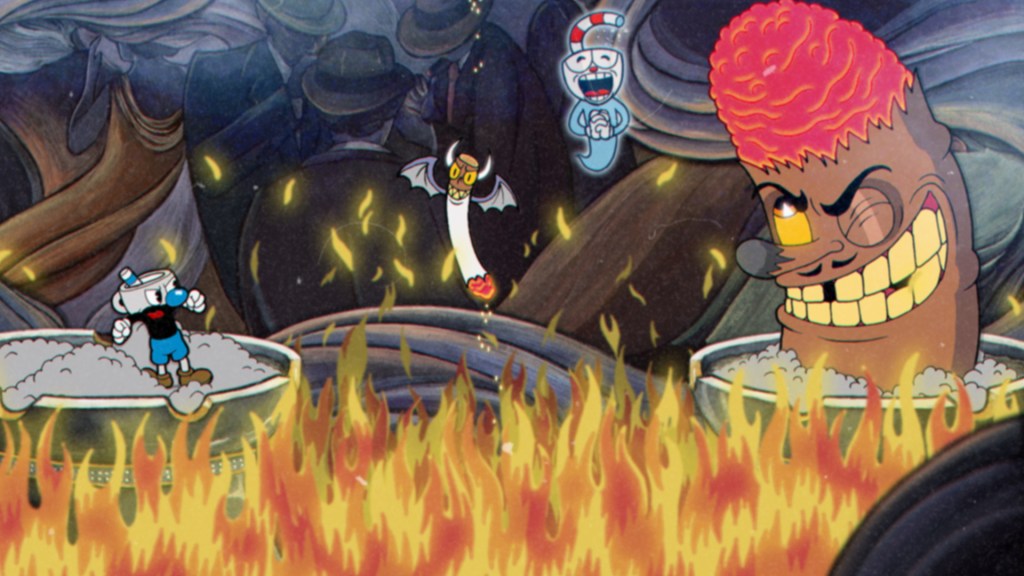 Above: Everything wants to kill you.

These days, beating a game sometimes doesn’t feel like that much of an actual achievement. But I was happy and proud when I killed the last boss in Cuphead. The fact that it was so hard  made it so rewarding.

But Cuphead stands out even more for its beautiful animation. It’s rare to see a game so perfectly capture a specific style, especially one as relatively obscure as ’20s and ’30s cartoons. It makes me glad that technology can make such an incredible vision possible if a team is willing to put in the work, and I shiver to imagine how much effort all this animation took. But it was worth it.

Cuphead is out now for Xbox One and PC. GamesBeat received an Xbox One code for this review.