Because GamesBeat still believes the internet has a sense of humor, we’ve got another Cuphead video for you. The platformer from StudioMDHR and Microsoft debuts on the Xbox One and Windows on Friday. And I’m here to report that I’ve taken another run-‘n’-gun at this challenging game.

If you recall, I messed up on my first attempt to play Cuphead, and everybody laughed at me. I laughed at myself, calling the video “my 26 minutes of shame with an old-time cartoon game.” That video went on to get more than 764,000 views. Not only did people laugh at it, some got angry and felt I should be fired. I wrote about the fallout from that in a subsequent column. But I kept my chin up. I engaged with those angry at me, and tried to explain that I wasn’t a total doofus.

But when you have to explain that you’re not a doofus, you’re just in a bad spot.

So I tried to laugh it off. I asked people to be kind. I explained myself. I even went into the Kotaku in Action subreddit on Reddit to have a conversation. I learned a lot from that process, and so I feel like I went through the Norse underworld in Hellblade and returned from the dead. The storm lasted about 10 days, and then it died off.

But it was kind of gnawing at me. A couple of weeks ago, I went to a second Microsoft preview event. I got through the tutorial that gave me so much trouble easily. I zipped through it on my first try, in fact. Then I went into the Forest Follies level, which was the part of the game that I couldn’t get through in my first run. And I failed to get through it again. After more than an hour, the Microsoft folks told me I had to pack it up, and I left, downtrodden. I didn’t slay my Cuphead demon.

This week, I got a code to play the final game. In the comfort of my hope, I fired up my Xbox One. I got to the tutorial and took a deep breath. I concentrated and took a run through it. I got past the air dash quite easily, but then I stalled at the jump and parry. I got through it a bit slowly but survived the tutorial. Then I took a second run at the tutorial, and did a little bit better. That’s what you see in the video below. It’s not perfect, but it’s not quite as terrible as my first time through it. 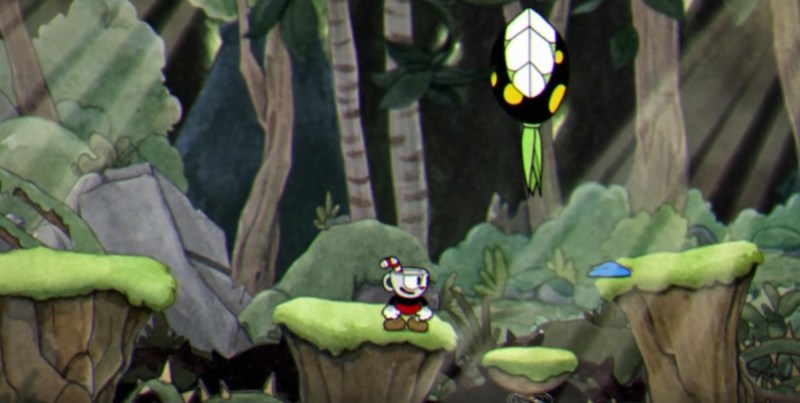 Above: This is one of those tough spots.

I noticed that StudioMDHR changed the tutorial. It added a block after the dash, where you press A to leap down from a higher level. It also took out the red gun, the one that sprays short-range shots in multiple directions. I’m not sure why it did that, but all you have access to is the blue gun, which fires long-range, single-shot volleys. So I went into the first level with just the blue shooter. I’ve learned that tutorials are important, and they’re not as easy to make as I thought they were.

Then I played the Forest Follies level again. I took a while to warm up, and then I got into a state of flow. And I failed again, over and over. I played it for more than an hour and finally got through the Forest Follies level. It wasn’t pretty. I was sweating, and I felt like I was losing weight while I was playing. But I kept telling myself that, after my earlier disgrace, I had to prove that I could do this. So I kept at it. I struggled and managed to keep my final life and get across the finish line. It felt good to get through that final jump, as if there were 764,000 people watching me. I got a C rating on a scale of A to F. But I made it. I’ve shown you that final run in the video below.

We’ll have another writer, Mike Minotti, do a full and proper review of the game. But I wanted to show this to the world. Sloppy as it is, it’s my authentic play. Not skillful, but not completely clueless. 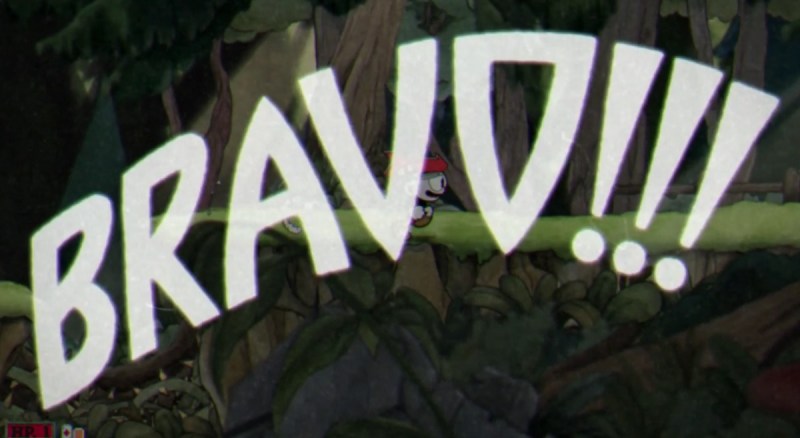 Now I can get on with my other goals in life. I’m not sure I want to try to play more Cuphead. Now all of you will have your chance to see just how easy or hard the game is, and you can decide for yourselves if I’ve redeemed myself or not. Thankfully, I don’t have to listen to that cheerful piano music anymore.