ZeptoLab has shown it can do something besides create Om Nom games. The Moscow-based mobile-game maker that gave us the megahit Cut the Rope series is announcing today that it has reached 10 million downloads and 6 million monthly active users with its King of Thieves game.

The company is hoping to set itself apart. A lucky company gets one good hit. But one with two is on its way to being something special to separate it from a million other game makers.

Misha Lyalin, the chief executive of ZeptoLab, made the announcement at our GamesBeat Summit event in Sausalito, Calif. The popularity of King of Thieves has to come with a sense of relief at ZeptoLab, which has been a one-franchise company for five years. ZeptoLab’s Cut the Rope physics-based series, which features the lovable creature Om Nom, has been downloaded more than 600 million times since 2010.

The Cut the Rope game was created by two brothers, Semyon and Efim Voinov. Its success allowed ZeptoLab to build up to more than 100 employees. Lyalin said that ZeptoLab spent two years making King of Thieves, which debuted last year on iOS and Android.

In an interview with GamesBeat, Lyalin said that the company deliberately decided to transform itself to focus on innovation in games. While it services the Cut the Rope fans, it also poured most of its resources and staff into making original games.

“We decided that we didn’t want to be a company with just one franchise,” Lyalin said. “We wanted multiple franchises. We looked at where those franchises could come from, and we decided that innovation was the No. 1 opportunity for us.” 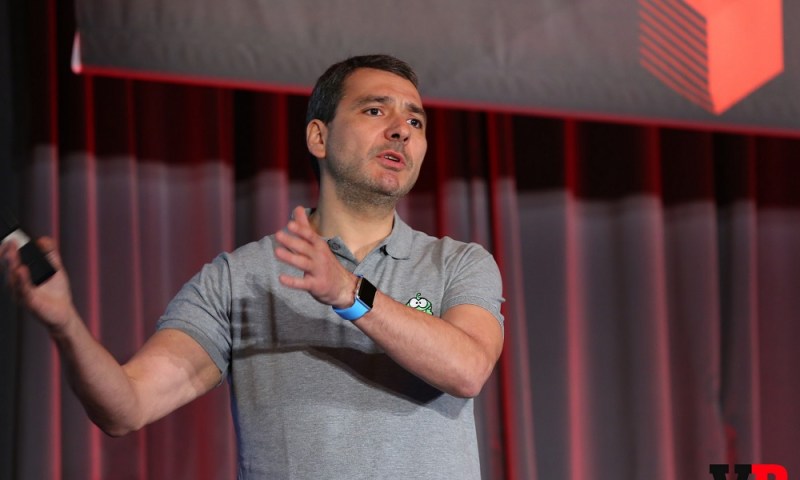 Above: Misha Lyalin, CEO of ZeptoLab, at GamesBeat Summit.

King of Thieves was one of about 120 ideas that the team came up with. They made about 50 prototypes. About five prototypes made it to soft launch in a small number of territories. To get the best ideas, the team held internal contests and invited people from the outside to give seminars, just make sure that the team got access to fresh thinking.

And, after two years in the making, King of Thieves was the only game to be launched.

And King of Thieves had four soft launches before it went global. With the first soft launch, the one-day retention of users was 26 percent, meaning that 26 out of 100 came back the first day after playing it. The seven-day retention was 9 percent. Roughly 60 percent of the users hadn’t even found the multiplayer part of the game.

The team iterated on the prototype more and introduced a new tutorial, a leagues system, and a big “find a match” button. 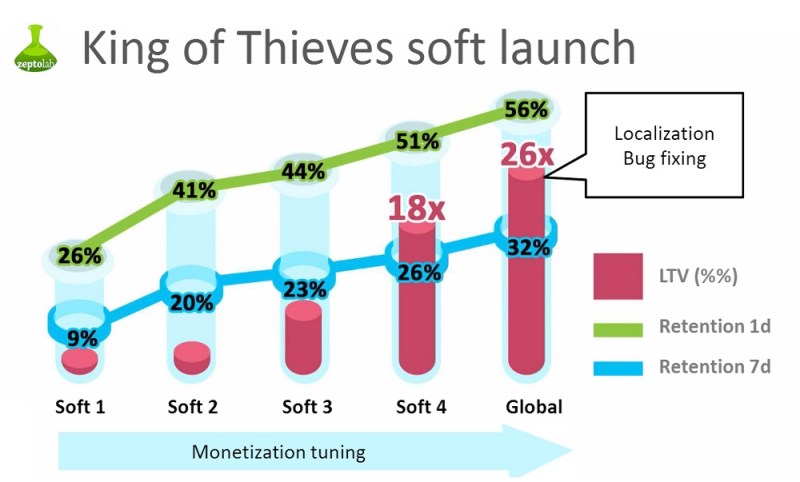 Above: King of Thieves soft launches

“This is a very common thing nowadays,” Lyalin said. “But we chose to target one major market in the world in a special way. We chose China, and the results were remarkable.”

Going international proved to be very important. ZeptoLab used Chinese game publisher Yodo1 to publish the game in China. In the first week, the game had 2 million users in China, compared to 2.3 million for the rest of the world.

Updating is also important. In celebration of its download numbers, ZeptoLab also announced today the launch of King of Thieves’ Guild Battles, a new competitive feature that pits similarly ranked guilds and their members against each other to win in-game currency and top rank positions. The company is releasing about one update a month. [Update May 7 730 a.m.: the update for Guild Battle has been delayed until May 14].

“Guild Battles up the ante — so to speak — of what King of Thieves has to offer players,” said Lyalin. “It’ll add another layer of competitiveness to the midcore experience that guild members have been asking for. With millions of players around the world joining guilds and plundering each other’s dungeons, we anticipate an all-out war to break out over-the-top rank positions.”

Every three days, Guild Battles will encourage players from two opposing guilds to steal, snatch, swindle, and swipe the most gems from each other’s plunder. Guild members can also help one another recover stolen gems previously lost to the opposing faction. The guild that steals the most gems from the opposition at the end of the three-day period will rise in overall rankings while the top 10 most active players will be rewarded with in-game currency and other prizes, Lyalin said.

King of Thieves is free to download on the Apple App Store, Google Play, and the Amazon Appstore. Players compete to become the wiliest crook in all the land by breaking into enemy dungeons, dodging deadly traps, and stealing gems from fellow swindlers. The game tests players’ wits and wiles, enabling them to create their own customizable fortresses to keep their hoards safe. As the game advances, players form rivalries and compete to increase their leaderboard standings, unlocking upgrades and additional traps.

“I’ve said it once, and I’ll say it again: I dare anyone to try and steal from me — in the heat of Guild Battle or not!” said Semyon Voinov, the creative director at ZeptoLab, in a statement.

Updated May 7 with delay of Guild Battle until May 14. 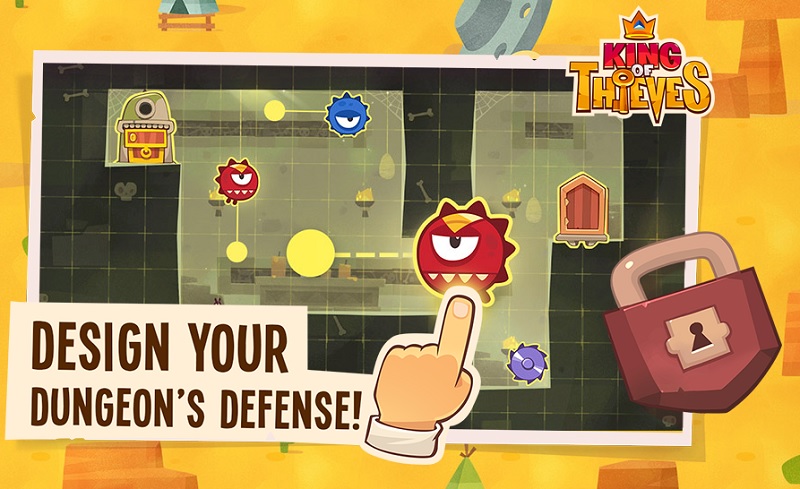