Rand Miller has dedicated most of his professional life to the Myst video game series and its fans. That’s why Miller, co-founder of Cyan Worlds in Spokane, Wash., announced a deal last week to create a new television show based on the Myst franchise.

The transmedia project involves not only a TV show with Legendary Television and Digital Media but other sorts of interactive media as well. Myst is one of the most successful game series of all time. The title and its sequels have sold more than 15 million copies, and Myst has a direct awareness with more than 40 million players, according to Cyan. The idea for the TV show has been percolating for a decade, said Blake Lewin, Cyan’s head of business development, in an interview with GamesBeat.

Legendary has an option on the Myst property, and the studio is now in the process of rounding up a director, writer, and other creative talent to flesh out the show. Meanwhile, Cyan is also working on a new project, dubbed Obduction, thanks to funding from a successful Kickstarter campaign last year that raised $1.3 million.

We caught up with Miller and Lewin about the latest twist in the Myst franchise. Here’s an edited transcript of our interview. 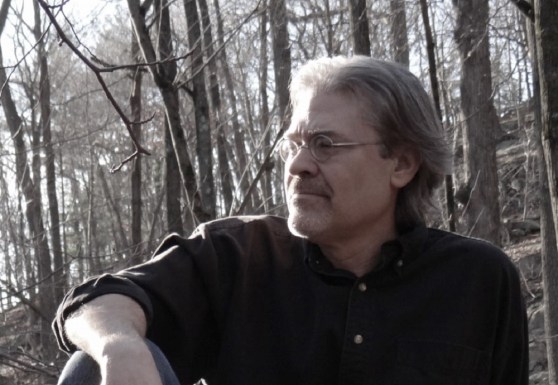 GamesBeat: It sounds like this is more than a TV show. Can you talk about how it’s a transmedia project?

Blake Lewin: What we’re excited to talk about is that in our work with Legendary, we’re hopefully going to create an entirely new transmedia property. We’ll take Myst to the depth Rand always has wanted to see it reach.

Rand Miller: Blake and I have a lot of history playing with this idea. Probably about 10 years. We worked with Blake when he was at Turner, working with a lot of ideas that kept coming up. We had some crazy ideas for transmedia back then. We basically thought we would have all of CNN at our disposal. The news people tended to frown on that idea. But the seeds for what this would become were planted. We’ve had a lot of interesting ideas for that second screen.

Lewin: To illustrate, one of the things Rand did for us at Turner was create the Wizard of Oz, where Dorothy’s house comes down, actually making that 3D environment with the idea that people would be watching a film and then moving over to an immersive environment. They made Rick’s bar from Casablanca. We experimented with this stuff, and for the most part, it was exploring this idea of a crossover between what Cyan does so well — immersive environments — and film and television programming.

Miller: We have some ideas that may be a little different as far as transmedia and where we want to go. Nobody has a corner on this. But our goal in all this isn’t to take away the attention from the first screen. It’s easy to say that a lot of people use their tablets while they watch TV to fill the space where the story gets a little slow or it goes to a commercial. But I don’t think the tablet and the experience of the second screen should take you away from the first screen. How it’s evolved in our heads over the years is that it should actually put more value into the first screen.

That’s how we look at this differently. That second screen experience — Blake and I talk about it this way. Let’s say your first screen experience is an episodic story that plays out. Your second screen experience should almost make you want to re-watch that episode again. It plays in really well with a Netflix kind of distribution, where you can binge. Except, it means that instead of just watching the episode once, you’ve suddenly imbued it with more value because of that second screen. You want to see it a second time, maybe even a third time. … In terms of the scale, it’s more like music. You want to own something because you want to see it again. Without going into too many details, that’s the direction we’re leaning toward going. 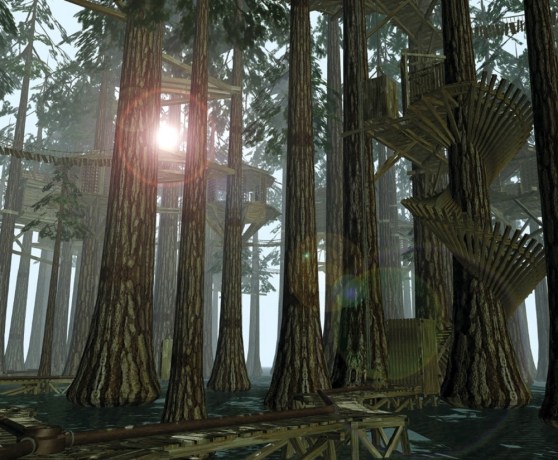 Above: The trees of Myst.

GamesBeat: If the studio has taken out an option, what kind of commitment does that represent? It’s putting some cash down but not necessarily committing to the actual show just yet, right? 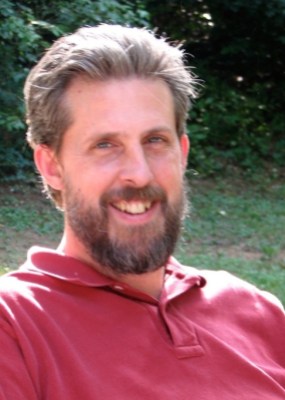 Miller: That’s right. But in our working with Legendary, they’re putting a writer on this. They’re going to get a director and a showrunner. They’ll put a package together. The next step is to flesh out what the show is going to be and then sell it to a cable network or Netflix or Amazon. Then, the real development will begin. It’s still early, but we’ve been working on this deal for the last nine months.

Legendary is definitely behind this, and we’re excited that it’s them. They’ve done a phenomenal job in the film industry with their fanboy stuff and their dedication to the brand. They’ve got that same fervor and passion for Myst. It’s been great to see that respect for our property, and a similar passion for making it true to what the fans want.

We’ve been down this road before. It’s kinda crazy. We don’t understand Hollywood either, necessarily, and how stuff gets done, from our little shop up in Spokane. But we obviously had the big feeding frenzy when Myst was popular back in the day. … And then over the years there have been some nibbles and some paths we’ve gone down. It’s always, “I dunno, that might be good to work with; I’m not sure.” We’ve gone down some paths and made some money in some cases. But this one feels pretty good.

GamesBeat: After you guys split apart, did Robyn [Miller, Rand’s brother and co-founder of Cyan] try to make some TV shows or movies or something like that?

Miller: Yeah. He was more interested in linear after he split and continues to be. He made a movie called The Immortal Augustus Gladstone and released it online. That was his first official foray into film. He’s really excited about that. We’ve talked about what it means for Myst to be part of a linear format, and we have some interesting ideas. But he’s not directly involved in this.

GamesBeat: You had that option for a movie back in 2010, which I briefly confused with what happened next week.

Miller: That was interesting. Given the fact that we didn’t understand Hollywood, we kind of let some fans take off with this, and they did such a great job that … we put them at arm’s length and said, “OK, we’ll let you guys run this. You’re doing a great job.” But it just never went anywhere, for reasons I don’t know. It could have been the way it was approached. It wasn’t with a studio so much as a production company. Anyway, hopefully, this time is the charm. So far, it’s been as good as anything we’ve done.

GamesBeat: Before now, back in 2010, was that the furthest you ever got with some kind of movie or TV deal?

Miller: Yeah. There was some earlier stuff, years and years earlier. I think it was the Sci-Fi Channel. It wasn’t that far along. Then, there was a change at the head of things, which seems to always happen to us. Somebody who was gung-ho for it went away and the other guy wasn’t as gung-ho for it, and it just drifted away, which is fine with us. If we don’t have somebody who’s gung-ho for the thing, we’d just as soon not do it. We have some amazing people pushing things at Legendary who are big fans. That’s huge for us. 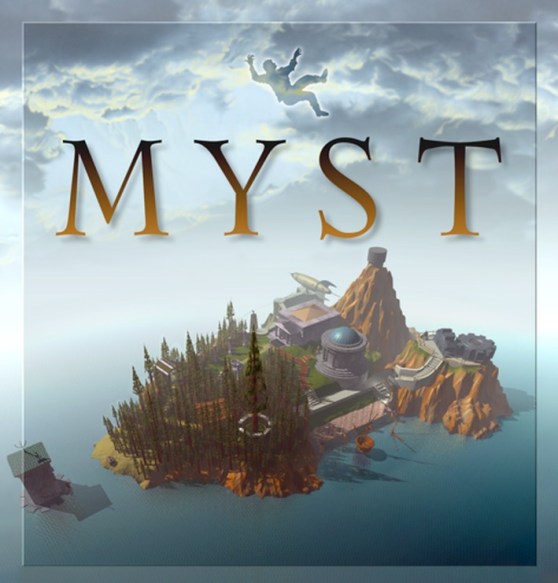 Above: The original box art for Myst.

GamesBeat: What started this project off, then?

Miller: The options came back from that previous agreement in 2010. … I brought a friend of mine in, Larry Shapiro, who’s out there in Los Angeles, and he started looking around. He brought it to the guys at Legendary and we put the deal together.

We would run across people all the time who would say, “Wait, you have all the rights to everything?” It’s unusual. When we signed all our deals for the Myst franchise, the publisher didn’t get stuff in perpetuity. We got all the rights to the IP, and it surprises people when they find that out. They think it should be all encumbered and unable to be made. That’s opened doors sometimes.

Lewin: To Rand’s earlier point, none of us are getting any younger, so we’d better do it now. Or, we’ll be dead before it happens.