GamesBeat: What’s the other part of the transmedia? Are you thinking you can bring in mobile or some other kind of game? What other platforms would work with the TV show?

Miller: There are lots of possibilities we’re tossing around. Some of it depends on who we may partner with and what their areas of interest are. We have to wait before we focus. Or, it may be that we don’t have to focus. Depending on who we get interested in it, it’ll probably lean toward one platform or another.

Lewin: The tablet is probably the best bet right now. Again, we don’t want to rule anything out. There are lots of other opportunities. Lots of people want to have both linear and interactive content on their platforms. But the tablet is the one being used most by consumers. It’s not like we’re forcing a certain kind of behavior.

If you dig down into the Nielsen data, it’s very revealing. People are reading email and Facebooking and not really engaging with the television as they have that second screen. But early work I did at Turner years ago shows that there’s a propensity for people to really want to get more from that first screen. In the early days of interactivity, when we were putting all sorts of stuff up on the first screen, people didn’t want that to interfere with the picture, but they do want more.

Having the tablet, especially given the power tablets are producing right now, we’ll be able to do some amazing things — immersive, game-like experiences. The show helps you play the game, and the game helps you understand the show better. It’s a symbiotic relationship. Hopefully, it feels cohesive and not just like a slammed-on second screen. I think there’s an immersive thing here, and that’s what we’re excited to work on. 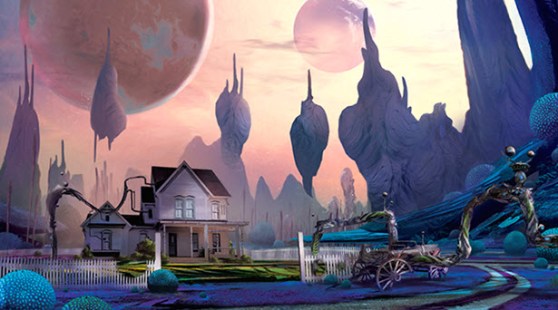 Miller: Yeah. The difference is between what’s happening immediately and what’s happening next. Right now, we have people at the office banging on Obduction. It’s going really well. It’s big, but we have some skilled people, and they’re working hard. We tried to make it bigger today, but I think I got beat down on that. Little by little, we’re trying to get it down to something that feels like a smaller, doable size.

We don’t have any launch window yet. Within another six months, we’ll be able to know a pretty good date, but at this point, we’re just starting to get things pretty. It’s hard to project how long some of these things are going to take.

GamesBeat: Do you see this relating to the TV opportunity in any way?

Miller: I see everything as related. My mind just works that way. The relationship we have with Legendary is for Myst stuff, but we always have ideas that lend themselves back and forth. The Obduction storyline is incredibly rich, and relationships are the first step in making things happen.

GamesBeat: Did Legendary do something in particular that made you think they’d be good for this? Were there any other productions you admired?

Miller: It seemed like every time I went to the movies and saw something from Legendary, I got a good return on my investment. I keep watching previews. I have a habit of going on my Apple TV and watching trailers. I think it drives my wife and kids crazy. But it seems like they just keep hitting on really epic storytelling. I don’t know who does it better than them right now. The growth of their studio is reflected in that.

Lewin: That’s the other thing. We’ve admired their moviemaking over these years. And they have the rights to World of Warcraft. It was very exciting to have this opportunity. We feel like we’re getting on the ground floor with their TV and digital division.

The Myst story is so big. Some people may not realize that. They just see you wandering around on this empty island. But with the depth of story that Rand and Cyan have built into the Myst franchise, there’s a lot of things to be told. TV is the best way to do that because you can get in 13 hours a year. That gives us a lot of room to grow and explore this world.

GamesBeat: As I remember the story, the linking books seem to be pretty key to creating new chapters or new episodes. That seems like a natural connection for something like TV.

Miller: Exactly, yeah. Those are a great portal. We have some interesting ideas on where to take those. Some of them are tied more to the original story, and some of them skew it in interesting ways. But of course, that’s a great vehicle for having adventures.

GamesBeat: The TV show doesn’t have to be dedicated to just one world.

Miller: Exactly. We think that’s what people would love to do — see glimpses of all these neat places. Even if they’re small, you get this idea. Myst was about having this hub in Myst Island, but the interesting part was when you got to have a glimpse of this other world and go there. Anything that has to do with Myst, you would expect it to play on that theme. 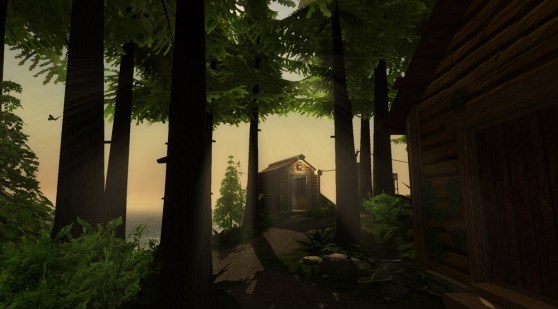 Above: Buildings on Myst Island.

GamesBeat: What’s the status of Myst now? You guys mentioned that there are 40 million people with direct knowledge of the franchise. Do you have any other current information on Myst?

Miller: The most interesting thing about Myst is just how long it’s been able to sustain. A lot of it has to do with how the platforms have changed. When Myst washed ashore, the mobile platforms came around, and we were able to convert over. We hear a lot from people saying, “Oh, I never got to finish Myst back in the day on my computer, but now I’ve got my iPad.” How many people get a second chance to see these things through? That’s really satisfying. We’ve had this new surge since we’ve been converting those titles over. It’s come at a good time, with the Legendary deal as well. It all helps.

Lewin: Take something like Star Trek, a series from the ‘60s that’s almost 50 years old. It’s renewed and exciting. New films are being made today. A franchise like Myst is … evergreen. There’s so much to it that we can introduce to new audiences. We have a fantastic following, but there are so many more people that we’d love to get into the game.

GamesBeat: Different artists over time have had their problems with Hollywood. Have there been any issues that have given you pause over the years?

Miller: Well, the whole thing gives me a lot of pause. I never understood exactly how it works. Some of it is just trust, honestly. This is exactly how we would up with [original Myst publisher] Broderbund in the first place. We didn’t understand the publishing business. We’d managed to make most of the game before we even lined up a publisher. When we took it to various publishers, it was less about money at that point than finding somebody in that company that said, “Oh my gosh, this would be awesome.”

That’s what Broderbund showed us, and that’s how it feels with Legendary at this point. We have some people on board and entrenched there who can help us and make this happen, who send us the right vibe. We have to trust somebody. Why not have it be guys who know Myst and love Myst and want this to happen as much as we do?

Lewin: That’s probably the better answer as far as “why Legendary?” The minute we started the conversations with them, it was clear that they got it. They respected the franchise. One of the guys on board there, Cory Lanier, is definitely a fan. The writers they’re looking at, one of them published a top-10 list, and Myst was number two. We trust that they’re going to take good care of this. They’ve proven that with the other properties they’ve dealt with over the years. 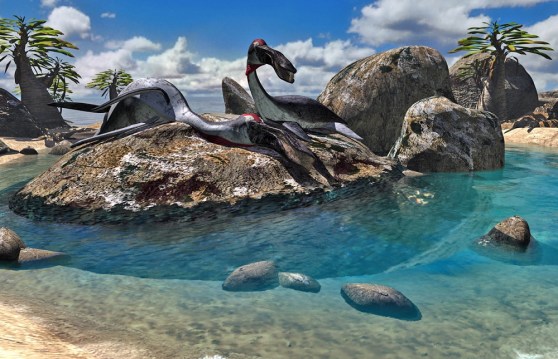 Above: The art of Riven, the sequel to Myst, was even prettier.