The deal comes a week after Dapper Labs raised $250 million and cut a similar deal to create digital collectible NFTs with the LaLiga soccer league, and it is a new twist on the successful strategy where the company combines a popular brand with NFTs. Dapper Labs did that last year with NBA Top Shots.

NFTs use the transparent and secure digital ledger of blockchain to authenticate one-of-a-kind items. That enabled Dapper Labs to sell NBA Top Shot moments to fans as rare collectibles. In the past year, the company and fans have sold more than $780 million worth of the NBA Top Shot moments in the marketplace.

That has made Vancouver, Canada-based Dapper Labs, which has come a long way since it launched CryptoKitties in November 2017, a leader in the booming NFT collectibles market. Others are getting in on the action too, as SoftBank invested $680 million in the 30-person firm Sorare, which makes an NFT-based fantasy soccer game.

With the NFL, the partners want to drive fan engagement again by letting fans own digital video moments of the best plays of the season using Dapper Labs’ blockchain technology. Roham Gharegozlou, CEO of Dapper Labs, will be a speaker at our upcoming GamesBeat Summit Next online event on November 9-10.

The new digital collectibles will give NFL fans the opportunity to collect and own of some of the greatest and the most talked about in-game moments from leading players week-to-week throughout the season, including current-day superstars and legends of the game. Additionally, fans will get the chance to own and collect some of the greatest plays from NFL history.

Gharegozlou the company aims to give the 300 million NFL fans the opportunity to own the game moments that matter to them and engage with the sport in a new way. Fans will be able to buy and open NFT packs featuring their favorite NFL heroes, show off their newfound digital NFT collections, and trade moments with other fans. Similar to other products created by Dapper Labs, fans will also have the ability to buy, showcase, sell, or trade any of their moments in a dedicated marketplace on Dapper Labs’ Flow protocol.

Dapper Labs is also working on a WNBA version of the Top Shots moments. 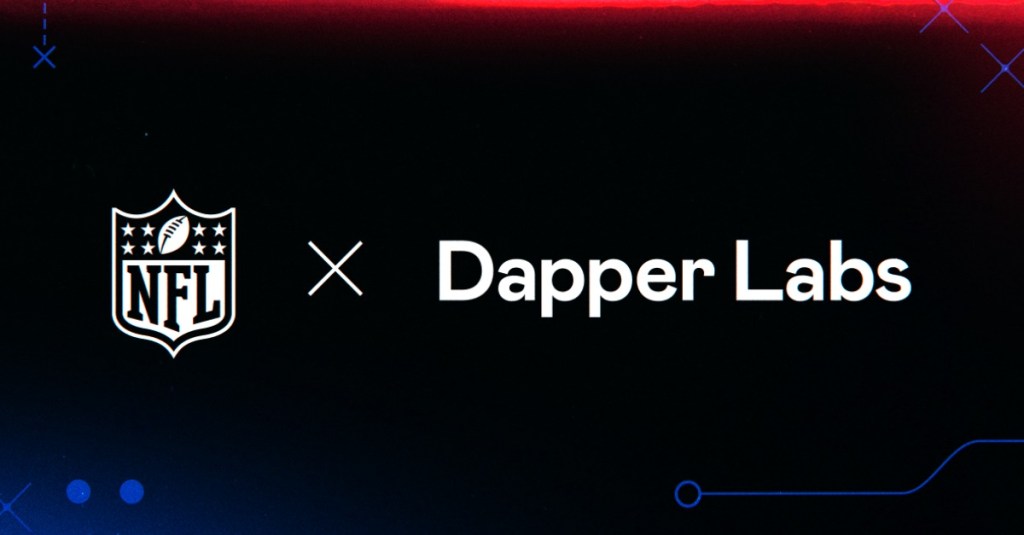 Above: Dapper Labs, the NFL, and the NFLPA have teamed up to do NFT collectibles.

OneTeam Partners, the group licensing partner of the NFLPA leading their digital media business, facilitated the new deal in collaboration with all parties. Henry Lowenfels, chief product officer at OneTeam Partners, said in an interview with GamesBeat.

“I have always felt that the sports gaming market was really underserved,” Lowenfels said. “I believe in the power of the athletes to bring new monetization to sports. We’ve been doing some really impactful work on behalf of the athletes to try to grow these businesses and set up some some new franchises like this one with Dapper Labs.”

Both the NFL and NFLPA have been actively betting on new platforms such as Dapper Labs and new mobile gaming companies such as Nifty Games, which is making a new NFL Clash multiplayer mobile game.

He added, “We’ve been really excited by some of the gamification elements that they’re just starting to bring to the table with NBA Top Shot, and we really want to bring that to prominence with our NFL product. I also think there’s something really exciting and interesting about the NFL opportunity. The games are played pretty much every Sunday during the season, and these moments can be dropped at the same time and be the topic of conversation for the week. We’re really planning on taking advantage of that.”

I noted to Lowenfels that just a million people drove more than $780 million in sales and resales for the NBA Top Shot phenomenon. Lowenfels said, “We do view this as a mass-market product. And we think that it will only grow in audience size as people get more comfortable with the idea of NFTs and blockchain-related products (That’s you, Mike Minotti). And so right now many of the NBA Top Shot fans are early adopters and folks from the cryptocurrency community, absolutely. But what I’m seeing organically happen over time is a broadening of the market from there. We are starting to see more adoption. I think it’s a matter of time.”

He added, “I view this as the early innings of blockchain-based products in the same way that people were using the internet in 1993. It was mostly technologists and early adopters of the technology. People want to spend on the things they love.”