In a world of unlimited ammo, Sony’s Days Gone would be an easy game. You could strap on a Gatling gun and just mow down 500 or so zombies, or “freakers,” as they come running at you in the Oregon wilderness.

But even though the freakers are plentiful and fast, Days Gone doesn’t give you a horde of weapons and bullets. You do have access to a motorcycle, a chopper with the wheels of a dirt bike that can handle both dirt and asphalt roads. You can take to the open roads and flee when the danger becomes too great.

I was able to check out the latest demo of Days Gone in a 20-minute session at a Sony event ahead of the Electronic Entertainment Expo (E3) in mid-June. I’ve been watching this closely since Sony showed a riveting demo at E3 in 2016. I also played it last year as Bend Studio showed a different part of the game that unveiled infected wolves and a bear as possible dangers in the forest. I had a chance to play it last year, and I was able to play a mission in the open world again. 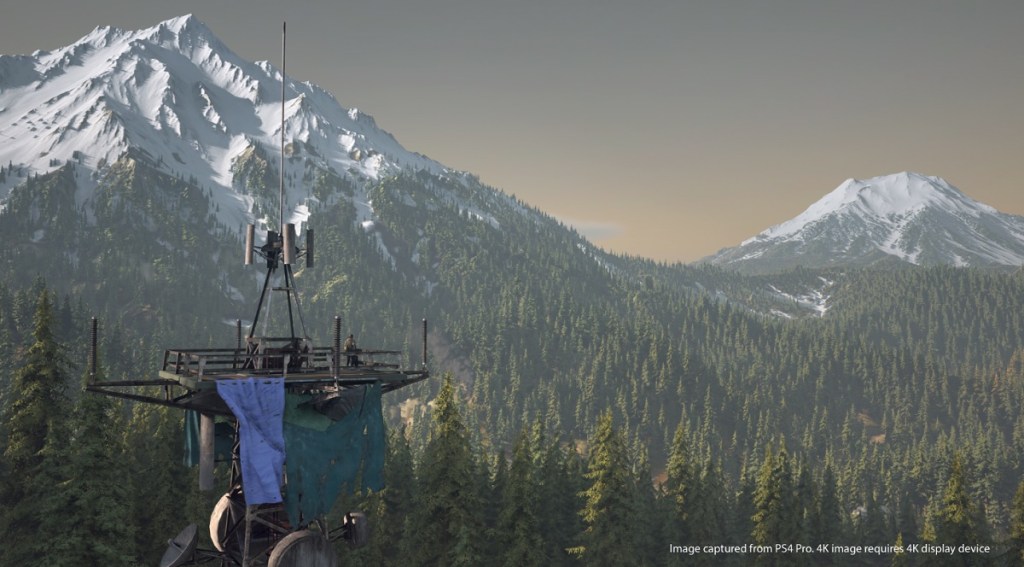 Above: Days Gone takes place in the Oregon wilderness.

With this demo, I was a little disappointed, as there wasn’t as much dramatic action. Creative director John Garvin briefed me on it and said it took place about an hour into the game. The narrative introduces the bounty hunter hero Deacon St. John, in a linear story for the first hour. Then the story pauses and allows you to explore the Oregon wilderness in a kind of open world level.

It reminds me of the wide open level in the middle of the linear story of Uncharted: The Lost Legacy, from last year. That game showed an open area could serve the purpose of giving gamers freedom to explore as well as a variety of missions to choose. Garvin said this level was not so different, though I didn’t get enough time to see just how big the wilderness was.

At first, I watched some other players. One of them was riding his bike near a creek and a bridge. He stopped the bike to attack a freaker and a wolf, parking his motorcycle perilously close to the water’s edge. He shot the freaker and then attacked the wolf. It proved hard to bring down, and just as he was about to shoot it, another wolf in the pack showed up and attacked him from the side.

The player realized he was going to get beat up, and he fled back across the bridge to the bike. Then he hopped on and drove it straight into the creek. The bike looked quite awkward as it was stuck in the water. But he managed to drive it upstream and then find a way to drive out of the water. Garvin said he was pleased to see the systems worked and the bike didn’t get completely stuck in the water.

In my own play session, I started out as Deacon in a safe camp, protected by barriers and wires. My first mission was to locate some bandages and give them to a friend who had been mauled by a beast. I looked around the camp to see vendors, but I didn’t have any money.

I hopped on the motorcycle, which Garvin said is like a character unto itself. Over time, you’ll be able to upgrade your motorcycle in many different ways. And you won’t want to leave it in the wilderness, as it’s your only way to travel. 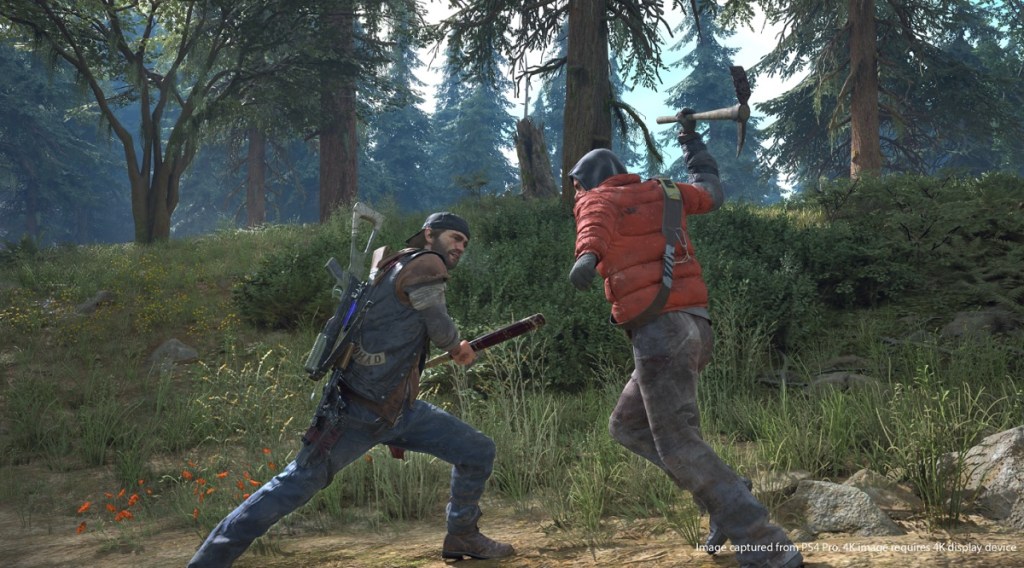 Above: Humans are going to be a tough enemy in Days Gone.

The minimap showed me where I needed to go, but I had to be careful not to drive too fast because of all of the turns in the narrow trails. I had to make sure I stayed on track. I veered off the trail a couple of times and had to double back.

I arrived at a camp with some unfriendly people. I took one out with a knife, but then I had to make noise and go loud with guns against another guard. I shot a few of them, and then the freakers came charging in, drawn by the noise. I fired at some, tried to fight hand-to-hand, but I got mauled pretty bad. I had to restart and try it again.

The next time I got to the camp, I was quieter. But I still had to open fire. I took out some zombies and then climbed to the top of one of the buildings. That gave me a better vantage to take out the freakers one at a time. I had to figure out how to turn on the electricity in the camp, and when I did so, I was able to open electronic locks on the doors to the building. Sadly, an alarm also went off at the same time the power came on. I went inside and found the bandages.

The freakers were drawn to the sound and a bunch of them started arriving. I had to shoot and dodge them and then find my bike. Then I got on and started driving through the freakers. I made it out and returned to the ranger tower where my friend was waiting for me. I didn’t encounter any wolf packs on the way, so I guess I should consider myself lucky.

He was lying on a cot, still. I shook him and he almost killed me. I gave him the bandages, and the mission was over. And that was the end of my demo. I barely completed it, but I was hoping that there was a little more action and story in that open world mission. 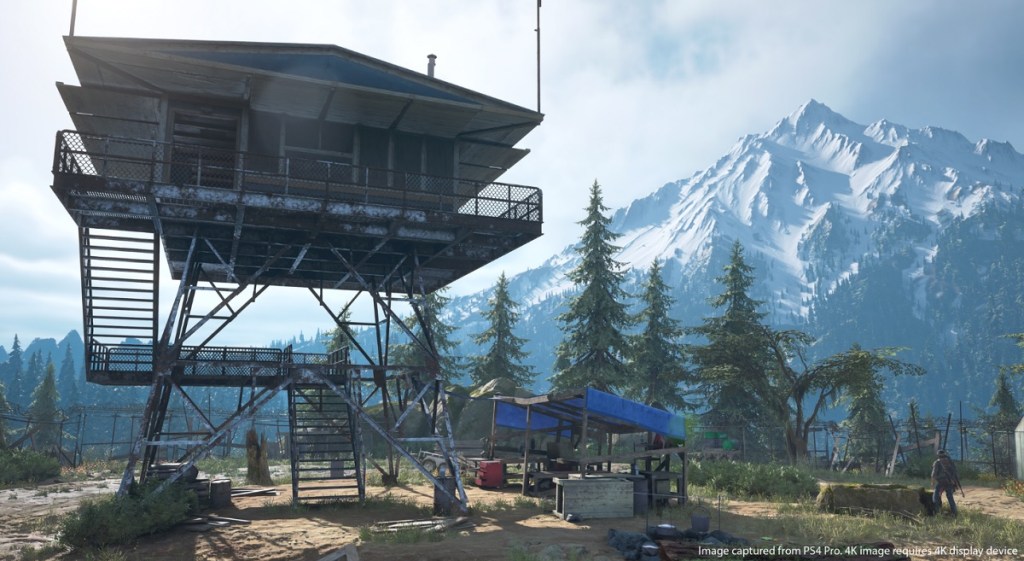 I think that Bend Studio should concentrate on delivering a more interesting story experience in the final game. Garvin said the team was tuning just how dangerous to make the open world. You want to feel like the world is attacking you, he said, but you don’t want to die at every turn.

I look forward to Days Gone, and I see its potential. But this demo was a little lackluster, without much emotion or engaging action. I hope to see better in the future.