Keiji Inafune, the creator of the Mega Man video game series, blew past his goal of $900,000 for a new game dubbed Mighty No. 9, raising $2.4 million in a crowdfunding campaign on Kickstarter. How that happened reveals an interesting glimpse at the new role of talent agents in the game industry. 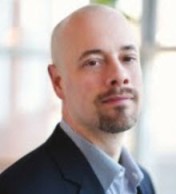 While Inafune supplied the imagination for his proposed side-scrolling game, which drew fans to the project, Digital Development Management, a talent agency for video games and digital entertainment in Northampton, Mass., provided a lot of the behind-the-scenes savvy in making that campaign a success.

In doing so, DDM redefined the role of a talent agency in the game business as it took on a lot of the tasks that a publisher would normally do — and charge a lot of money for — on behalf of a developer like Inafune’s Comcept.

“We did this entirely from the beginning of the project,” said Joe Minton, the president of DDM, in an interview with GamesBeat. “The developer does what they do best and still get their product into the hands of people who will enjoy it. We connect them with the world to make it happen. We have built what we believe is needed to make modern game deals happen.”

DDM has made its name as a talent agency, matching up game development studios with publishers and other entities that want to publish games. It represents some prestigious independent game developers, including Ninja Theory (Devil May Cry), Yager (Spec Ops: The Line), Disruptor Beam (Game of Thrones) and Zombie Studios (Blacklight Retribution).

DDM handles traditional tasks like finding a publisher for a developer’s game. But it also provides other consulting, connecting a developer to those who can handle game production, distribution, public relations, quality assurance, platform ports, and territorial localization. With crowdfunding, DDM enables a developer to move closer to a real product without ever having to approach a publisher. Publishers are still necessary in many markets, but they handle less of the work than they did in the past.

In some ways, DDM is behaving like a publisher for Comcept. But DDM still functions at its core like an agent, connecting different parties. Publishers do more of that work internally, functioning like an operator. DDM connects a developer to other companies that handle the operations, such as distribution in China. Those service providers let Comcept create its game and reduce the amount of time and resources it spends managing the project.

So DDM offers a one-stop shop, delivering a whole package for a developer so it can get on every major platform in every major territory. In the end, the new structure helps the developer capture more value as a company. The developer takes on more risk while the publisher handles less. The value is distributed accordingly.

Ben Judd, an agent for DDM in Japan, knew Inafune, and they trusted each other. The result was that Inafune commissioned DDM to handle the crowdfunding campaign.

“Working with DDM lets me focus on the wonderful challenge of creating a new video game while knowing that they will be ready to provide business advice and to secure the right solution for each publishing and distribution task that lies ahead,” Inafune said.

DDM has staffed up and has the bandwidth to handle multiple projects, but it provides a lot of service across a bunch of fronts. Hollywood agents such as Michael Ovitz paved the way for other agents to do a lot more work and even become powerful. But Minton said his company isn’t following any one particular business model.

“We are not using any other company for our road map,” Minton said. “For an agent, it’s incredibly gratifying to put deals like this one together.”