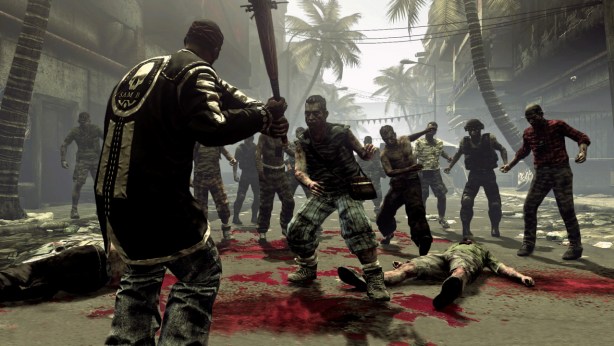 Dead Island is one of the most anticipated games of the fall gaming season. It comes out next week — and you probably wouldn’t know about it if it weren’t for a gritty, visceral game trailer that went viral thanks to social media and word of mouth.

Dead Island is a survival horror game that drops you on a zombie-filled island in the middle of a massive storm that has cut you off from the rest of civilization. It’s your job to survive and find other survivors and rally them together. The entire game is played from a first-person perspective, like modern shooters such as Call of Duty or Fallout, but features a wide variety of weapons outside of guns.

The game makes you to fight off massive hordes of hungry zombies and survive with whatever you can find nearby — knives, baseball bats and the like. Guns are scarce and the game forces you to fight off monsters that are eyeing you as lunch with even your own fists and feet. It’s a very vivid, in-your-face experience that tries to evoke the feeling that you’re fighting for your life as you try to push away a zombie gnawing on your face. 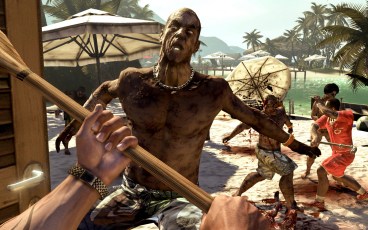 That vibe came through strongly in the game’s initial release trailer, Dead Island publisher Deep Silver chief operating officer Geoff Mulligan told VentureBeat. The original trailer went up in February on a Monday night. Mulligan approved it after watching it on his BlackBerry before leaving the country. That next morning it had around 750 views on YouTube. Then he turned his phone off and went off the grid. By the time he returned on Friday, the video had nearly 1 million views — well beyond the 100,000 the company had hoped for.

“It was a great, different kind of trailer — it hit people emotionally, not just with gameplay,” Mulligan said. “We decided to adjust everything on the fly, we got that kind of traction off the trailer and we started instantly modifying everything we were doing — the gameplay, a little bit of the story, the marketing campaign.”

The trailer (which you can view below) featured a visceral depiction of what might happen during a zombie attack at a tropical island resort, where no one — not even children — are safe from monsters hungry for human flesh. It didn’t pull any punches and immediately blew up on aggregator sites like Reddit, which both praised and slammed the trailer for its no-holds-barred approach to marketing the game.

“That filled me with an unbearable sense of inevitability and regret,” one Reddit user wrote in commentary for the trailer. “I always thought if a zombie apocalypse ever happened, it’d be epic and I’d grab a gun or an ax or hole up in a stocked shelter somewhere. I changed my mind, it’d blow,” another wrote. Both were top comments in the section voted up by the community, which means they were a pretty accurate depiction of the sentiment that appeared on the site surrounding the trailer.

The game picked up an enormous amount of buzz heading into the Electronic Entertainment Expo, one of the game industry’s largest trade shows, in July. Dozens of gamers lined up outside Square Enix’s booth to try out the game for a half hour. Those lines dwarfed the lines for Deus Ex: Human Revolution, one of Square Enix’s most high-profile U.S. releases in some time. About as many gamers were clamoring for a chance to play Dead Island as were trying to play Battlefield 3 or Star Wars: The Old Republic. 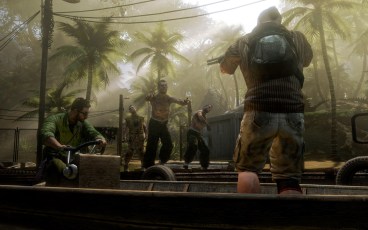 Dead Island was a blast to play at E3, where the whole island world was as gloomy and deadly as the feeling the trailer evoked. That’s partly because Deep Silver was able to get an enormous amount of consumer feedback for the game very quickly and tweak the game, which was not going to launch for another 7 months, Mulligan said.

GameStats, a site that ranks games based on the press, comments and general sentiment from gamers the game is getting, ranks Dead Island as the fourth most popular game right now ahead of its Tuesday release. The only games ahead of it are The Elder Scrolls V: Skyrim, Call of Duty: Modern Warfare 3 and Battlefield 3, and those are all games that are expected to be massive blockbuster hits with hundreds of millions in revenue for major publishers Electronic Arts and the like.

And it’s all thanks to the viral explosion of that original trailer.

“I’ve been in the games business for almost 30 years, I would be less than honest if I said [Dead Island] would be exactly as successful today without that trailer as it seems to be with it,” he said. “You can’t buy that kind of hype.”

The company’s next game, Risen 2, comes out in the first half of 2012. Deep Silver plans to apply some of the new strategies it picked up while marketing Dead Island to try and build the same kind of buzz for its next title. It’s not clear if lighting will strike twice for the company, but Geoff said he was confident in the release schedule and in Deep Silver’s next titles.

“We are not going to be a one-hit wonder, because I know what our release schedule looks like,” Mulligan said. “We’ve gotten so much more refined so quickly in calendar 11 that we’re looking to have equal, if not greater success.”

(Warning: the trailer is very graphic and might not be suitable for some ages.)