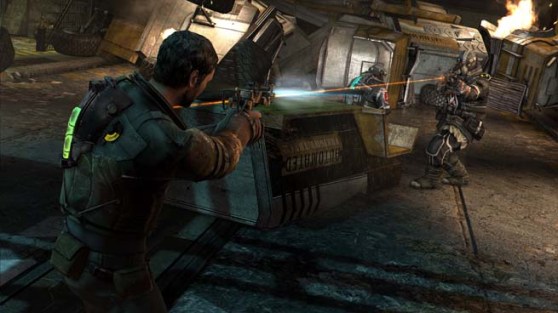 Dead Space 3 is less survival-horror and more dungeon-loot crawl, which coincides with an all-new weapon crafting system. You’ll need resources, which are found on dead enemies, in containers and loot chests, and scattered around levels to craft weapons (and upgrade your suit).

Weapons can have up to two engines attached (so two guns in one), and then the type of tip you combine with that tool will determine its effect. For instance, a Pneumatic Torch engine will become a flamethrower with a Default Tip, and a Cryogenic Torch with a Precision Tip. Likewise, you can turn a Military Engine into one of several assault rifle, sniper, or shotgun variations.

Then you can add circuits to increase or decrease a weapon’s stats (damage, reload speed, clip size, firing rate). The type of frame you built your gun on will determine how many circuits are available (up to eight max). And finally, each gun has two attachment slots. Attachment modules add all types of unique effects to the gun, including elemental damage, increased ammo, automatic reloads, and more. 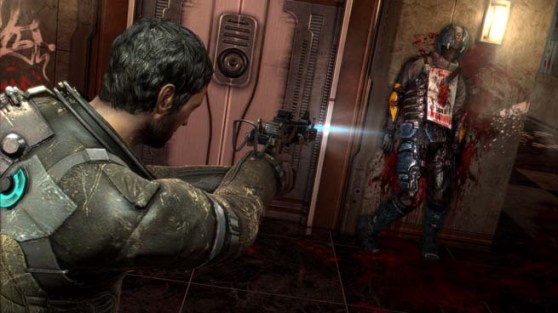 As you might have heard, Dead Space 3 features microtransactions because, obviously, all of the console gamers who played the first two games want to spend more money on top of their $60 retail purchases. The microtransactions revolve around earning resources for weapon crafting. You can buy a basic resource pack ($1), Ultra pack ($2), or Epic pack ($3). You’ll need to buy at least a few packs to really make a dent in any major weapon or suit purchases.

However, you can also use a scavenger bot to go out and find resources for you. You won’t get one of these bots until several hours into the game, and they’re only useful if you search for a specific area in each level to deploy them. By the end of the game, though, you’ll be swimming in resources if you’ve been using your bot(s) properly and regularly. They’ll also start bringing back Ration Seals, which you can use to purchase downloadable-content resource packs instead of paying real money.

Note: The Epic and Ultra DLC pack information seems to be switched in-game. So if you buy an Epic pack, you’re really getting an Ultra pack’s contents (a loss of a dollar). And the Ration Seals listed for the Ultra pack are twice the price of the Epic pack, but when you purchase an Epic pack with Ration Seals, you receive an Ultra pack instead. This is confirmed by a second party as of February 4, 2013.

In the blueprints section of the workbench, you’ll find a long list of developer-made weapons that you can purchase. These are all very resource-intensive, so you probably won’t be able to afford them until you can already make your own weapons. That said, they do come with some hard-to-find pieces, such as 3/3 circuits and other enhanced modules or weapon tips. So you may want to try buying some and breaking them down for parts. 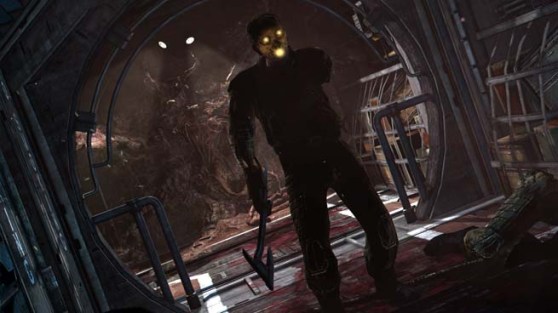 Dead Space’s combat was originally built on the idea that Isaac was an engineer, not a soldier. So his engineering tools had to make due in the place of assault rifles and rockets and the usual space marine arsenal. It also fit well with the game’s enemies, the Necromorphs, who were best dismembered, rather than having a million bullets pumped into them until they ceased to come at you, bro.

Well, not anymore. Isaac’s signature Plasma Cutter is no longer his go-to weapon, as it is woefully underpowered next to some of the new guns you can craft in Dead Space 3. This sequel also adds a number of human and humanoid enemies to the mix, meaning dismemberment is no longer an integral part of gameplay.

For short-range encounters in Dead Space 3 (of which you’ll have many), there is nothing better than a souped-up shotgun. Even at midrange, it can liquify most enemies with a single shot, or at the very least knock them back and remove their legs, allowing you to fire off a second fatal shot. The shotgun will also hit multiple enemies, so it’s good for small crowd control. As a general rule in Dead Space 3, you’ll want to crank up damage and rate of fire via circuit upgrades, but that’s especially true in building a beastly shotgun.

Next up, you’ll want to build a grenade launcher as soon as you can access the Survey Charge tool. For the most part, a single grenade will annihilate anything it hits, with the added effect of serious splash damage. However, that splash damage also applies to you, so make sure to equip a Safe Guard attachment to nullify any friendly fire. Then you’re free to run around and fire grenades point-blank without gibbing yourself. The only downside to explosive weapons is the limited clip, but since damage output is already high, you can focus on building up the clip (or possibly reload speed) via circuits.

If you’re looking for another solid set of weapons to diversify your gear, a Javelin and Ripper are second only to shotguns and grenade launchers. You’ll need to put a lot of emphasis on increasing their damage to make them worthwhile, especially against tougher enemies that become commonplace on harder difficulties or halfway through the game.

The Javelin can snipe enemies from afar, with the high probability of dismembering them and impaling them to a wall. Rate of fire can be vital with a Javelin as it may take a few shots to kill your target. For the Ripper, you’ll want to stick with the Default Tip so that the saw blades suspend in the air a few feet in front of you. Any enemies who come into range will get ground up. This is a little more risky than just blowing everything to shit, but it’s still fun and effective for the brave.

Although there are lots of fun elemental attachments, you’ll want to have at least one weapon equipped with a Stasis attachment. This way, all of your shots will slow or freeze enemies down, allowing you to kill them before they reach you or prevent you from getting cornered.

That said, you may want to equip your saw weapon with the Electrocution module for the “Electric Lawnmower” Achievement (kill 30 enemies using an electrified Ripper blade) and any weapon with the Acid Bath mod for the Dropping Acid Achievement (dissolve 50 enemies with acid). Note that some enemies will die before being counted as “dissolved,” so you’ll probably have to kill more than 50 with that weapon. 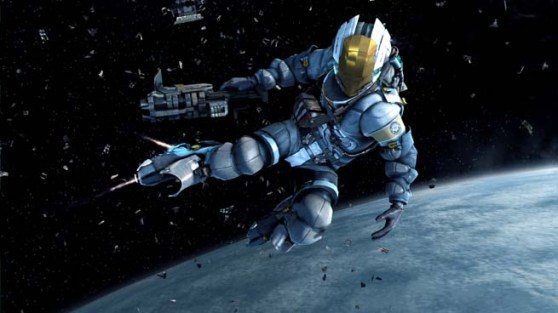 You can unlock a number of unique weapons before even starting up the game (by having a Dead Space 2 save file, preorders, etc.). These aren’t really anything special, except for the Evangelizer.

Purchases of the Dead Space 3 Limited Edition come with both the Evangelizer and Negotiator. The Evangelizer is a unique Carbine/shotgun hybrid. You’ll want to swap out the Carbine eventually, but the Evangelizer Shotgun tip is the best in the game, giving you an immediate advantage across all of your playthroughs. These weapons also include an Elite Heavy Frame, with all eight circuit slots open (something you wouldn’t normally see until the very end of the game if at all).

If you have a Dead Space 2 save file, you’ll also get the Planet Cracker, but despite its epic name, this is just a slightly more powerful plasma cutter. It’s immediately obsolete.

Although there is a pretty large collection of “suits” to unlock in Dead Space 3, they are all aesthetic only. You can upgrade your RIG’s features at a suit kiosk, but the suit you decide to wear has no impact on gameplay whatsoever. I’m partial to the Witness suit (Limited Edition) and Hostile Environment Suit (complete all optional missions), personally.

Continue on to page two for more, including unlockables, special modes, secret Achievement locations, and glitches/exploits.