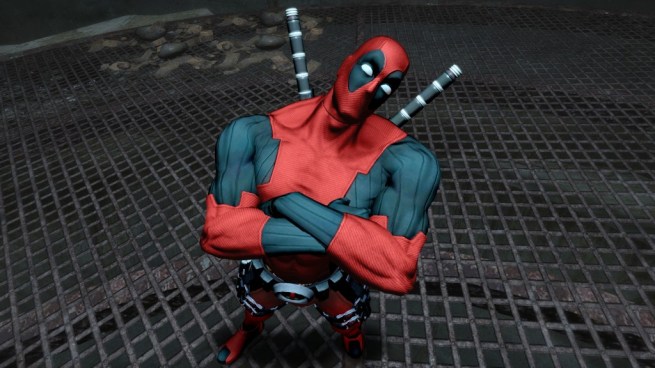 That Deadpool is one irreverent mutant, so I had a hunch that he’d fill his new game with crude jokes and heavy violence — and I was right.

The Entertainment Software Rating Board designated the game as “M for mature,” which means it is suitable for adults 17 and older. According to the gaming industry’s self-regulating body, Deadpool crosses into the M-rating due to “blood and gore, intense violence, mature humor, sexual content, and strong language.”

Transformers: Fall of Cybertron developer High Moon Studios is handling the development on Deadpool. Activision is publishing the title and plans to release it this summer for Xbox 360 and PlayStation 3. It is a character-action game similar to DmC: Devil May Cry or God of War.

The ESRB went on to detail specifically how Deadpool earned its “M”:

And my mom still thinks comic books are for kids.