The Round Rock, Texas-based company unveiled the laptops at CES 2017, the big tech trade show in Las Vegas this week. The models include the Inspiron 15 7000 gaming laptop, as well as three Alienware gaming laptops with 13-inch, 15-inch, and 17-inch diagonal screens. All of the laptops are available for purchase today.

The inspirations for design that started with Alienware are moving to the more mainstream Inspiron brand, said Eduardo Goyanes, product marketing manager, in an interview with GamesBeat.

The Inspiron 15 7000 is less than an inch thick. It starts $799. It has an Nvidia GeForce GTX 1050 graphics chip and a quad-core 7th Generation Intel Core i5 processor (previously code-named Kaby Lake). The machine is for players who want to experience something more than a console, but are price sensitive. It has 4GB of GDDR5 main memory, and a hard drive (ranging from 512GB to 1TB). It has a 4K UHD display. The 15-inch and 17-inch versions use Nvidia G-Sync display technology. 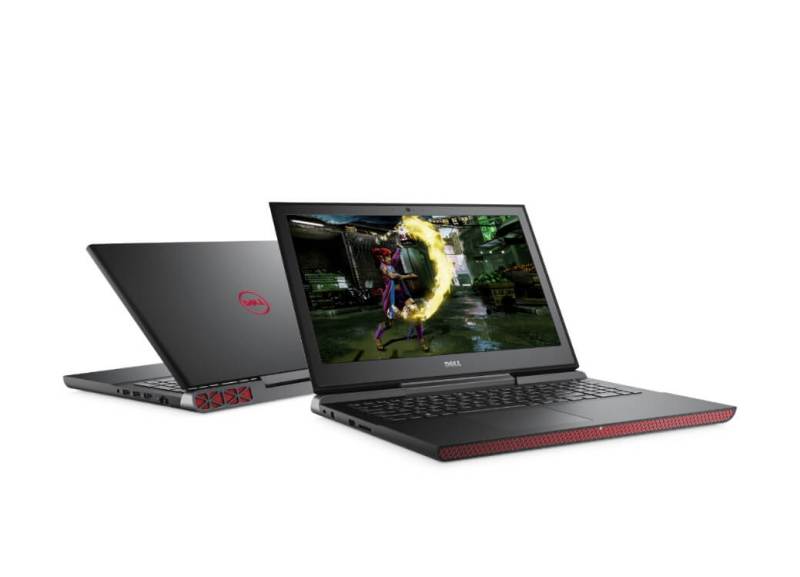 The 13-inch machine has extra-capacity heat exchangers connected by oversized piping to dual cooling fans. There’s also a cheaper 14-inch version. It has an onboard subwoofer, tailored speaker enclosures, and Waves MaxxAudio Pro audio processing. It has a 74 watt-hour battery. It has 802.11ac wireless, a Gig-E networking port, a SD media card reader, and USB 3.0 ports.

Meanwhile, the three new Alienware laptops are based on the same industrial design introduced with Skylake processors in August. Those systems have been updated and redesigned for the Intel Kaby Lake processors, which are 7 percent to 9 percent faster than the previous generation.

Dell said the Alienware 13 is the first 13.3-inch laptop that is ready for virtual reality. It has quad-core H-class 7th Generation Intel Core processors. Alienware’s dynamic overclocking technology works with the 13-inch model. It has an infrared camera with support for Windows Hello. It has an option for Tobii Aware eye-tracking technology. It uses Nvidia’s GeForce GTX 1060 graphics chip and an option for the GTX 1050. It will sell for $1,000 in the U.S. The 15-inch sells for $1,200 and the 17-inch sells for $1,349. 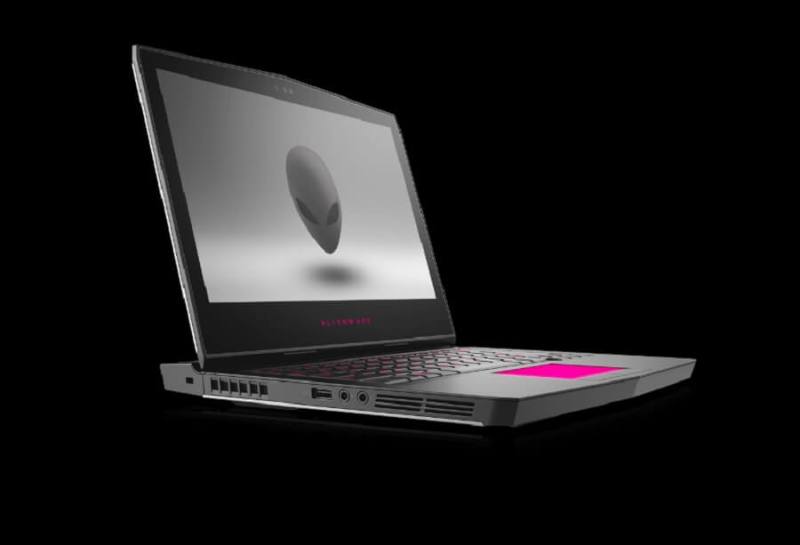 The housing is made from anodized aluminum, magnesium alloy, steel reinforced keys, and copper thermal modules. It has a hinge-forward design that enables more rear input-output, improved audio, and larger internal fans. It is 21 percent thinner than the previous Alienware 13 when using the OLED display.

Gamers looking for more upgradability will be able to connect the optional Alienware Graphics Amplifier which allows you to use the latest AMD and Nvidia desktop graphics with the machine. The machine has new finishing process that enables reduced “smudginess” and fingerprinting residue on the palm rest.

The new steel-reinforced Alienware TactX keyboard is designed for uniform feedback while typing The new keyboard introduces an optimized RGB LED lighting articulation designed for a better lighting than the predecessor and each key has a full 2.2mm of gaming-grade travel.

All configurations include Killer Networks e2500 Gigabit Ethernet and Killer Networks 802.11ac 2×2 Wireless with Bluetooth 4.1 technology. It includes three USB 3.0 ports, one of which includes PowerShare technology, another of which uses a Type-C connector for Type-C compatible devices. It has a Thunderbolt 3 Port (USB Type-C with support for SuperSpeed USB 10Gbps, 40Gbps Thunderbolt, and DisplayPort).