Back when he was known as “Thresh,” Dennis Fong was the original professional gamer. He’s also the CEO of game video sharing site Plays.tv, and so he has decades of visibility into esports, which has become one of the hottest sectors of gaming.

Market researcher Newzoo expects that global esports revenue will grow 38 percent to $906 million in 2018 and hit $1.65 billion by 2021. Esports will continue to be smaller in revenues than traditional sports, but it is rapidly gaining in terms of numbers of spectators. Once those spectators start spending like traditional sports fans, then advertisers will shift more money to esports and the industry will continue to gain momentum.

Fong talked about the fast growth of esports with Ping Li, general partner at Accel, one of Silicon Valley’s most prominent venture capital firms. Fong is in the Guinness World Records for being the first pro gamer. As Thresh, he won id Software cofounder John Carmack’s Ferrari in a Quake tournament in 1997. 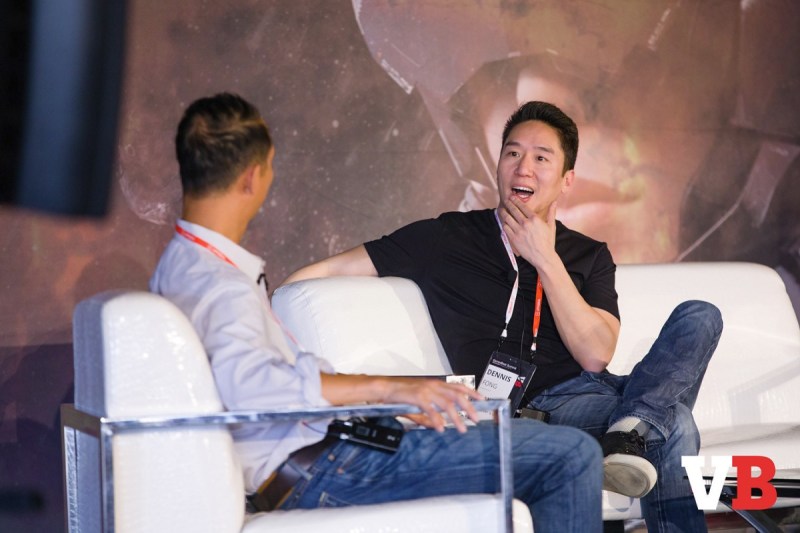 Above: Dennis Fong (right) was the first professional gamer.

“It was a long time ago,” Fong said. “The scene was small. It was maybe tens of thousands or hundreds of thousands. It was the early days of online gaming as a whole.”

Fong had an agent. He was making more than $100,000 a year, and was on a circuit where he made appearances.

“The challenge in those days was you didn’t get the support from the game developers and publishers as you do now,” Fong said. “If you look at the success of esports now, I would look at Riot,” the maker of League of Legends. Fong said they treated esports tournaments as a marketing expense.

“The players themselves also realized that esports is not just about competition, but about entertainment as well,” Fong said.

Fong started Plays.tv, which evolved from Raptr, to help his friends get better. (I played Fong in a match some years back and he just shredded me, and I never figured out how he did it).

Li and Fong also talked about the challenges facing esports today. Most of the teams, so far, have lost money, Fong said. Li said Accel is looking at investing in related businesses, such as Plays.tv as well as companies that can help esports fans become better players. Here’s our video of their fireside chat at GamesBeat Summit.

Disclosure: Accel was a sponsor of GamesBeat Summit. Our coverage remains objective.