Glu Mobile announced today that it beat expectations for its second fiscal quarter ended June 30, and it owed much of the results to its acquisition of Crowdstar and its Design Home mobile game. These results show how quickly the company has transformed itself from a maker of tons of short-lived games to a owner of long-lasting apps that engage players for years.

Glu said revenues grew 42 percent from a year ago to $68.7 million, and bookings were up 62 percent to $82.5 million. About $22.5 million of that revenue came from Design Home, a different kind of game where you create interior and exterior home designs.

“Design Home was by far our biggest title,” Akhavan said.

Akhavan said the company has shifted to launching just a few games a year, compared to about 20 annually in the past. This fits with the strategy of other successful game companies that are focusing on fewer, bigger titles that can last for years. Kabam, for instance, shifted away from publishing lots of games and focused on ongoing revenue from Marvel Contest of Champions before it sold itself to Netmarble and FoxNext Games. 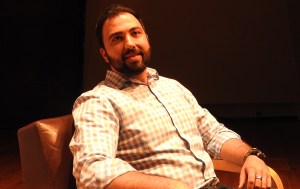 “It’s a big, multi-year transformation for the company,” he said. “It’s all about focusing on our core of live titles, running live operations  on them, and keeping them going for multiple years.”

Glu bought Crowdstar in November on the strength of Crowdstar’s Covet Fashion game, which is now four years old. Crowdstar targets women for that game. The players create their own fashion looks, and the community votes on them. Players come back on a daily basis to face challenges, such as creating a new look for the Oscars, and the players buy fashion items as in-app purchases. It may sound like a furniture simulation, but it’s a game where players compete with each other to be the best taste makers. It’s just the kind of game that could last for years, Akhavan said.

And Glu happened to pick up Crowdstar just as it was launching Design Home, which is similar to Covet Fashion (the same team even made it). You create interior designs such as a look for a bedroom. You can enter daily contests, and buy branded furniture items to compete better.

It’s an example of evergreen game driving more consistent results and a better fan experience over time. Glu is rolling out more items on a regular basis for both Covet Fashion and Design Home, and it is creating loyalty among female mobile gamers for a new kind of game.