The story of the original Destiny is of a series of expansions that made up for deficiencies as Bungie took its lessons from a passionate fan community. It is clear that the studio took criticism to heart and wove those lesssons into the core of Destiny 2. Almost every problem suffered by the original Destiny at release has been addressed by Destiny 2 save the franchise’s continuing social challenges.

Our early impressions of Destiny 2 originally published on Sept. 7 were based on 20 hours of play at an Activision event held several weeks before the release of the game and 10 hours with the live servers. Our final review published on Sept. 15 is based on playing Destiny 2 for around 50 hours on the Xbox One with another 20 hours invested on the PlayStation 4.

The pure craft of Destiny 2

If you look at Destiny 2 holistically as a piece of game design you have to marvel at the quality of its construction. The art design, sound design, detail in level construction, and musical score are all fantastic. Destiny 2 is beautiful to look at. It’s wonderful to see what Bungie could do when the studio wasn’t tied to the need to develop for the less-powerful Xbox 360 and PlayStation 3, like the studio had to for the original Destiny. Destiny 2 on PC is going to look amazing for anyone with a powerful gaming rig.

Bungie also develops some of the smoothest and most responsive first-person shooters in the industry and the depth of Bungie’s expertise is on full display in Destiny 2. Combat is enjoyable purely for its own sake. Weapons provide real variety and encourage experimentation. The new character subclasses are awesome. Destiny 2 sets a high bar for how good a first person shooter can be purely in terms of design.

Cayde-6, voiced by Nathan Fillion of Firefly and Castle fame, might be called the only developed character in the original Destiny, that otherwise mostly featured a large cast that were empty vessels handing out quests or doling out rewards.

Destiny 2 has a smaller ensemble than the first game. Interacting with the same characters more often gives the player more opportunities to get to know them. And when players approach them to receive quest assignments, the characters deliver unique dialogue specific to that quest intro. This is not throwaway dialogue. It conveys interesting lore about the world of Destiny 2. You will want to listen to these characters if you care about the story and denizens of Destiny 2, and that means you will get to know them better over time as compared to the original Destiny.

Even after finishing the story in Destiny 2, Cayde-6 still feels like the flagship character of the Destiny universe. Hawthorne, a “normal” human who works with the immortal Guardians is a nice addition to the cast, however. We still have not encountered characters who feel like throwaways and look forward to future Destiny 2 story expansions to see how Bungie enlarges the narrative. 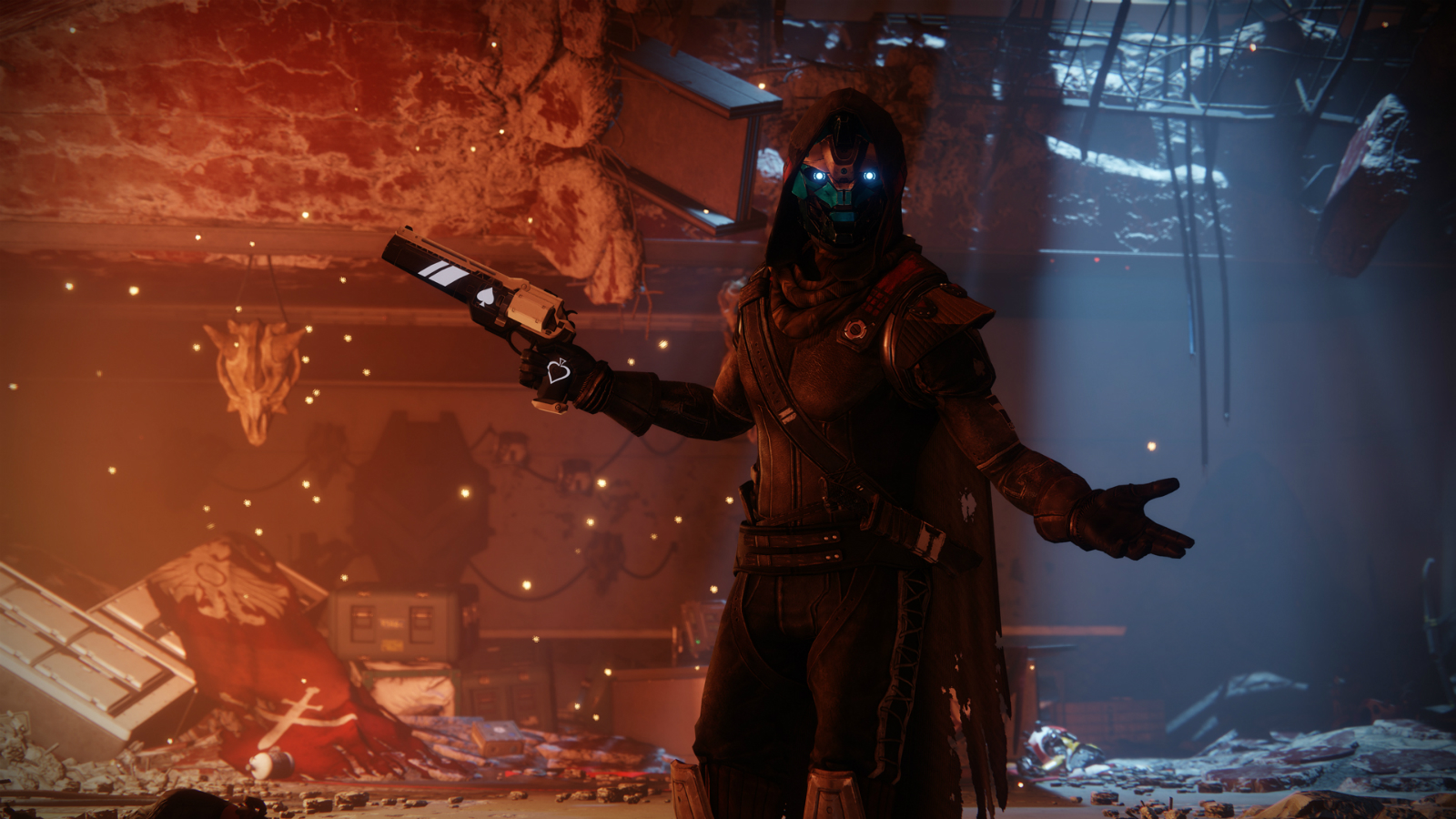 The lore is in the game

In the original Destiny, players had to go to Bungie.net or use the Destiny companion app to read the Grimoire, a series of cards that players unlocked by achieving feats and completing milestones, in order to read the game’s lore.  Having to step outside the game to learn about its world was a shame.

In The Taken King expansion for the original Destiny, Bungie added a mechanic in which your AI companion Ghost would scan objects of interest in the world and deliver a report on the significance of the object, thus delivering small pieces of lore. Destiny 2 makes liberal use of this mechanic. This time, the lore is in the game.

There’s plenty to do

The lack of post-story content was a chief complaint from players of the original Destiny. Destiny 2 does not have this problem. We have discussed the almost overwhelming amount of content in Destiny 2’s open maps: Adventures, Lost Sectors, Patrols, Public Events, and wandering high-value targets, and Challenges show up automatically for you to finish as you wander the maps.

This fantastic amount of open-world content joins Strikes, 15 to 20 minute missions that end with a boss, the player-versus-player Crucible, six-player Raids that combine gymnastics, puzzle-solving, and precision shooting, and the punishing Trial of the Nine weekly PvP tournament as endgame, post-story content.

Light measured the combat potential of your character in the first Destiny. Weapons and armor had a Light rating, and your total Light was the average of those numbers. The loot algorithms would look at your character’s Light and, if you were lucky, rewards would be of slightly higher Light value than the gear you had equipped. This is how you leveled up.

Players of the original Destiny might have two “outfits” on them at all times, the selection of weapons and gear they actually fought with and the ones that had the highest Light values, this second outfit being donned just before the player cashed in quest rewards.

Destiny 2 replaces “Light” with “Power.” The systems are identical for all intents and purposes. You don’t, however, need to wear your highest Power gear in Destiny 2 to get loot with higher Power values. Destiny 2 will read your best potential equipment loadout and your loot drops will then reflect those numbers, meaning you ought to always be getting loot with higher Power no matter what gear you have equipped. 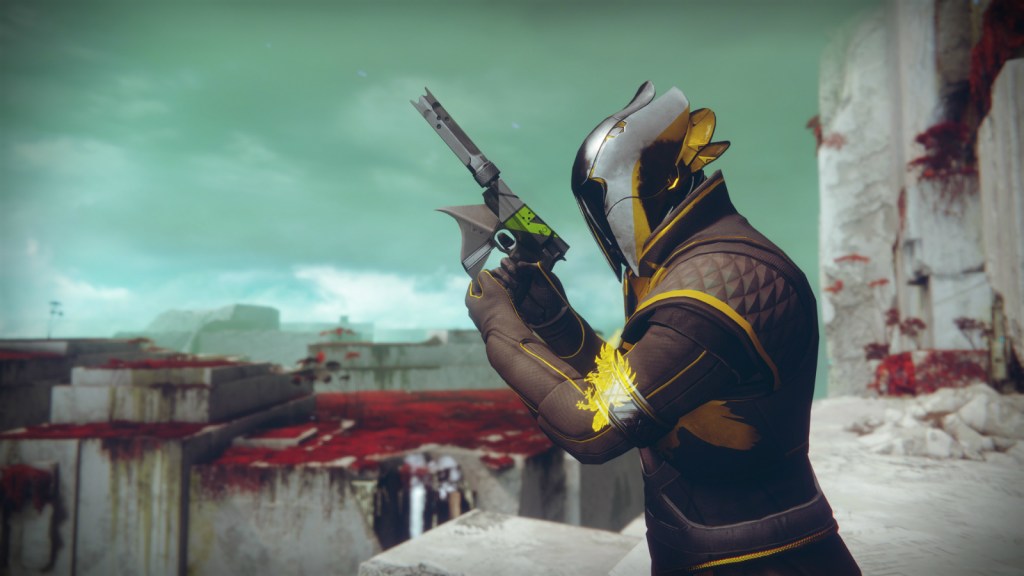 Above: The weapon and armor systems in Destiny 2 are much less frustrating than in Destiny 1.

In the first Destiny, weapons and armor not worth keeping could be broken down into weapon parts and armor materials respectively that would be worthless once you had huge stacks of both. Destiny 2’s weapons and armor of Rare or higher quality break down into parts you can turn over to the Gunsmith to earn gear.

Rarely did a piece of gear in Destiny 2 feel like outright garbage, either because it was almost always a few Power points higher than other gear in our inventory or because it broke down into gunsmith parts. This made the game feel less like a grind than the original Destiny did at release. This may change by the endgame when you’ve maxed out your Power rating and are looking for specific weapons and armor. Every piece of gear we received in the early and mid-game however had some sort of value.

Weapons in the original Destiny had randomized attributes that could make some versions of a gun better or worse than others by same name. You couldn’t get excited when you found a weapon you were looking for because the randomized attributes or “roll” of that version of the weapon might render it awful.

Destiny 2 has no weapon rolls. Every gun is the same as every other one of the same name. The chase to earn that weapon feels less like a grind because you don’t need to worry about having to find the same gun over and over again to land a version with the perk rolls you need.

Standardized versions of weapons also make inventory management easier. If you receive a new version of a weapon you already own and the new version has a higher Power rating, you don’t need to compare the perk rolls to decide which version to keep. You can immediately break down the lower Power version of the weapon and not worry about it. 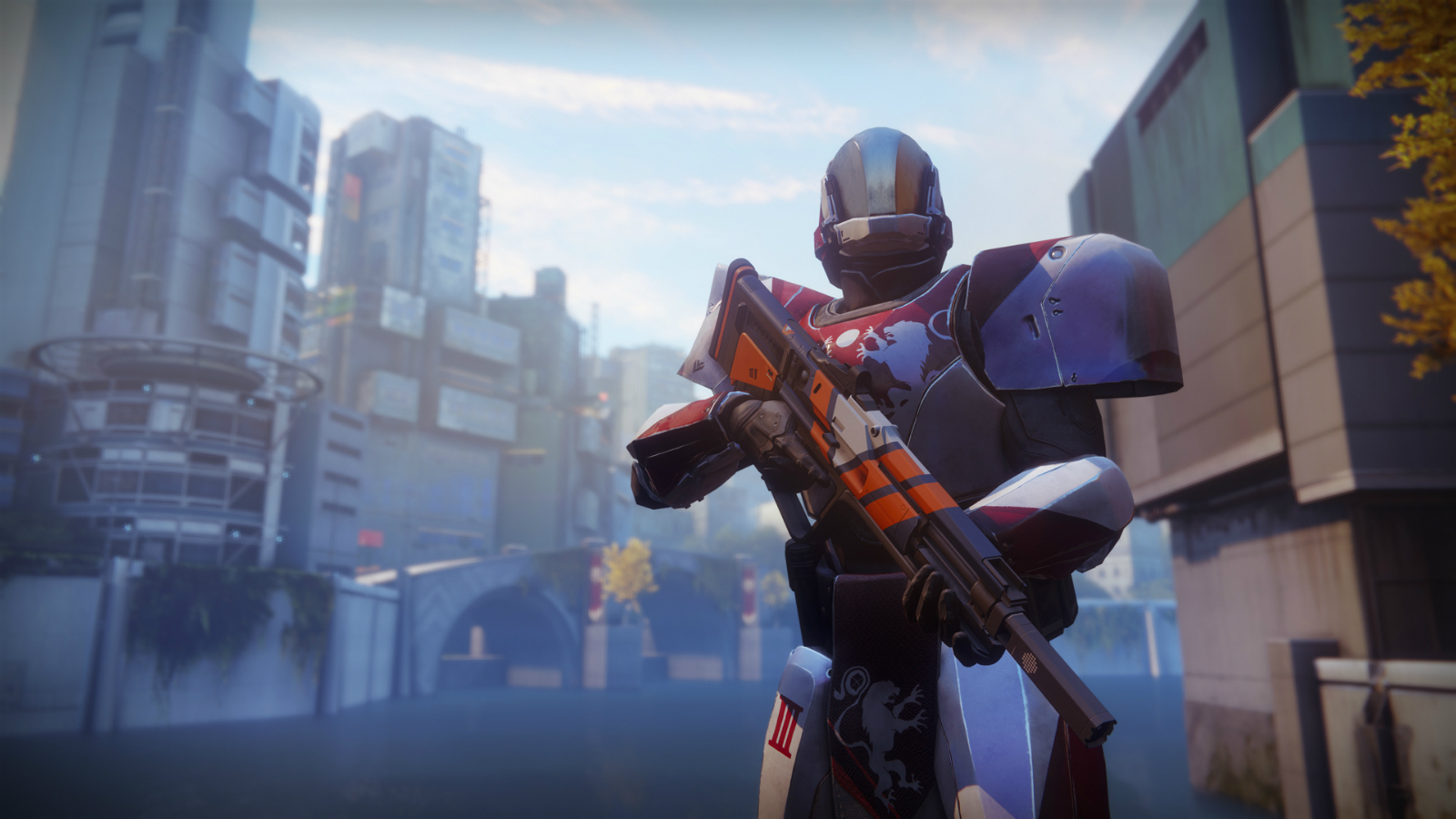 Above: It is easier to get attached to your gear in Destiny 2.

Matching damage types to enemy shield types is important in Destiny’s most challenging content. If a bad guy has a Solar shield and you don’t have a Solar weapon to break it quickly, then the chances of your dying are much higher as you pound away against those Solar shields. In Destiny 2, matching damage types can make an enemy’s shields explode, which does area of effect damage.

Players of the original Destiny therefore had to swap out weapons in order to do the type of damage they needed when facing specific types of enemies. That often meant abandoning a favorite gun. Destiny 2 players can use weapon mods to change damage types, so rather than having to stop using that Void shotgun because you need a weapon that does Arc damage, you can attach an Arc damage mod to the shotgun and you’re good to go.