Windborne is a $30 in-development game on Valve’s Steam digital store, and it’s no more. Developer Hidden Path Entertainment quietly pulled the plug on its social sandbox game yesterday, citing a lack of money to complete the project and a flooded market full of similar titles. It leaves gamers down as much as $45 if they bought the edition with promised DLC — and up to $80 if they bought a double pack — and they’re not too happy about it.

It’s another example of Steam’s controversial Early Access program leading to disappointment — Stomping Land and Under the Ocean being two other recent cases — and it highlights the risk people take when they buy into an unfinished project. It’s especially troubling because Hidden Path has a history of excellent, finished games — it’s the developer of the acclaimed Defense Grid, a tower-defense franchise. Both games have scores of 81 on Metacritic.

The timing of Windborne’s failure is particularly interesting given that Microsoft revealed and launched its own early access program on Xbox One this week. Know as Game Preview, it brings in-development titles like the zombie survival big-hitter DayZ to console gamers. It also brings the risk that such titles won’t ever get finished.

“We reinvested every dollar earned on Windborne back into the game,” reads Hidden Path’s announcement, “but haven’t been able to afford to continue it at the level required to make significant progress.” 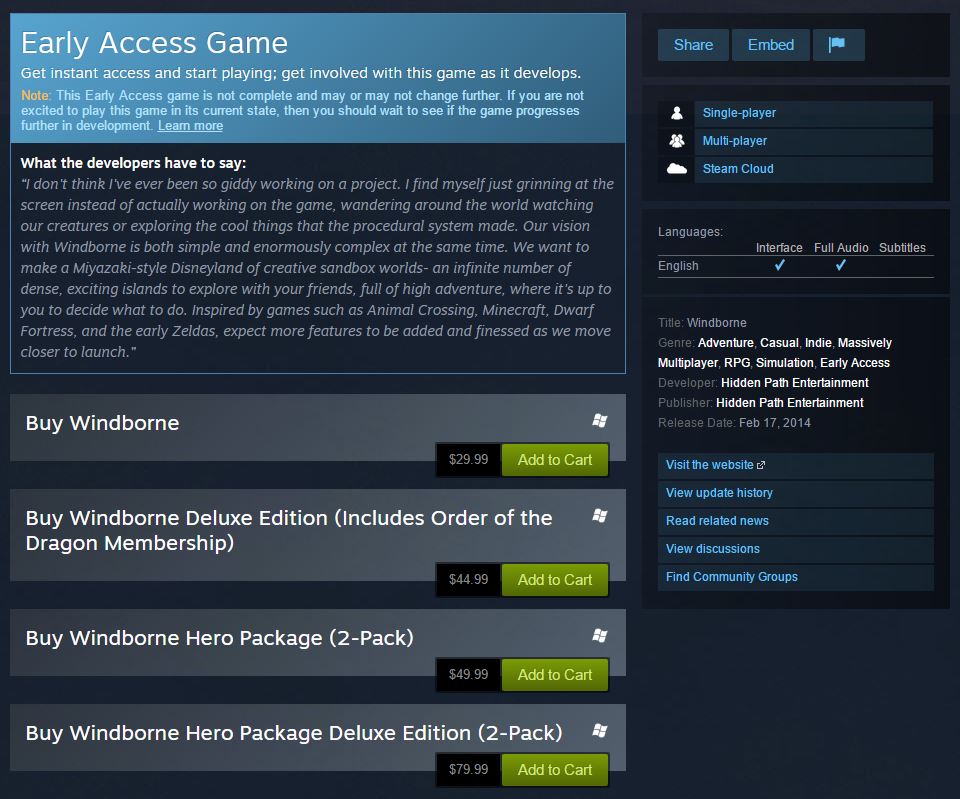 Above: Windborne promised lots, and it had a price tag to match.

Hidden Path has promised all Windborne players compensation in the form of free copies of the unfinished game to share with friends. Those who bought into the DLC will also get copies of Hidden Path’s tower defense titles Defense Grid: The Awakening and Defense Grid 2 (including additional downloadable content).

Not everyone’s received these freebies, though, and among those who have, there is still a lot of bitterness toward the development team.

“Well this isn’t surprising in the least,” said Steam user novemberadam.“I wonder how much of the funds that we paid towards Windborne went towards Defense Grid 2 instead? This has left an unpleasant taste in my mouth, and I doubt I will be buying anything from Hidden Path in the future. I will especially avoid them if they try the Early Access path again!”

Windborne is no longer visible on the Steam store page, but a cached image reveals some recent reviews that warned about its development status. 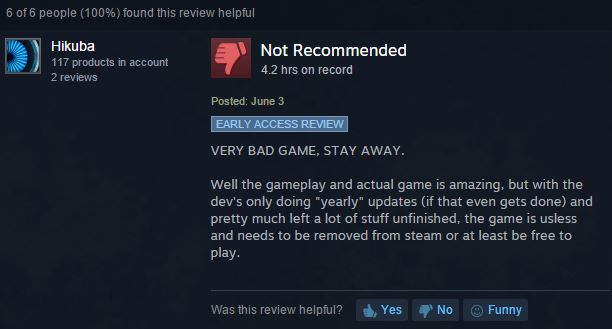