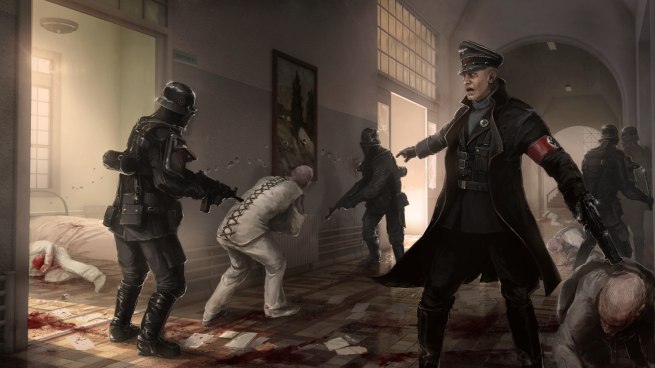 Earlier this morning, publisher Bethesda Softworks revealed a new entry in the Wolfenstein series of first-person shooters. The trailer for the game has a hero with a cigarette-scarred voice talking over dark images of Nazi robots — and at least one other developer thinks it looks a little bit tired.

On his Facebook page, Deus Ex and Epic Mickey developer Warren Spector voiced his displeasure with Wolfenstein: The New Order.

“Did the world really need another Wolfenstein game? Did we need a generically dark, monochromatic, FPS, kill-the-Nazi-giant-robot game? Uh. No. The world did not. I am so tired of stuff like this,” wrote Spector.

We’ve reached out to Machine Games and Bethesda to ask for their response to Spector. We will update with their comment.

Wolfenstein: The New Order is a modern reimagining of the class franchise. The first trailer didn’t reveal any gameplay, but it did set a dark and monochromatic tone. We won’t know if that will carry through to the final release, due out later this year, until Bethesda and developer Machine Games reveals the title in action.

Hendrix’s version of “All Along the Watchtower” plays on the soundtrack throughout the teaser for The New Order.

Spector is best known for the beloved 2000 release Deus Ex, which is a futuristic role-playing shooter. Most recently, he produced 2010’s Epic Mickey and 2012’s Epic Mickey 2: The Power of Two. Critics greeted both of those games with mixed reviews.