Although Devilian, Trion World’s latest free-to-play massively multiplayer online role-playing game, launched earlier today on PC, people have been playing it for a while. A number of betas have provided access since mid-October, and those who purchased any of the head-start packages have been playing the full game since Tuesday. Trion provided GamesBeat with early access codes for the game, and I’ve been playing the game on and off since Sunday.

But what to make of a game that borrows elements from both Diablo’s action-RPG perspective and World of Warcraft’s MMO template? After playing up to level 25 (which I estimate to take about 12 or so hours), I definitely feel Warcraft’s influence a lot more than Diablo’s, and I’m not sure that’s a good thing.

The first few minutes of Devilian definitely emanated a strong Diablo vibe. Each class has a unique character attached to them, and you can’t pick your race (and in Devilian’s case, your gender). The classes themselves map pretty closely to the standard RPG archetypes: the Evoker channels spells like a mage would, the Berserker takes lots of damage and builds up a rage meter like a warrior, the Shadowhunter has the versatility of a monk class, and the Cannoneer excels at dealing high damage from afar, like a hunter or archer. The aesthetic of all these characters (and the game as a whole so far) didn’t seem to sway too far from the average fantasy color palette, and none of the classes jumped out at me initially. I went with the Cannoneer because when in doubt, I tend the pick the class with guns.

I began my journey with a cutscene laying out the premise of Devilian’s world. A cataclysmic event between two gods started a war, and harnessing the evil power of an ancient spear, Devilians were able to turn back the tide of monsters, who returned years later through the power of an evil sorcerer. I started the game in a plateau overlooking a field, which reminded me of Diablo 3’s opening level. I followed a guide character through the first dungeon area, and the pacing here felt snappy, which felt right at home in the genre.

I could have done without some of the more voyeuristic cleavage shots in the cutscenes, but for those first few moments, this felt like a game I could see running the same circles as Diablo 3 or Path of Exile. I had some interesting early skills, and I’m definitely interested in seeing how the rest of the skill tree pans out. Laying down a field of mines and firing a spray of bullets that decimated mobs of enemies before they ever reached me felt great. The animations don’t feel as fluid as they might be in a dedicated ARPG, but all the weapons and skills are as flashy and feel as powerful as they should. 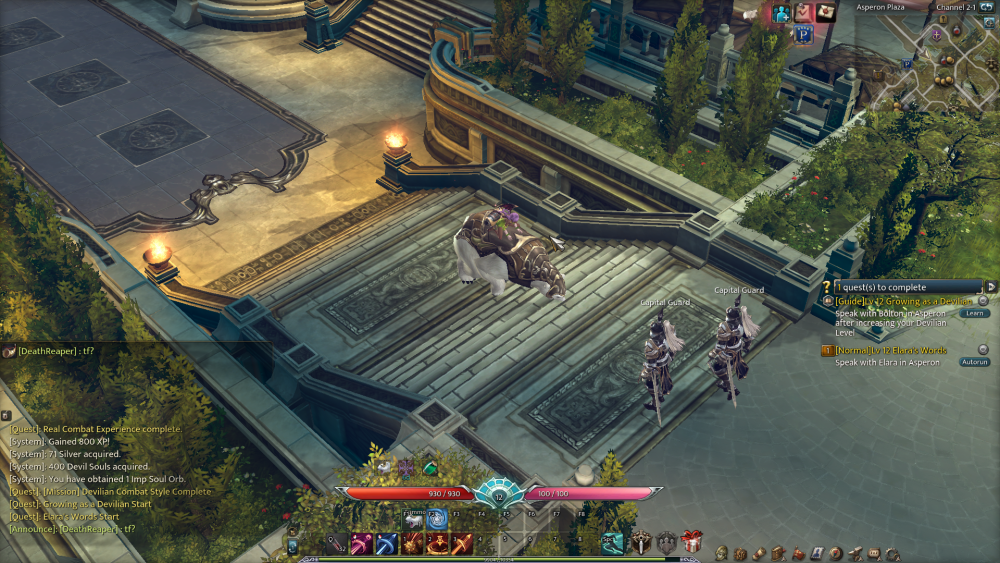 Above: Devilain’s interface generally looks like that of an MMO, though the gameplay looks more like Diablo.

Some of the gear looks nice

I’m glad I ended up picking the Cannoneer, because I hadn’t seen Lolita dresses, frilly stockings, buns, and heels used as gear an RPG like this (my MMO experience is admittedly minor, though). Mixing this aesthetic with an enormous gun that rains down bullets, fire, and poison on enemies makes me feel like I was doing something new. I’m aching for a great RPG that doesn’t directly adapt a fantasy, steampunk, or sci-fi aesthetic, and running around in heels and killing monsters was as close as I’m going to get for now.

I also appreciate the brevity of the dungeons, most of which have taken less than 10 minutes to complete. I only needed two other people to join for a run, and the matchmaking system helped me find other people to play with around my level, usually taking no more than two minutes. The dungeons I’ve played so far were an easy with three players, I liked that I could get the quest that required me to enter a dungeon, complete it, then run the dungeon three more times within the hour. Letter grades also encourage you to do better on each delve, since the higher your grade, the more loot you get. Each dungeon also has two higher difficulty levels, which means I’ll have to come back at level 50 and see how they compare.

Two great tastes that are worse together

After that short intro, however, I started seeing the MMO parts creep in, and they definitely highlighted some of the weaker elements of ARPGs. Games like this have always reminded me of Dynasty Warriors, in a way; until you get into their endgame, they tend to throw herds of enemies that don’t offer up much of a threat at you, and you can use all of your skills as soon as they’re off cooldown without having to worry about timing. This can at times make killing enemies feel like cleaning a house: It’s mindless at times, but often soothing. It can get tedious, but if you like these games, the repetitive nature is part of the initial draw.

So when I say that MMO elements start to creep in, I mean that the quests I completed quickly fell into the “go out to these field, kill X number of enemies, and then come back to collect your reward” loop. Although the game takes place from an isometric perspective, this quest structure stopped the game from feeling much like ARPG. In those games, killing a certain number of monsters to collect a reward tends to give way to higher-minded goals like simply getting to the next area to advance a plot with a sense of urgency. The monsters you kill become an obstacle the in way of achieving your objective, not the goal itself. Making monster kills the objective makes the action that much more mindless.

I’m hoping the quest structure eventually gives way to some of the more interesting setpieces here, because a lot of my time as of now has been spent grinding out kills and turning in quests, and I don’t think it’s a good fit for a genre that constantly wants to keep you moving forward. 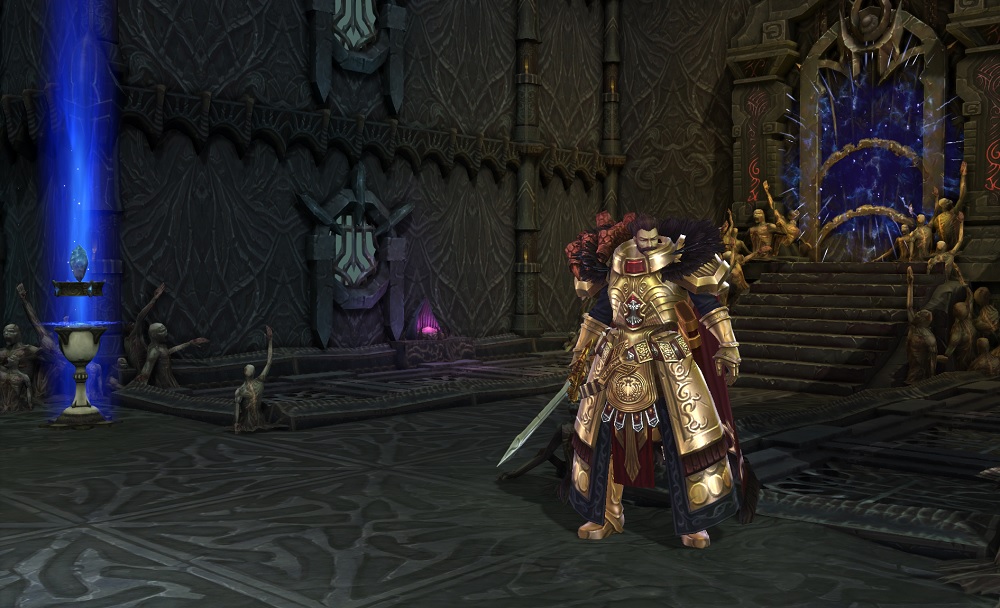 I still have a lot more of Devilian to work through, since the path to level 52 (the game’s current level cap) seems much, much longer than the path to 25, but so far I’m interested. I’ve only played about two matches of its MOBA-style multiplayer, for example (blame the prelaunch, 30 minute queues for that), so I can’t say too much about it. Still, I’m a bit concerned about how much the MMO quest design will dampen some of the ARPG elements. I hope the quests get better.

But right now, I’m enjoying mowing down monsters as well-dressed girl with a Gatling gun.

Devilian is now available for PC and requires an online connection. The publisher provided GamesBeat with beta access and a head-start pack for the purposes of our review.