Devolver Digital has gone public on the London Stock Exchange’s AIM submarket in a deal that gives it $261 million in proceeds for both the company and shareholders at a $950 million valuation.

Devolver itself will get $50 million in proceeds, while $211 million will go to selling shareholders, which include the management team and investors like NetEase, which will still hold a stake. I think the lesson is that comedy can get you rich.

The offering is happening at a historic time for gaming. In the first nine months of 2021, investors have poured $71 billion into the game industry through startup investments, acquisitions, and public offerings, according to Drake Star Partners. Among those that have gone public are Roblox, Playtika, Skillz, Nexters, Playstudios, and Double Down Interactive. 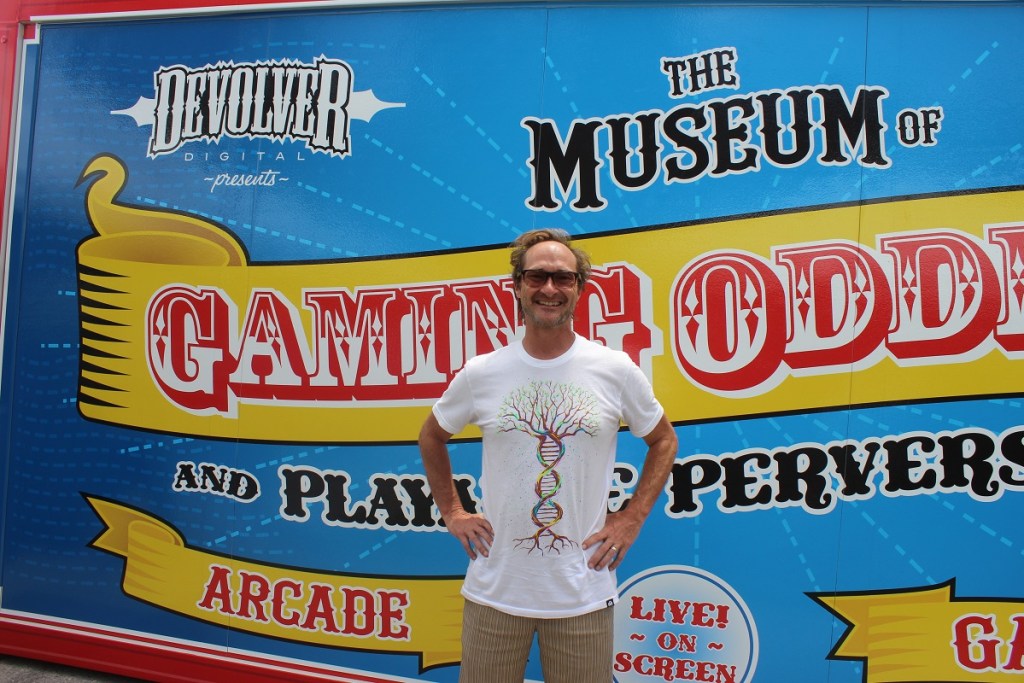 Above: Mike Wilson is a founding partner at Devolver Digital.

The Austin, Texas-based company is best known for publishing alternative hits like Hotline Miami, Serious Sam, Fall Guys, and Loop Hero. It was also known for its wacky over-the-top press events around the Electronic Entertainment Expo.

The company is a successful version of previous developer-focused game startups Gathering of Developers and Gamecock Media Group. It started with HD remakes of games in the Serious Sam series.

Then it began publishing games from indie studios and hit it big with Hotline Miami. It also made films through Devolver Digital Films and owned the majority of Good Shepherd Entertainment. And it always had a lot of attitude, expressed in its E3 exhibits, which were always outside of the E3 convention center in parking lots, and its funny E3 videos.

That’s a big deal for the quirky game company started in 2009 by Mike Wilson, Rick Stults, Harry Miller, Nigel Lowrie, and Graeme Struthers. It’s the second-largest company ever to debut on the Alternative Investment Market for the LSE. Sony is also reportedly making a 5% investment in Devolver.