Rajesh Rao was ahead of his time when he started Dhruva Interactive in 1997. And he has grown the Bangalore-based company to be the biggest game company in India over the past 17 years. Dhruva now has 320 employees, and Rao has become a leader for the game economy in South Asia. 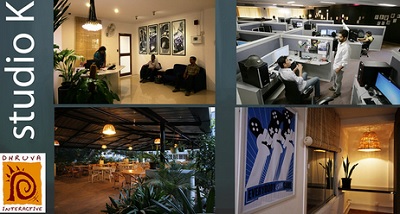 India is a technology giant with billion-dollar companies like TCS, Wipro, and HCL. But it hasn’t had much of a home-grown game industry. Rao’s quest will test whether emerging countries can grow their own game industry, even in the absence of a history of hardcore gaming culture.

Rao is trying to change that with Dhruva, which does the art and production on lots of well-known games that are other companies publish. Dhruva’s credits include creating the art of the cars in Forza Horizon, F1 2011, and Forza Motorsport 3. It also created the art of Sniper Ghost Warrior 2, Kinect Star Wars, Dead Rising 2, and many others. The company is current working on nine major next-generation games for 2014.

The company has also created its own games like Bazzle and Conga Bugs. And Rao has started his own separate incubator, the Game Tantra Incubator, to invest in new game startups in India. He helped start the NASSCOM Game Developers Conference, which is India’s only major game conference. And he is one of the hosts of the nation’s Global Game Jam event. Rao is optimistic about further prospects for the game industry in India.

We caught up with Rao at the recent Game Developers Conference in San Francisco. Here’s an edited transcript of our interview.

GamesBeat: What Dhruva is doing?

Rajesh Rao: Dhruva is still doing what it does best, which is providing production services. We’re now 320 people. We have two studios in Bangalore. We’re doing console, mostly content there, and social, doing live services and content, as well as work for hire on mobile – iOS, Android, and HTML5. That business is growing. There’s good demand. That’s not a new story. 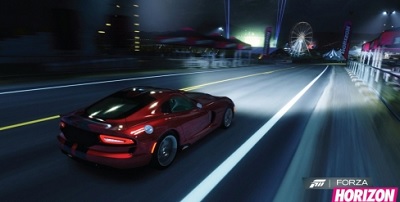 Above: Dhruva made art for Forza Horizon

GamesBeat: Does that make you one of the biggest there?

Rao: We’re the biggest, yes. Oldest and biggest. We just completed 17 years on the 15th of March. We’re stepping into our 18th year. In India, if you turn 18, you’ve become an adult. [laughs] We’ve been growing the team fairly rapidly, adding a lot of ex-pats with international experience. We have seven ex-pats in Bangalore working with us.

GamesBeat: A lot of them are educated in the U.S.?

Rao: No, they’re people from the industry that we’ve hired – Australians, Swedes, Americans, Brits. We’re looking at hiring someone from the Netherlands just now. When we’re growing fast, we can’t wait for people. There are pockets of skill where we simply don’t have the level of broad-based experience. In the case of art, say, a very senior art director brings a lot of sensibility and mentoring. Mentoring is a very important thing for us.

I spend about 20 or 30 percent of my time on evangelizing the games industry. NASSCOM, the trade body for information technology in India, they invited me to form a gaming forum. I chair that. Over the last five years, I’ve worked on building a fraternity, building a conference, building city chapters. The city chapters meet once a quarter. There’s a lot of engagement. 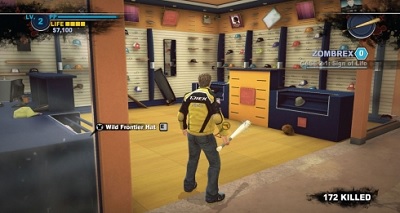 Above: Dhruva made art for Dead Rising 2

GamesBeat How has your conference grown?

Rao: The conference has grown from a small one-day event five years ago to close to 1,500 people now. We’ve had steady growth and a good quality of speakers. Ed Fries came in the early days. Last year we had Trip Hawkins and Yoichi Wada. Rami Ismail from Vlambeer visited.

The community has grown significantly. In 2010 we were tracking about 25 companies. Now we’re tracking 175. Clearly you can see the App Store and the Angry Birds effect at work there. It’s caught people’s imagination. They see you can be successful. We have a lot of young mobile companies, a lot of startups. I’d say 120 of those 175 companies are indies in the range of around five people.

I’m keen to make sure that these young companies don’t make the same mistakes we did. They don’t have to go through the same shit we went through. The focus of our meetups and the conference is to share knowledge. We have postmortems on games – what worked, what didn’t work. We want to convince people not to function as silos. Come out and interact. Nothing has to be super secret. If you have a game that’s halfway there, you’re better off showing it to your peer group and getting some feedback, rather than trying to make it perfect alone. It’s worked very well. The community has come together.

The city chapter meetups are very interesting. When someone notable comes to visit, we’ll often have a meetup around that. Jason Della Rocca was in India a while back, so we quickly organized some meetups where he could talk.

We created a very lively Facebook group, the NASSCOM Gaming Forum. We have active conversations – product launches, who’s hiring, talking about industry news or game design. Whenever we find useful data, too, it’s archived as files on the forum. If you want to see a catalog of the games industry in India, we have that. It’s a very organic list, because new studios are being founded all the time.

I’ve put together a very good advisory board, which includes all the major studios in India. A lot of good people are working on this together. We have the Global Game Jam each year, and one of the venues is Dhruva. It’s all indies volunteering to put it together. We just provide them with a facility and sponsorship, but they run it all themselves. A lot of indies are driven to come and help out.

Altogether, I’m satisfied with that part of what I’ve done. At the same time, I realize that with all the startups in India, compared to the startups here—In the U.S., you have startups founded by people who are experienced. They’ve worked at other companies and they come together to form a new mobile studio. In India you’re talking about really young people. They have a lot of energy and ideas, but not necessarily a lot of development experience.

I launched an incubator in November and announced it at the conference. It’s the first incubator in India. We have space for seven or eight companies, and we have a nice mentor pool. It includes all the senior leadership from our production teams. They can give good guidance on design, visual styles, programming, production management. We have people with connections to venture capital and angel investment. Rami Ismail is one of our mentors. The idea is to help them with things like PR and marketing, all those things they need to do in equal measure alongside the product itself. The first batch is coming in the month of May. I want to see how it goes from there. 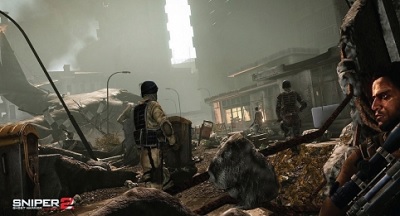 Above: Dhruva made art for Sniper 2

GamesBeat: What are some of the other recognizable companies now? How many might have 20 people or more?

Rao: I’d say there are 25 to 50 companies in that range. We have at least 10 companies with 100 people or more. Maybe two or three companies, including mine, are 250 or more.

GamesBeat: So as far as the structure of the industry there, you have outsourcing. Is there progress being made on making games for the worldwide market, or making games for Indian consumers?

Rao: Most of the traction is in products. A few of us are doing outsourcing. I’m sure a lot of the indies are doing work for hire to pay the bills. But the big momentum is in IP creation now, which is a very good thing. At the same time, it’s high-risk, high-reward game. A few studios have seen success, whether it’s critically or making real money. Bash Gaming sold for $160 million.

Right now a lot of the indies are making games for an international audience. The Indian market is beginning to approach a large scale, but we do have a problem with payments.

Let me break down what’s going on in the Indian market. We took eight years to reach an installed base of 80 smartphones, and then this year we’re adding 100 million more. It’s going to the next level in a very rapid way. We have the cheapest 3G in the world, and it’s going to get cheaper because 4G is coming. We have very cheap Android smartphones coming in. Games are doing good downloads. Recently there was an endless runner based on a very big Bollywood movie, and it did 15 million downloads. I know of three or four more games like that, breaking five, seven, eight million downloads. Last year, India had about 1.2 billion downloads on Android. It’s the fourth-largest market for Android.

Our challenge is, the payment mechanism isn’t there. We don’t use many credit cards. There are less than 20 million credit cards in all of India. We have 250 or 300 million debit cards, but nobody uses them online. It’s a completely pre-paid market. We need to see Google integrating operator billing. They’re working on it. The minute they do that, it’s going to go from nothing to a decent number just like that.

The second thing that will help, the threshold for in-app purchases now is a dollar, which is about 55 rupees in India. That needs to become five rupees. It needs to be around 10 cents. You need the bite size to be the right size for India. If these things happen, we’ll see the market explode. The installed base there. The appetite is there. The third most important activity among smartphone users is gaming. 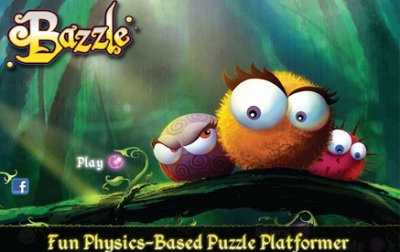 Above: Dhruva’s original games include Bazzle

GamesBeat: The games that are turning into hits — are they culturally specific to India, or are they more worldwide games?

Rao: Some of them are culturally focused. A lot of them are internationally focused, like Candy Crush Saga. All forms of entertainment in India, though, have to have some Indian context. Today, the games industry is just about $100 million, which is very small for the size of the country. But don’t forget that in China, the mobile market was about $100 or $150 million before operator billing went into play. Look at the size of it now. It’s $2 billion or something like that.

Look at TV, movies, and music. I’m sure that if we hit that kind of billion-dollar market, it’s going to be dominated by Indian content. Take television. Who Wants To Be a Millionaire, the Indian version, was totally converted. All the shows are like that. These talent shows, things like Big Brother, everything’s been Indianized.

GamesBeat: The cities that are home to game companies, are they concentrated in a particular area, or are they more spread out? Is mobile taking over, or are they working on a variety of platforms?

Rao: They’re all over India. It’s mainly mobile. Console is there, but it’s a very small niche market. It’s going to be a mobile market, an Android market, free-to-play.