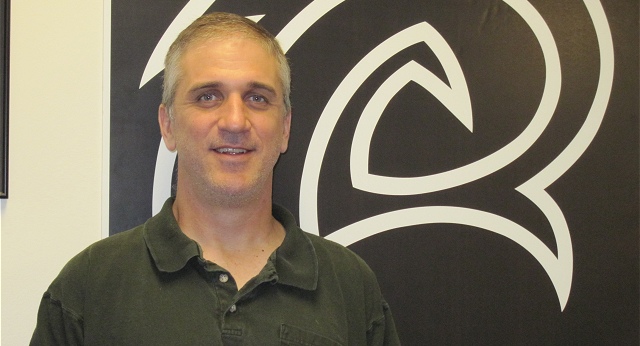 It is the highly anticipated sequel to a million-selling action role-playing game, brimming with monsters and loot – and we’re not talking about Diablo III. Seattle-based Runic Games has been working on a follow-up to its 2009 surprise hit Torchlight, which neatly captured the essence of Diablo’s addictive gameplay.

The familiarity is not accidental as Runic was co-founded in 2008 by brothers Max and Eric Schaefer, who had set up a game development studio named Condor in 1993. Condor ended up becoming the birthplace of the first two Diablo games and was rechristened Blizzard North.

We sat down with Runic Games co-founder and CEO Max Schaefer at the company’s Seattle studio for an exclusive interview. Schaefer spoke to us about the state of Torchlight II, business models, the inevitable Diablo comparisons, and lessons learned from his failed startup Flagship Studios.

Runic Games has established itself in a game genre that is characterized by fast-paced gameplay and frenzied mouse clicking. Players battle large hordes of monsters to collect the loot and the experience points required to upgrade their character’s skills and equipment.

Action role-playing games offer a lighter, less time-consuming alternative to epic story-driven RPGs (such as The Elder Scrolls: Skyrim) and massively multiplayer RPGs (Star Wars: The Old Republic). The consumer interest isn’t light at all: Diablo III became a staple of “most anticipated games of 2012” lists and even a newcomer like Torchlight managed to sell over a million copies.

Torchlight II differentiates itself from Diablo III with a modest $20 sticker price and an openness for user-created modifications. Runic Games announced that TorchEd, a toolset to add and modify game content, will be made available free of charge. Blizzard’s Diablo III, on the other hand, will not allow modifications because user-generated items could ruin the economy of its auction house system where in-game items can be traded for real-world currency.

Runic Games has not announced a release date for Torchlight II yet, but a multiplayer beta test is supposed to start soon. Here’s an abridged transcript of our interview with Runic CEO Max Schaefer. 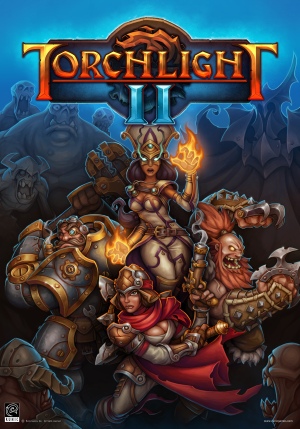 Games Beat: How is Torchlight II coming along?

Max Schaefer: We’re in that long and tedious finishing portion of the game. You know, they say the last 5 percent of the game takes 40 percent of the time, and it’s definitely true. Especially with a game with as many moving parts as Torchlight II. It’s just an amazing amount of content, and a lot of things that have to be tuned just right.

GB: Do you have a target release date?

MS: We really want to it to be soon, rather than the middle of the year. But we don’t want to be pressured by a date because the release really should be based on when we’re happy with the game and not because we made a commitment to a date.

GB: So you’re not trying to come out before Diablo III at any cost?

MS: Well, we don’t want to come out the same week (laughs). But first of all, we don’t know when Diablo III is coming out. I remember when we started our company three years ago now and were making Torchlight I, the main concern from our publishers was “What about Diablo III?”. And you know, here we are still living with that and I think that it’s our lot in life to live in fear of the Diablo III release date. Our defense against that is to make sure that our game stands on its own merits and is a competitive, compelling game – no matter whether it comes out before, after, or during Diablo III’s release.

GB: You created the first Torchlight game in under one year, right after Flagship Studios shut down?

MS: It was eleven months from literally blank computers with no software on them whatsoever to a finished, shipping product. Everything was gone after Flagship imploded, all the computers and desks, so we were genuinely starting out from scratch again because that was all liquidated in the closing of Flagship.

Now, we did get one break: we talked to the liquidator and were able to buy all our stuff back — at a very good price (laughs). But obviously the hard drives were wiped and there was no code, nothing. But the whole group had worked together previously, we knew our method of working and were able to get up and running pretty quickly.

GB: You and your brother Erich had co-founded Condor, the studio that eventually became Blizzard North. Does the Blizzard pedigree help to draw attention to a new action RPG?

MS: Oh sure, that definitely helps, but I have to give credit to [Runic Games co-founder and Torchlight II development lead] Travis Baldree, because he is the one other guy besides the Blizzard pedigree people who really understands and gets the genre. Another reason why it was an easy decision for us to start up here is that it’s a group that now is as qualified to make an action RPG as Blizzard is.

GB: Chinese game publisher Perfect World purchased a majority stake in Runic Games for $8.4 million. Why did you pick that partner?

MS: We weren’t sure exactly what form the company was going to take when we started up again, so my brother and I self-funded for the first few months while we went out and searched for who would be our best partner.

At the time our notion was to build an MMO and, in evaluating partners, who would help us make an MMO, because we’re a small company and we couldn’t run an MMO out of this office. We needed a partner who could help us with the infrastructure, operations, customer support, billing and all that. It seemed that Perfect World is the best alignment for us because of the MMOs they run in China, the numbers that they deal with are incredible. They really understand how to run these games efficiently and they have a lot of expertise in itemization. For MMOs we believe in the free-to-play item sales model over the subscription model, and it just felt like it was the best mix for us.

They also wanted us to operate pretty much autonomously and we were able to strike a really good deal. Even though we haven’t made an MMO yet, they’ve been very supportive of us. Since Torchlight has been a success and we’re making money as a company, they’re very happy with that. 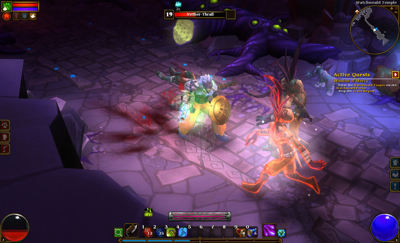 GB: So Runic Games as a business unit is profitable?

MS: Yes, absolutely. We’ve sold 1.1 or 1.2 million copies of Torchlight I. And we don’t spend a lot. Part of our business model here is that we run a very lean efficient operation. We have a total of 31 employees.

GB: What has the average sales price for Torchlight I been? It started out at $20, but you’ve priced it more aggressively during several Steam sales.

MS: The sales are incredible on Steam, even to this day. We just had a holiday sale that was 20 months after the release of Torchlight and we probably had 25,000 – 30,000 units on a weekend. Average sale price I’m not sure, but it’s probably hovering around 10, 12 dollars.

GB: Perfect World has a majority stake, but doesn’t own Runic Games outright?

MS: No, they own a majority stake, but we have local board control of the company. We can make any decisions we want as far as what the company does and all that. Obviously we’re not just going rogue. We talk to Perfect World all the time and we have a very good relationship with them.

GB: Have you considered expanding Runic Games in order to work on more than one project at a time?

MS: We’ve talked about it and right now we definitely want to keep this core team small. Because if it gets any bigger, then Travis and my brother and myself are doing more management than game making, and that’s really not where we’re best, not what we’d liked to do. If Travis isn’t neck deep in code and tinkering with every little detail than he’s not happy and we’re not getting as good a product.

Whether we expand in the future in other directions is up in the air, but we definitely want to keep the core small, quality-development team that we have here going. Because it’s an environment that we like and it’s a size that we like. It’s more fun to make games with a small team. Looking back when we made Diablo at Blizzard, it was a small team like this. When we made Diablo II, I think it was up to maybe 45 team members when we shipped that game. And that was getting too big. I know other people do things differently, there’s a lot of successful ways to make games, but this is the way that suits our team.