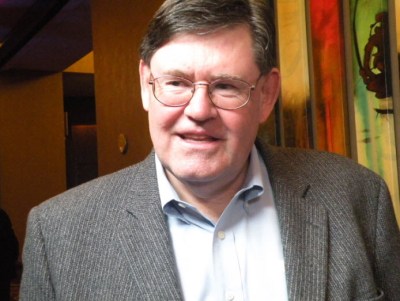 One of the bittersweet moments of the DICE Summit is that Bruce Shelley, who spent decades making games, is going to get the lifetime achievement award from the Academy of Interactive Arts and Sciences.

But his Dallas-based studio, Ensemble Studios, was shut down last month by Microsoft, after selling 20 million games. Halo Wars, the studio’s swan song, will ship for the Xbox 360 in a matter of weeks. Shelley explained why that happened — as much as he could in his customary gentlemanly way .

Ensemble made the highly successful Age of Empires games, which resonated with millions of fans because it married a love of history with the style of games known as real-time strategy (RTS), where players build units and fortresses and try to attack an opponent in harried, simultaneous play.

The studio was founded in 1995, and it made Microsoft a player in the video game business with the launch of the original Age of Empires. Microsoft bought the studio in 2001, and Ensemble went on to make five major games that generated more than half a billion dollars in sales.

Shelley said the company tried to cultivate a workplace focused on excellence and fun. It tested game designs through frequent trial and error. Every week, employees would play a game in progress and offer their feedback. These constant iterations resulted in refined games that got great reviews and sold well. But its downside was an unpredictable schedule. Ensemble had its fans at Microsoft who, at least at first, were patient enough to allow it to keep working on late games.

As Ensemble grew to 120 employees, the delays became costly. The company was typecast as an RTS company, and that wasn’t good, since PC games (the primary platform for RTS, since it often requires deft mouse control) suffered a decline in retail sales. The company tried unsuccessfully to wean itself from the RTS genre several times, and each new game was canceled by Microsoft. 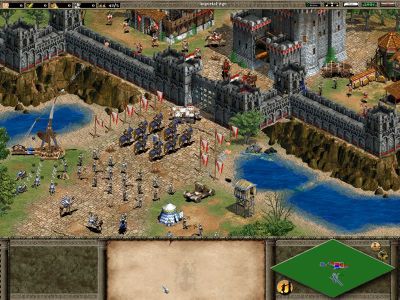 Shelley said that Ensemble tried to keep three big projects going at once, particularly since there was always the risk of cancellation. But two of the last three games in development were canceled. Rather than scale back, Ensemble kept its staffing high and put the employees on the main project. Microsoft didn’t tell Ensemble what to do, and Ensemble also kept a project going for expanded office space. This made Ensemble vulnerable to corporate restructuring from above. At its large size, Ensemble also didn’t have the same unity of operation it did when it was a much smaller company.

Six months ago, Microsoft executives took Ensemble by surprise by telling them it would shut down the studio after Halo Wars shipped. Most employees stayed on to finished the game. Shelley said Ensemble and Microsoft should have communicated better in order to head off the closure. Microsoft told Ensemble that the resources used by Ensemble were going to be redeployed on other games that had higher priorities. This happened even though Ensemble could technically be considered a profitable studio.

Shelley isn’t going to move to a new company immediately. He will consult on a variety of projects part time. But two studios have already formed from Ensemble’s ashes. One is Robot Entertainment, launched by Ensemble founder Tony Goodman. Another is Bonfire Studios. Hopefully, they can avoid Ensemble’s fate.

Don Daglow, whose own studio, Stormfront Studios, went under in 2008 after 20 years in business, said he sympathized with Shelley’s problems. He said he was floored when he heard that Microsoft shut down Ensemble. It’s a sign of the times, and also a sign that Microsoft, for some reason, needed to get Ensemble’s costs off its balance sheet.