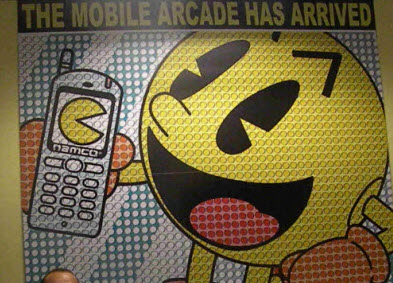 Namco Bandai said it is combining its two game divisions in the U.S. as part of a push to expand its presence in the growing mobile and online game businesses that are becoming a bigger part of the overall game industry.

But it’s notable because of the changes sweeping through the game business. Other companies such as THQ, Ubisoft, and Warner Bros. have all made moves to increase their digital games businesses recently.

Digital games are catching on because they use different business models. Console games sell for $60. But online games are often offered free-to-play, where players can play for free and pay real money for virtual goods such as better weapons. That gives recession-hit gamers more options to control their spending as they go.

Under one label, the Namco Bandai team will develop games that run on multiple platforms, including consoles, the PC, mobile, the web and Apple iOS operating system products. The team will make a concerted effort to expand its presence in the social game market. The goal of having one group is to make games more accessible across more devices and to broaden the company’s consumer base, said Kenji Hisatsune, head of Namco Networks.

Hisatsune will be president and chief executive of the new entity. The transaction will be complete in the first quarter of 2011. Hisatsune said in an interview that the game market is undergoing rapid change. Namco Bandai has been making mobile games for a decade, but now it has to step up its efforts. The combined divisions have about 400 people, and Hisatsune said there are no planned layoffs.

“Consumers are more connected and they want their content on mobile, social and web platforms,” he said.

Perhaps 25 percent of the market will buy game consoles and spend 100 hours a month playing games. But the other 5 percent may play 5 or 10 hours a month and will not buy a game console. Namco Bandai is planning to go after those people on the platforms they already enjoy, said Carlson Choi, who will be vice president of marketing at the new entity. Overall, the company is focused on making its games more accessible, more social, and able to run on a variety of systems.