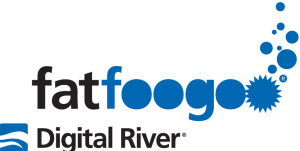 Minneapolis-based Digital River is a publicly traded e-commerce company. Fatfoogoo, based in Vienna, Austria, provides a platform for game developers to implement virtual currency and virtual goods, digital representations of real-world objects popularly used in online games. Virtual goods is expected to become a $1.6 billion market, in 2010 according to Inside Network.

Digital River wants to cash in on that market, which took off in Asia first and is becoming increasingly popular on social networks such as Facebook. The $10 million acquisition price for Fatfoogoo isn’t huge, though the company’s founders and backers have an earnout clause in the deal which could get them more money based on the performance of the business.

Fatfoogoo has stiff competition from PlaySpan, Live Gamer, and Facebook itself, which is implementing its Facebook Credits virtual currency this summer. Fatfoogoo may have an easier time winning customers as part of a bigger company.

The companies said that it will be easy to integrate Digital River and Fatfoogoo into a common platform that customers can use as they wish. Digital River’s Fatfoogoo business unit will continue to operate out of its current location in Vienna, Austria. Fatfoogoo was foundd in 2006 and has 16 employees. Digital River has 1,220 employees.