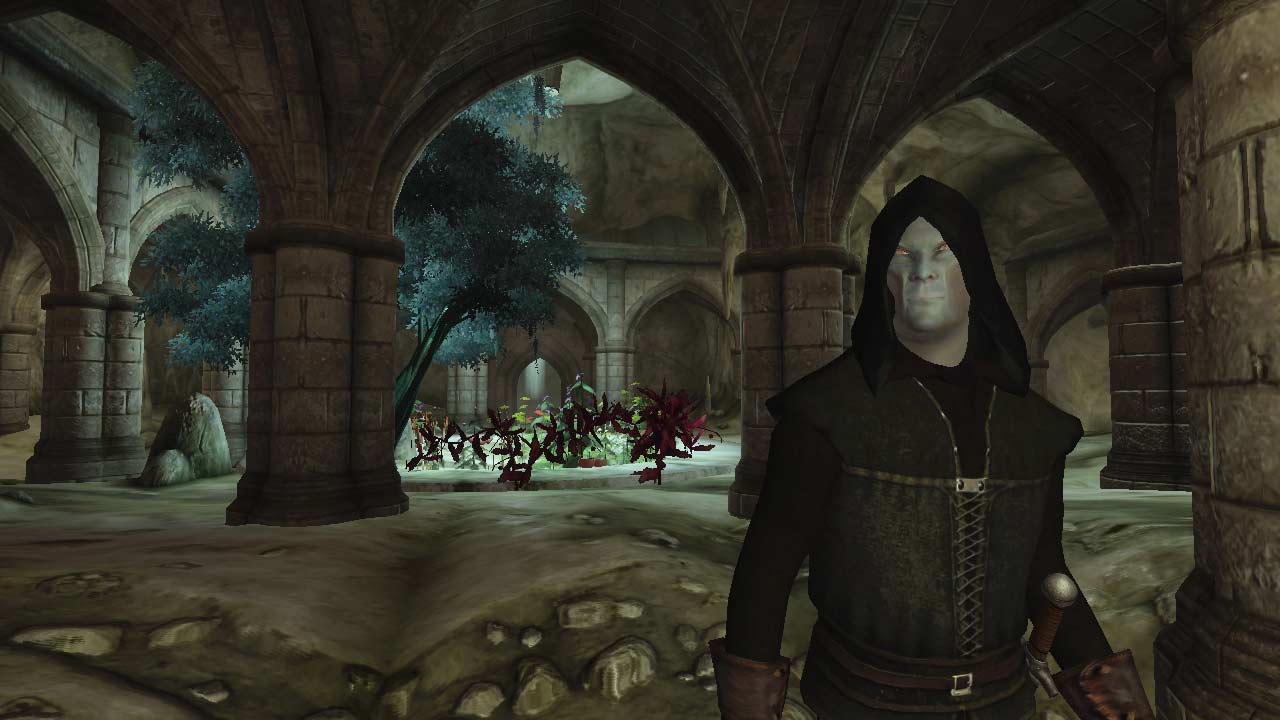 Open-world games operate on laws that are an amalgam of game tropes and simulated agents. The massive single-player RPG The Elder Scrolls 4: Oblivion is a prime example of this interplay.

With Oblivion, developer Bethesda Softworks created a new engine for the franchise and many new systems to take advantage of their first foray onto the PS3 and Xbox 360. Of primary concern was the game’s "Radiant AI system," which imitates the impact of resource pressure, individual needs, and player interaction on a non-player character (NPC), resulting in a dynamic, procedural reaction. Radiant AI (RAI) contains a simplistic rubric for individual personality that it assigns to each NPC. Based on a number of factors, characters posess a scaling value set that makes up their rudimentary personality, which is susceptible to change. NPCs have gradations of disposition toward the player and other NPCs.

For the most part, NPCs follow predictable paths in the game and fit into designated roles. These classes include:

However, RAI can sometimes influence an NPC to step out of their role and exhibit some unusual behavior that is motivated by a particular goal or a response to another agent. Players seldom witness these behaviors, since they are always being procedurally generated throughout the game’s world. But there was a period during the game’s development that RAI had more liberty to act on impulse and react to a personal motivation. Oblivion game designer Emil Pagliarulo described some of this bizarre and remarkable behavior (as did a few others):

In some cases, we the developers have had to consciously tone down the types of behavior they carry out. Again, why? Because sometimes, the AI is so goddamned smart and determined it screws up our quests! Seriously, sometimes it's gotten so weird it's like dealing with a holodeck that's gone sentient. Imagine playing The Sims, and your Sims have a penchant for murder and theft. So a lot of the time this stuff is funny, and amazing, and emergent, and it's awesome when it happens. Other times, it's so unexpected, it breaks stuff. Designers need a certain amount of control over the scenarios they create, and things can go haywire when NPCs have a mind of their own.

Funny example: In one Dark Brotherhood quest, you can meet up with this shady merchant who sells skooma. During testing, the NPC would be dead when the player got to him. Why? NPCs from the local skooma den were trying to get their fix, didn't have any skooma, and were killing the merchant to get it!

After reading of these past incarnations of RAI, it feels like the NPCs in the release build of Oblivion have been lobotomized. Over the course of the 200+ hours I’ve spent playing the game, the only unusual RAI behavior I can readily recall witnessing is a battle to the death between two archers in a forest. 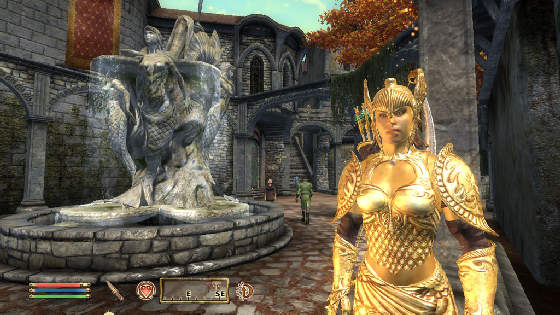 There are only so many hours one can spend playing the game before the illusion wears off and the recursive Groundhog Day reality is exposed. Characters are anesthetized by strict scripting parameters and feel all the more wooden and unsurprising. The world of Oblivion is a place where listless husks parrot the same awkward conversations, observe the same rituals, and follow the same itineraries of eating, strolling, and sleeping in the daily humdrum of their little lives.

I can understand why Bethesda worked to curb some of RAI’s wilder behavior. Most of the procedural expression took the form of destruction or theft, which in some cases led to a devastated environment of routine mass murders and robbed significant gameplay opportunities from the player.

However, the world that shipped is so sedated that this behavioral latitiude seems absent. Could RAI have been more effectively tempered without diluting it to its current state? Why were the past lives of NPCs sapped of variation? At the very least, why not include the option to activate prior RAI settings?

Bethesda had the ability to ship Oblivion with those RAI settings, but they decided against it. I can only speculate, but I think some people on the team may have wanted to see those exterminated behaviors make it to the release code. Emil himself displays a particular admiration and wonder when describing those now defunct emergent activities.

However, I think they were more influenced in this matter by player expectation than designer intent. It seems the most plausible explanation is that the majority of players hate when things break, bemoan closed gameplay opportunities, and get agitated when they don’t have what they feel is complete agency, even blaming their controllers for compromised performance. If Oblivion attempted to make death and resource pressure a force of game nature and NPC will, I'd wager that sales figures would be significantly damaged, and the collective tantrums of the community would force Bethesda to release a costly RAI patch to mitigate their unpopular transgressions.

If games want to create convincing and compelling game worlds that foster true emergent behavior and consequence, they need to embrace the messy nature of reality by introducing entropic agents. 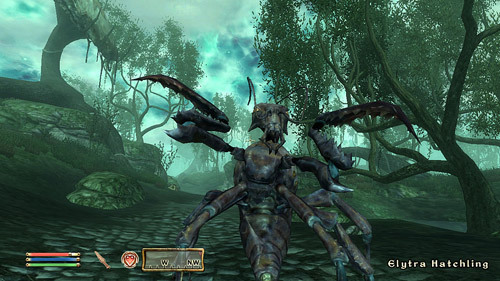 In some ways, Oblivion succeeds at this. But at a certain point abstraction and progression cannot mask a world that is too convenient. The narrative of the game is predicated on the idea of chaos infiltrating this world through “gates” that enable a hellish, barbaric dimension to crossover.

It seems only fitting then that chaos and entropy be allowed to actually impact the world, so it is more of a reality than a fiction perpetuated by characters. In the game, every chest exists just for you. You are essentially an expected guest, a destined hero impervious to restrictive forces that affect denizens of the real world.

Take my newest character in Oblivion, for instance. As I do with most malleable open-world games like this, I played my second time through not as myself, but as a moral extreme. I had no interest in saving the world of Cyrodill in the main quest. I tried selling the Amulet of Kings, taking it off and discarding it in a bog somewhere, but the game didn’t allow me to. I had no interest in that responsibility.

Why can't an NPC step up to the challenge? All of Cyrodill is waiting patiently for you and only you. It would be more interesting if you had a sudden change of heart and passed on that quest for a bit, only to find out when you return to it that an NPC had already done most of the work.

For once, you wouldn’t be viewed as the harbinger of balance and harmony. You would be viewed as that miscreant who was either too absent-minded or too self-absorbed to assist with this duty of saving everything.

For once, you wouldn't be the hero.

This is a prelude to a larger piece that's been in the works for some time. The above is a skeleton, a research question with a rough argument. The next multi-part installments will not just identify what I see as a problem for the aesthetic potential of open world games, but also add the formulation of a new theory and aesthetic philosophy — a proposal, a plea to developers and players alike to entertain the idea of a decomposing game, a transforming, variable landscape where player empowerment is reduced, and non-player agents are entitled to the acquisition and termination of resources and progression avenues.