The dinosaurs in the film Jurassic Park were pretty terrifying. In virtual reality, they must be even worse. That seems to be the thinking behind CloudGate Studio‘s Island 359.

CloudGate is unveiling Island 359 and its larger-than-life dinosaurs for VR this summer on the HTC Vive headset. The company hopes this game will be a part of a wave of serious VR games that help solidify the platform in the eyes of gamers. The VR headsets such as the Oculus VR and the Vive launched this spring, but they need more content to keep the promise of VR alive.

It is an early access Vive title, built by the Chicago-based developers behind The Brookhaven Experiment VR demo, which drew high praise. 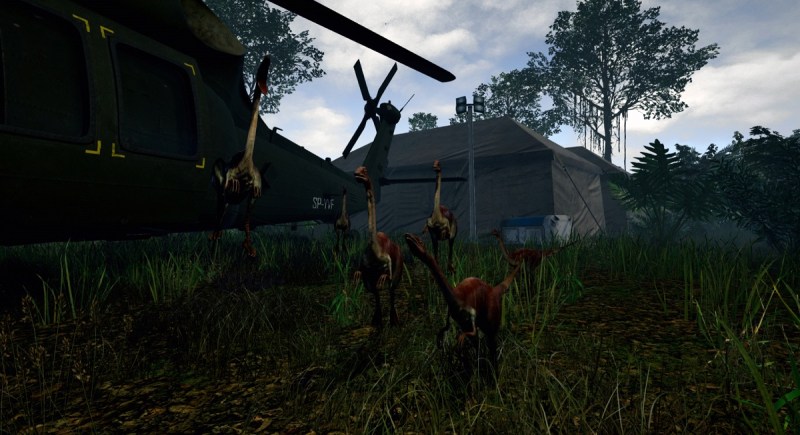 In Island 359, the developers want to create an exhilarating survival, exploration, and action-centric SteamVR game, where players will find themselves transported to the jungle needing to outwit, outsmart, and out-fight lifelike dinosaurs. Utilizing the environment and the weapons at-hand as their only defense, players will need to make strategic choices while working to complete their mission and survive.

Bringing dinosaurs to the VR stage while injecting a dose of ’90s dinosaur nostalgia, Island 359 attempts to push the boundaries of what’s previously been possible in VR, the company said. Utilizing VR to its fullest potential, the CloudGate founders worked to cultivate heightened interactivity in a way that they believe players have never been able to experience in a game before. They are trying to create lifelike artificial intelligence so that the dinosaurs can be responsive and smart foes. 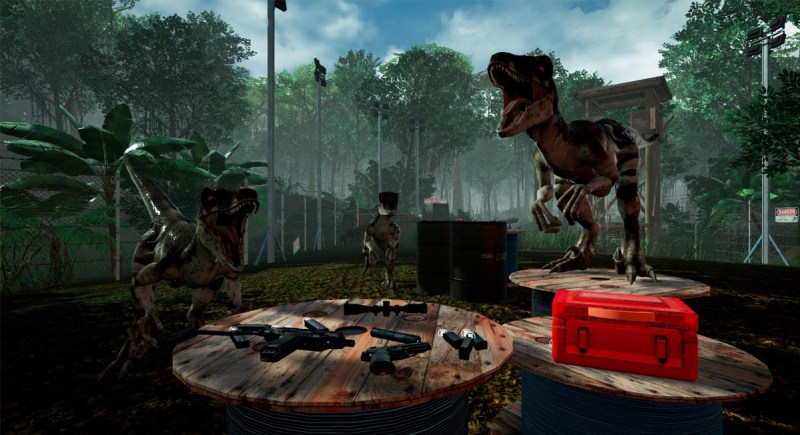 Above: Island 359 is a VR experience.

The CloudGate founders Steve Bowler and Jeremy Chapman are known for creating the Brookhaven Experiment.

“In our past VR experience, we were very lucky to be able to innovate in a way that really resonated with players,” said Bowler, in a statement. “As CloudGate, we’re looking to taking it a step further and to do things on VR that no one has ever tried or done before. We can’t wait to show people where we’re going next.”

CloudGate was founded earlier this year by Bowler, Chapman, and Mike Fischer, a former executive at both Epic Games and Square Enix.

“We’re super-excited to introduce Island 359 as CloudGate Studio’s first title,” said Chapman, in a statement. “From the weapons to the environment and believability of the dinos, we believe that Island 359 gives people an experience both with dinosaurs and in VR that they’ve never experienced before that will truly transport them to another world.”

Island 359 is due out on Vive as an early access title this summer. 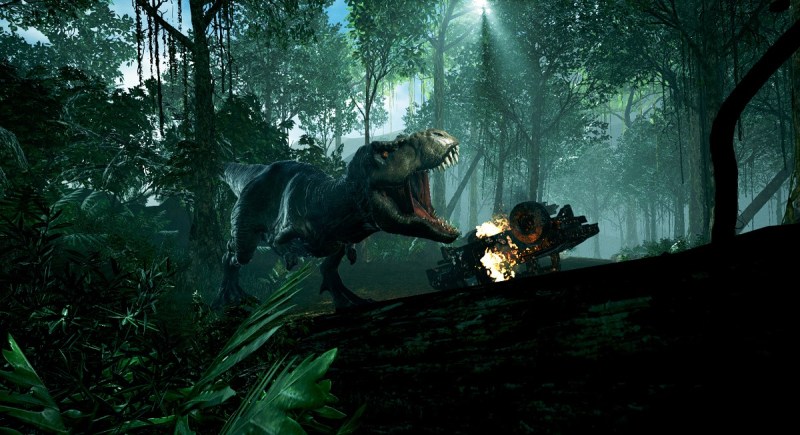 Above: Island 359 has raptors and other frightening dinosaurs.