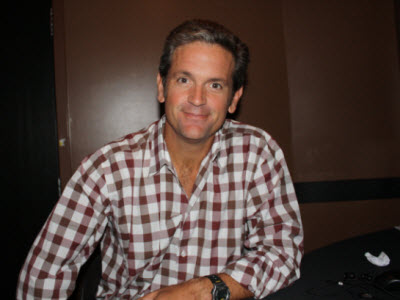 In a big validation of the fast-growing social game business, Disney has agreed to buy social gaming firm Playdom for up to $763.2 million.

The purchase price includes a $200 million earn-out if Playdom hits its targets. Mickey Mouse came out on top of a bidding war to buy Playdom, which has become the third-largest social game company on Facebook and the largest on MySpace.

Word of the acquisition surfaced last week. We happened to interview John Pleasants, chief executive of Playdom, at the Casual Connect game conference last week in Seattle. He gave no clue about the pending deal and, when asked about it afterward, said in an email that it was the “rumor of the week.”

“We are at the start of a once-in-a-generation opportunity to transform the way people of all ages play games with their friends across devices, platforms and geographical boundaries,” said Pleasants in a statement issued today. “Disney is an incredibly forward-thinking company that shares our vision and is the ideal partner to further our mission to bring great entertainment to people around the world.” 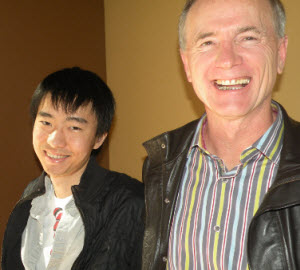 It’s a heady outcome for the Mountain View, Calif.-based company, which was founded by Rick Thompson and Dan Yue (both pictured) in 2008. The company tried to launch games on Facebook but found the competition was tough. It moved to MySpace, where the game competition was thinner. It managed to become the biggest player on MySpace, with eight of the top 25 games. Titles such as Mobster were so popular that they became hits on Facebook when Playdom returned to that social network.

A year ago, the company had just 60 employees when it recruited John Pleasants, chief operating officer of Electronic Arts, to become its CEO. Pleasants wasted no time, raising money and then acquiring a total of nine companies at a rate of about one a month. In our interview, he said that the company was picking up developer talent. Now it has 600 employees.

Now, under Disney, Playdom could become an even bigger powerhouse. It can now make games based on Disney’s many franchises. Brands have not done that well to date in social games on Facebook, where friend recommendations most often lead new users to games. But over time, as Facebook becomes even more crowded, fans may gravitate to brands as they do in other media.

Electronic Arts made that bet when it acquired Playfish for as much as $400 million in October. Disney itself has been undergoing a huge expansion in games. It has acquired a number of game studios, resulting it new titles ranging from Toy Story 3 to Split/Second. It also recently acquired Tapulous, the maker of iPhone music games. 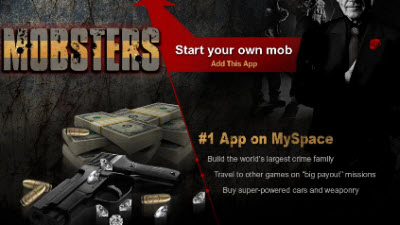 Tim Chang, a principal at Norwest Venture Partners, is an investor in Playdom. He declined to comment on the rumor last week. But he said in a presentation this morning at Casual Connect that a number of companies are watching the growth of the social game industry, and they want in. The parties with lots of cash to invest come from all corners of the earth. They include Russia’s Digital Sky Technologies; China’s Tencent, Shanda Games, and other publicly traded online game companies; Japan’s Softbank; cable TV company Comcast; NBC Universal; and News Corp. The latter was reportedly one of the bidders for the much smaller Tapulous.

Game companies such as Zynga have shown a tremendous ability to generate profits, even with 1,000 or so employees. Playdom, which now has 600 employees, has produced hit games such as Social City, which has more than 9 million monthly active users. The company is certainly enjoying good times; for the second year in a row, it threw an overcrowded party at Casual Connect.

But there are clouds on the horizon. One of the themes at this year’s Casual Connect was the post-viral era of Facebook games. After Facebook cut its viral channels to reduce spam for non-game users, traffic for many of the games on Facebook has gone downhill. That has forced many companies to advertise their games more heavily, putting profits into the pockets of Facebook but driving up costs for the publishers. If the growth continues to stall, then it might make sense for some of the companies, such as Playdom, to sell while they’re at their peak.

That may be why Playdom sold out now. Playdom has raised a total of $76 million to date from Bessemer Venture Partners, Disney’s Steamboat Ventures, Lightspeed Venture Partners, Norwest, and New World Ventures. Pleasants said last week he believes that brands will come into the market for social games; his own company has a deal with ESPN, which happens to be owned by Disney.

Pleasants will report to Steve Wadsworth, president of Disney Interactive Media Group, and he will be an executive vice president in the group.