Disney will work on future games with Ludia, Glu, Gameloft, and PerBlue. These are all established mobile game publishers, and each is working on a new unannounced game based on Disney’s franchises, Laughlin said. He made the announcement at Casual Connect USA, the game conference in Anaheim, California. 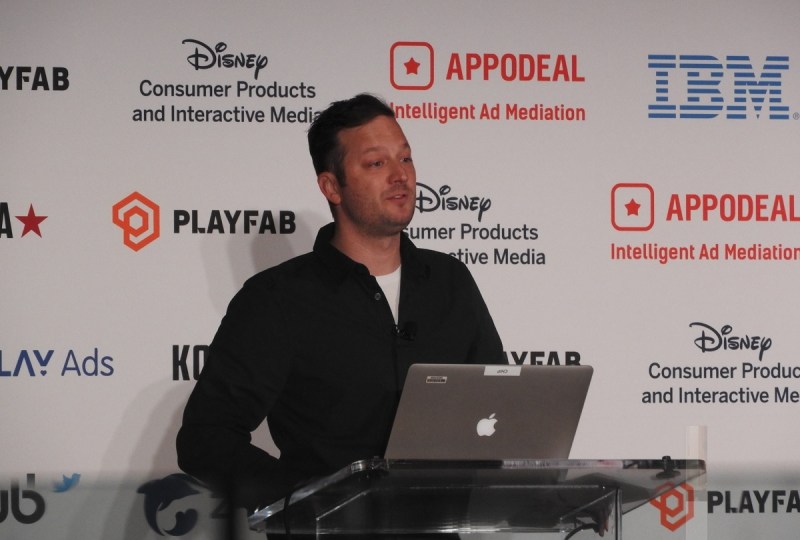 The news comes after Disney’s well-publicized retreat from internally produced console games such as the toys-to-life series Disney Infinity. Disney shut down Avalanche, the 250-person studio that made Infinity in May 2016. Warner Bros. picked up a big part of that team. Disney also shut its Marvel: Avengers Alliance, an internally produced mobile game, and it also recently shuttered Marvel Heroes, a massively multiplayer online game made by outside studio Gazillion, which also closed its doors.

“We’ve been working hard to find the right partners and work with developers and partners that have had success before,” Laughlin said.

He said that Disney is focusing on new genres, and it is willing to venture into role-playing games and brawlers, as well as new platforms such as Steam on the PC.

Laughlin said Disney is willing to experiment and fail going forward, but it plans to be patient. Disney continues to work with Square Enix on the upcoming Kingdom Hearts III, a big console title coming this year that mixes the characters from Disney and Final Fantasy franchises.

Disney will reveal the games the mobile publishers are working on later.

PerBlue CEO Justin Beck said in an email, “We are super excited about our partnership with Disney. As Kyle’s talk outlines, PerBlue and Disney share a very similar view of what is important in game development: take the long term view to build big hits, do the hard work necessary, listen to the players, and get it right to make awesome experiences for our players.”

Disclosure: The organizers of Casual Connect USA paid my way to Anaheim. Our coverage remains objective.