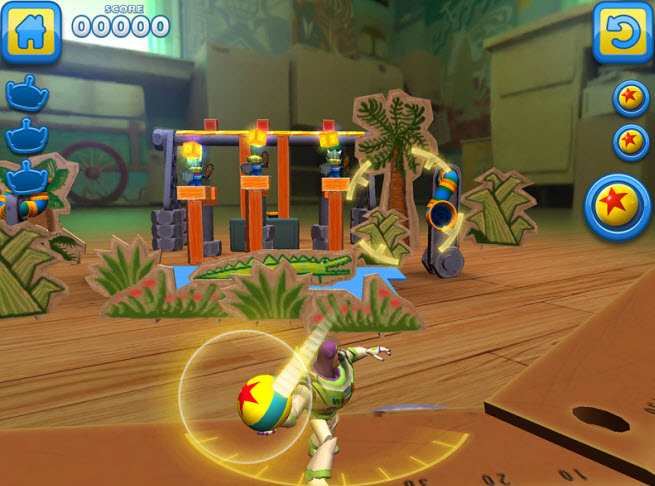 Disney Mobile has had a string of hits on the iOS and Android app stores. And it shooting for another one with the launch of its newest game Toy Story: Smash It! Based on its classic Disney Pixar animated film Toy Story, the game is a 3D physics-based puzzle title that immerses the player in the world of toys.

New game launches are the norm on the Apple iTunes App Store, where there are already more than 134,789 active games. But Disney has had a remarkable string of No. 1 hits like Temple Run: Brave and Where’s My Water? While most other mobile game companies fret about how to get their apps discovered, Disney has so much brand power and marketing activity across big entertainment channels that it has a golden touch in mobile. The company creates titles that rise to the top and beat other unknown brands.

But the games have to be good too. Toy Story: Smash It! lets players blast bricks, bounce balls, and deal with rainy-day boredom along with Andy’s beloved toys. Players help Buzz Lightyear knock down his alien friends with bouncy balls all over the room. The title will have four episodes and 60 levels, culminating in a fight with the evil Zurg. Players can play as Buzz, aim and throw objects, and enjoy encounters with Woody, Rex, Hamm, and Jessie. The title will sell for 99 cents and run on the iPhone, iPod Touch, and iPad. It will also be on Google Play.