Try as I might, I just can’t shake my Samsung app store addiction.

I’m back with my Samsung-provided two phone (Galaxy S6 and S6 Edge Plus), one tablet (Galaxy Tab S2) combo, ready for whatever the app store can throw at me. This time, along with the now seemingly requisite farming simulator, comes the most atrocious tie-in title yet, along with my second bout in the robot fighter arena and more.

Catch up with where we’ve been before (parts one, two, three, four, and five) before this next round.

Try to swipe the perfect game in the PBA Bowling Challenge 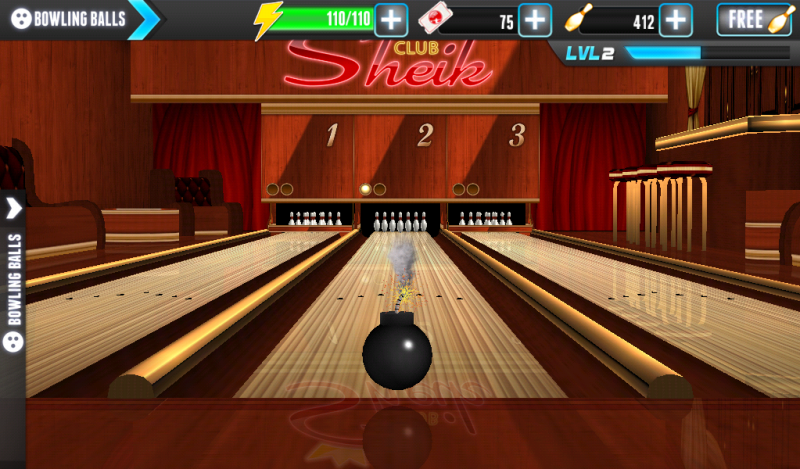 Above: PBA Bowling Challenge’s ball upgrades are rarely worth the currency.

I never felt retired or white enough to bowl more than once every few years. But PBA Bowling Challenge can be a satisfying equivalent.

The game is bare-bones, but refreshingly so. No time is wasting getting you onto the lanes and into local tournaments. Glide the ball to the optimal spot on the lane, swipe forward to send it crashing into pins, and tilt your device to add some curve. Simple, and undeniably repetitive, but it can be enjoyable. Arching my phone or tablet for the perfect, last minute swoop into a strike was always fun, even if it felt like I could settle into an almost exploitative rhythm of slight trajectory alterations.

It makes its money selling new (or speeding up) in-game magic effects through magnetized, exploding, or themed bowling balls. Going the free route does hinder each play session’s long-term prospects, but a few agonizingly annoying sets with a gobbling Turkey bowling ball made me feel less obligated to cough up for in-game currency.

Conquer and build upon the dull landscapes of Siegefall 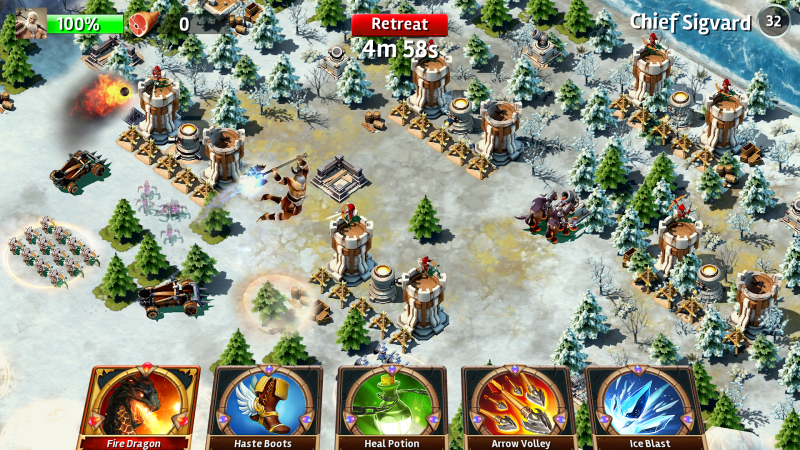 Above: Siegefall is a linear campaign that fails to disguise itself as an open-ended adventure.

In the best 20 seconds that Siegefall ever managed, the game made me recall 3DO’s (now Ubisoft’s) turn-based strategy series Heroes of Might and Magic.

But then I actually had to follow up my troop deployments with successive, unresponsive click-and-drag motions. And build new buildings along a purposefully convoluted infrastructure blue-print. Everything about Siegefall’s design is a lazy lie. Despite your many construction menus, buildings and keep upgrades operate a stringent, almost singularly linear order. Troops deploy with gusto at the start of a battle, but heedlessly lurch forward to each new subsequent target with little player input. Magic, operating as a deck-building side objective of sorts, works best, but the impact of your spells and effects are visually undersold and go off with little impact.

Siegefall mounts a formidable defense from a distance, but ends up sinking in its own moat.

Best played on: a cheap flip phone, in a play-dungeon of a dying Medieval Times restaurant. 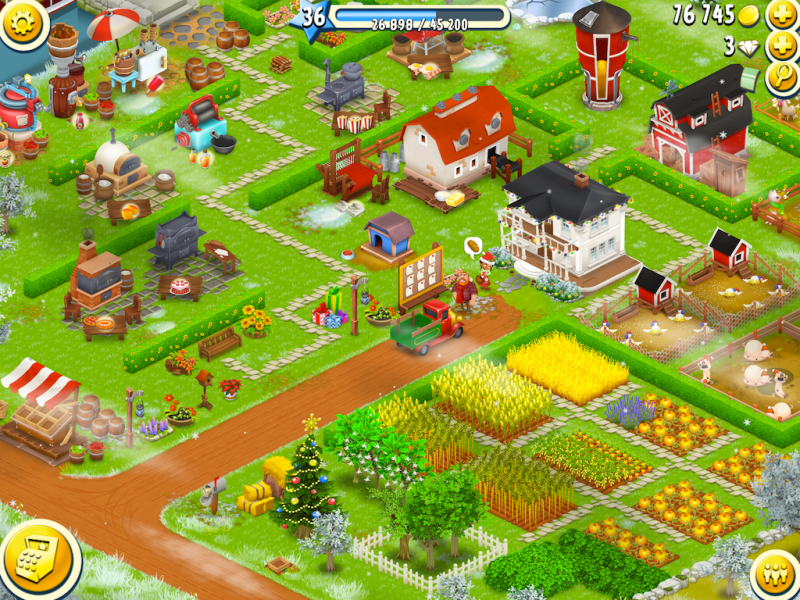 Above: Hay Day can be a pleasant farm-building in the rare moments it responds to your touch.

Up until this point, I hadn’t been afraid I might break one of my screens.

Most every action made in Hay Day — harvesting, feeding, planting, or selling — failed to register most taps. If I dared to want to perform multiple actions close together, like reaping corn to then deposit into a feed mill, I felt like I was tapping out the works of Victor Hugo in Morse code. A shame, because Supercell’s farming simulator is one step ahead of its contemporaries when it comes to formatting common-sense mobile controls. Most everything in the game is also fiercely dependent on player level in a way I have yet to see topped.

I didn’t want to be a farmhand before, but Hay Day makes it hard to even want to pretend to be one anymore.

Best played on: a day so frustrating you want to take out your aggression on an innocent mobile device screen. 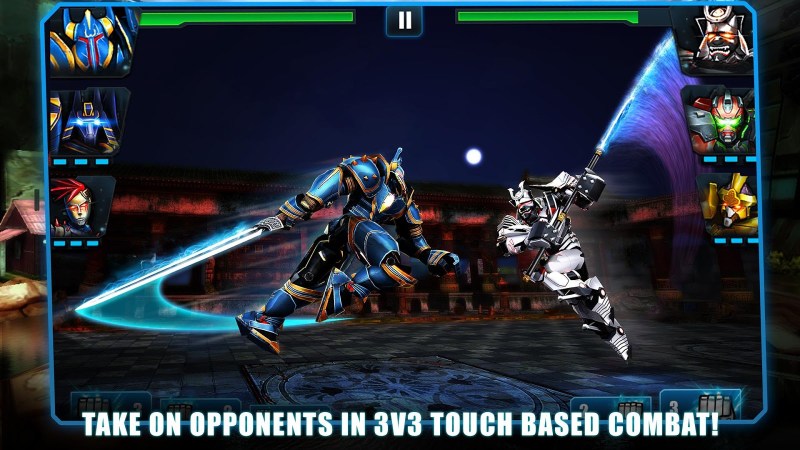 Above: Trading blows in Ultimate Robot Fighting can be enjoyable, but is mostly a slog.

Robot Fighting, yes. Ultimate? Not so much.

In some future somewhere, 3-on-3 robot fighting has become the most popular sport in the world. Sentient A.I. programs have consistently outranked human-controlled robots unti — oh, wait, the game downloaded. Never mind, let’s move on. That part wasn’t important.

Dismissed narrative potential aside, Ultimate Robot Fighting is one of the many fighting games that never seemed to take into account screen smudges. Maybe my admittedly oily skin makes me an outlier here, but the effectiveness of my screen swipes and holds rapidly decreased on each phone and tablet screen after only a match or two. Landing and blocking blows feels satisfying enough, but with each opponent stretched over multiple matches in multiple arenas, making the smallest progress takes ages.

Best played on: an obsolete machine, to make it feel slightly better by comparison. 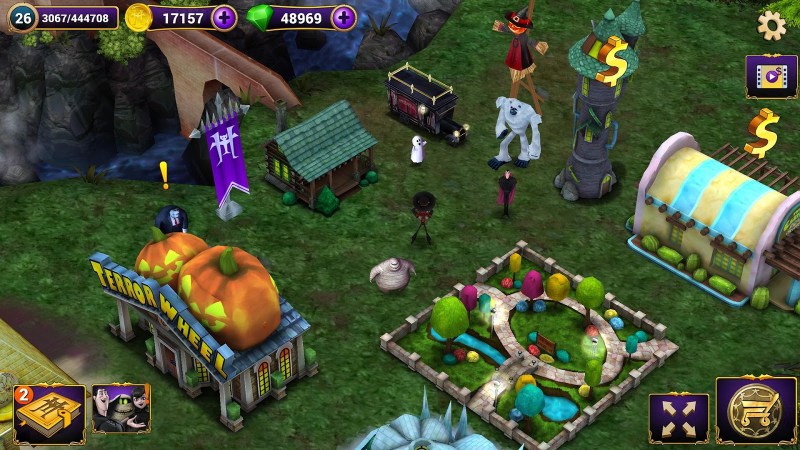 Above: Nothing about the Hotel Transylvania 2 mobile tie-in game is worth enduring.

Meaning an unforgivably blatant cash grab that drowns whatever microscopic merits it could have had in a shallow troth of its own tears. A cheap, knockoff town-building layer is but the crusty, stale icing on this decrepit cake. Additional, “character”-based microobjectives demand further time and in-game (or real world) currency to complete while adding nothing but another box on the already dense check-list of goals. Every action requires at least one menu swipe too many, and the main top-down perspective looks over a background too hideous for a Nintendo 64 launch title.

I hope no one hates their children enough to saddle them with this tripe.