Mobile storefronts are an alluring frontier, rife with exploratory potential in every direction.

Quality can oscillate wildly between the next great idea in portable play, and uncaring designers spitting out the flimsiest asset dumps known to man. I have once again assembled my Samsung-provided arsenal of a Galaxy S6, S6 Edge Plus, and Galaxy Tab S2 to unearth more games from the Android app store wilds. On this digital dig, I uncover a battle between hulked-out deities, the world’s saddest city, and more. Join me, won’t you?

This is my seventh time venturing into the Samsung unknown, so be sure to catch up on everything you might have missed (parts one, two, three, four, five, and six) before we venture out on this latest leg of the journey.

Fight against the angry, buff Greek pantheon in Gods of Rome 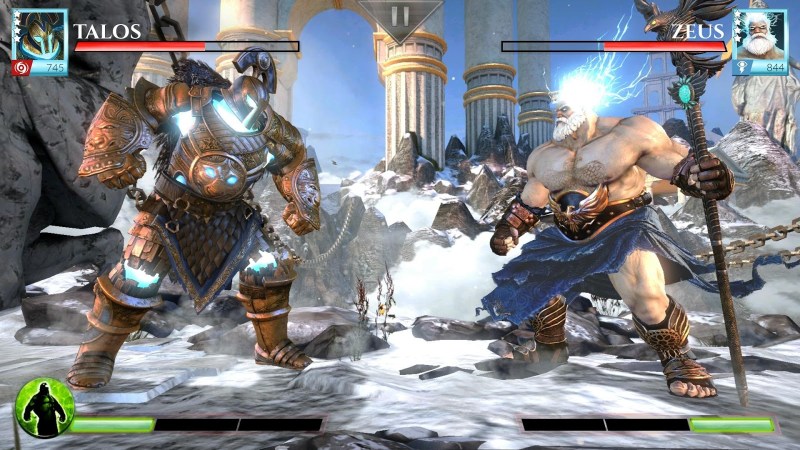 Above: Gods of Rome is a competent swipe-to-fight brawler with an appropriately superhuman-looking cast.

Greek gods have never needed a reason to beat the holy crap out of each other. So I found it odd when Gods of Rome, a swipe-to-fight brawler featuring a cast of well-known of deities both from inside and outside of Greek myth, forced a plot about a son of Hades taking over the Olympians’ minds with a magical MacGuffin. Nitpick aside, once these behemoths did start fighting, I found plenty to enjoy.

And behemoth is the proper word here. Gods of Rome went the “Gods are just really big and sexy humanoids” route, giving us a cast of super-beefy fighters, even by video game standards. The bodybuilder physiques — along with the vibrant stages and bombastic “ultra” attacks from each brawler– give each fight an appreciable level of bombast. Too bad most players will win all the early matches by just furiously tapping the screen. The solo campaign’s need to extend its drainage of free in-game energy compounds this problem, with stages and fighters being constantly repeated throughout the campaign. But the game does eventually force at least some usage of the full range of all fast-medium-heavy attacks, as well as dodging and blocking.

Navigating the user interface outside of combat never stops being aggravating. Gods of Rome feels like its overcompensating in many ways, and the cluttering of screen real estate with real-time player chats and timed event information makes the whole community surrounding the game feel forced upon players. It’s as if the developers manufactured a few hundred “player” accounts and are masquerading them as player conversation to perpetuate a sense of social activity larger than anything that occurs naturally.

But the combat is satisfying enough for a mobile experience to negate most of my other concerns. Gods of Rome is best when two impossibly thick dudes are smacking each other with weighty fists, and that sort of thing is in ready supply. Above: Potion Pop does nothing to stand out in the throng of match-3 puzzle games on mobile.

I wouldn’t surprise me if more cellphones owners have played a match-3 puzzle game with cartoon characters and melodramatic particle effects than have opened up a calculator app. Despite mindless, brightly colored sliding puzzle games inundating every single digital phone marketplace, productions like Potion Pop are still seeing development and release.

I found nothing glaringly dysfunctional in this magical adventure of an elf-thing trying to save the world (probably) from an evil owl that casts dark magic rain (I think?) all over the land of Unnamed Peacefulhappytownsville. But this me-too production has no reason to exist other than a cheap profit turnover through microtransactions and repetitive puzzle algorithms. To play Potion Pop is to engage in the same microobjectives of “get X amount of Y potion,” “break through X barrier in Y amount of moves,” and “score X amount” as in every other match-3 puzzle game made in the last half decade. For those that managed to avoid a match-3 puzzler until now, dozens of better alternatives exist.

Potion Pop lacks anything unique or even enjoyable to qualify its existence outside of a spreadsheet.

Best played on: A machine that refuses to run any other match-3 puzzle game, somehow.

Tap out your generic fantasy heroics in Kings Road 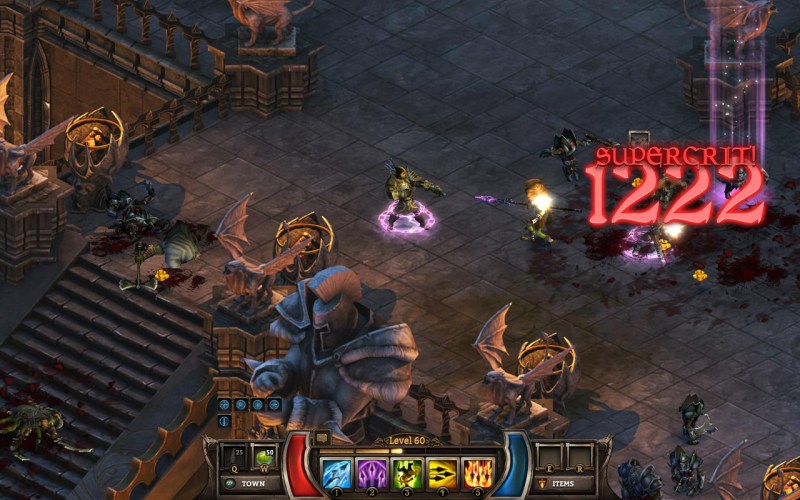 Above: Kings Road is a decently assembled mass of adventure role-playing game cliches.

Kings Road exists in an peculiar state: It has everything going for it except momentum. It has all of the components for an engaging action role-playing experience, particularly given its competition in the free-to-play market. Each of the three playable classes (warrior, archer, wizard) eventually grow to allow a satisfying degree of flexibility in playstyle through their allotted skill sets. A wizard with multiple spells can put up a different kind of ranged combat than an archer with several kinds of arrow attacks.

But to get to a point of minute-to-minute satisfaction, you have to force yourself from an exceedingly boring tutorial to a rigidly linear first few levels of character progression. Its quality curve feels utterly in opposition to the average first play session of mobile players, only presenting some noteworthy play time after most users would have reasonably given up and moved onto other things. All of this is only exacerbated by a barely there story ripped from so many adventure and fantasy cliches it comes off as painted by numbers rather than written.

All of Kings Road’s best qualities sit just out of the scope of the average mobile player’s patience, and the game provides no reason to hold out beyond the tepid introductory levels.

Best played on: the last week before an “Intro to Fantasy Tropes” midterm.