I return to the app store for the fifth time, still somehow optimistic. Completionist readers may find all of my previous mobile adventures here (parts one, two, and three). But we can’t waste time dwelling on the past, not when another batch of games sits waiting for appraisal. This time, we have one of the most recognized mobile games around stepping up beside a virtual slot machine, the child of Puzzle Quest and every Japanese role-playing game ever, and a game called Diving that focuses little on actually swimming.

The most hygienic sewer gator ever hogs the shower in Where’s My Water? 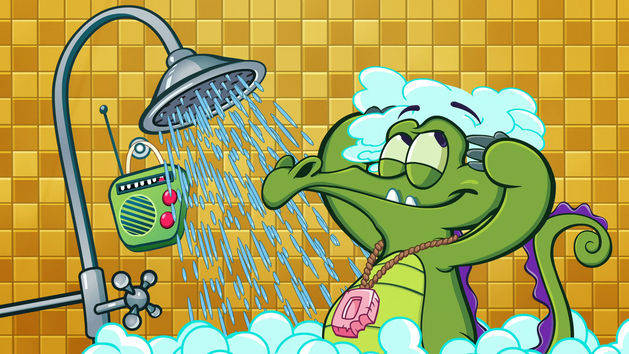 Above: Where’s My Water’s central character of Swampy is a lovable gator with the cutest kind of OCD.

This one became a mobile classic for a reason.

Swampy is an abnormally hygiene-obsessed sewer gator whose pipes are constantly blocked by dirt. Swiping around on the screen clears the dirt and lets the water psychics carry the liquid down into Swampy’s faucet. Where’s My Water? bursts forth with personality and escalating puzzle challenge. Fluid physics can be a bit chunky at times, but Swampy does live in the sewers. Despite his fastidious cleaning habits, the gator’s probably isn’t showering under the most sanitary pipe-flow.

Badland is so good, it can’t be legally classified as a “mobile game” 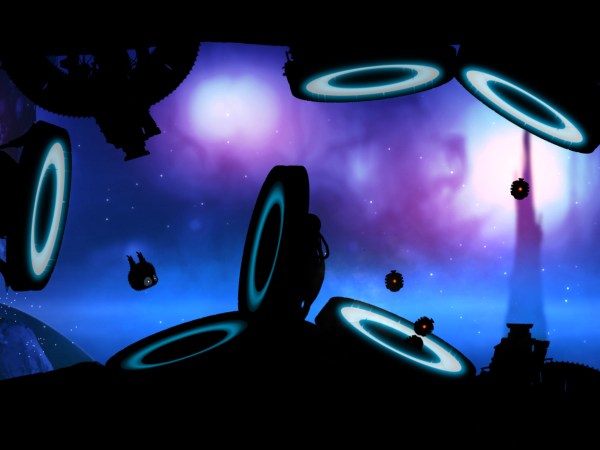 Above: It’s Limbo with a sense of color, but that’s hardly a bad thing to have on mobile devices.

My god, an actual good game.

Don’t let me understate this, Badland is so good it made me recognize the still festering traces of platform-bias against mobile games I have as a console and PC gamer. Badland is a beautiful and simple trial of guiding flying fluff-ball creatures through the sharp and crushing horrors of their side-scrolling world. Difficulty builds at a steady but surmountable clip, and the interface is minimalist but helpful when necessary.

But the art direction is what puts this adorable dust-bunny over the mobile moon. Shadows in the foreground contrast perfectly against a moody and colorful background. Touch screen functionality can be inconsistent at the worst times, but generous retries and immediate respawn times deflate most of the irritation. And I only came across a comparative few advertisements. 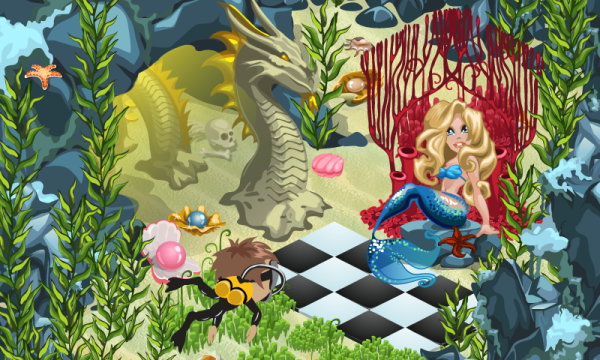 Sinking to the depths of the ocean is an apt metaphor for this one.

The least I could say for the multitude of farming/town-building/time-wasting simulators I’ve come across so far is that they knew how to format a script. Not write one, mind you, just correctly spell it out and center it in the necessary text boxes. Treasure Diving is a sad march of poorly translated and even more poorly transcribed scripts on top of being as derivative and stretched-thin as every over “tap-to-wait” games I’ve lost my patience with.

When it takes me half a dozen items, three dozen timer bars, two upgrades, and four backtracking loops between stages to release a skeleton from under a mast, I’m just going to pierce your game’s oxygen tank and watch it drown.

Best Played On: a mobile device dropped into the Marianas Trench. 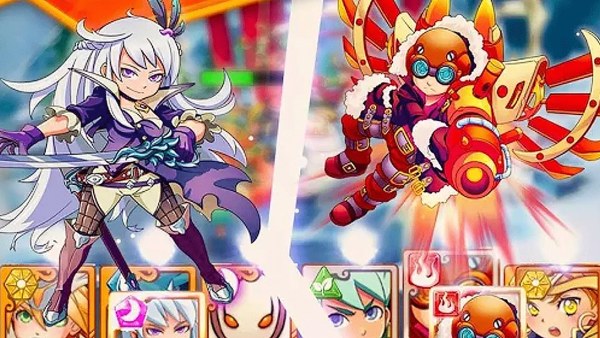 Above: Battle Odyssey is an art-book that only thinks it’s a game.

Battle Odyssey would have been a waste of my time even if I hadn’t spent 10 minutes loading it on each device.

A generic, anime-infused fantasy story drags the player through the most tedious parts of a turn-based RPG with rote deck-building via menus habitually thrown in. The developers have mashed everything genre and mechanic at play here into dry piles of flavor-less mush. Even the gem-matching puzzles that measure character attacks have so few restrictions as to feel arbitrary. The art is uniformly bright and inviting, and visual effects have the appropriate amount of punch, but the flashiness just highlights how much better the experience is when you aren’t doing anything.

Best Played On: A slice-of-life anime, by a character we are meant to recognize as a robot disguising itself as a high school student.

Slots: House of Fun is a tax on sad people 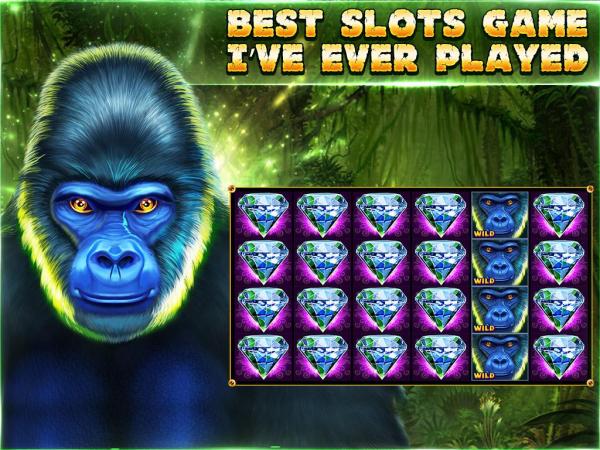 Above: They couldn’t even think up a fake name for their fake quote.

I owe Bingo Bash an apology.

Slots: House of Fun is a game that could depress a dolphin on cocaine. It’s not just that slots on mobile devices should automatically enroll anyone who downloads them into an addict program. It’s not because the lack of a crank lever removes the only satisfying element to the betting process. It’s not that the art of the various “slot machines” unlocked with each new level look like rejected shirt designs from a dying mall gift shop. It isn’t because the designers couldn’t effectively emulate the visual and auditory combination that activate the gambler’s pleasure center. They couldn’t even keep loading times consistent, but that’s not it either.

It’s that when Slots: House of Fun reduced the idiocy of slot machines into one button press, that button doesn’t even work half the time. This isn’t a game — it’s a cry for help on both sides of the screen.

Best Played On: No. Just no.