Another level to the Samsung app store has unlocked, and we descend to another floor deeper.

Yes, once again it is time for my Samsung-provided mobile sidekicks (Galaxy S6 and S6 Edge Plus phones, Galaxy Tab S2 Tablet) to take on the rogues gallery hiding the corners of the Android marketplace. Today we face down our first hidden object adventure, a god simulator of questionable evolutionary science, and more. Read below, and don’t forget to buy your war bonds!

And for those not caught up, you can read parts one, two, three and four and be up to date on all of the inside jokes and continuity nods I don’t make!

Time Mysteries, an adventure in time that doesn’t respect yours 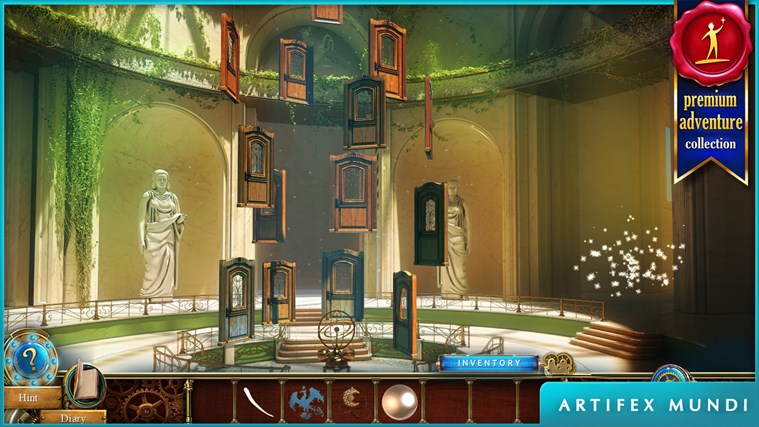 Hidden object games have been getting an unfair rap from console and PC-bound gamers for being too tedious, and titles like Time Mysteries aren’t helping.

It starts off well enough, with beautiful artwork and a story and production design just bad enough for camp value. Object screens are vibrant and lushly detailed, and puzzle solutions require attention, not eye-straining obsessiveness. But most item highlights do not respond consistently to touch, and those wanting to skip any object screen have to put up with one of the most droning minigames I’ve played in years. And without any kind of punitive action taken for unnecessary tapping, most stages fall to frantically thumbing every part of the screen for half a minute.

My character and her father will be lost forever in time, because I have a century’s worth of things better to do with mine.

Best Played On: an accidental leap back in time to 2 million B.C.E., before other entertainment options existed. 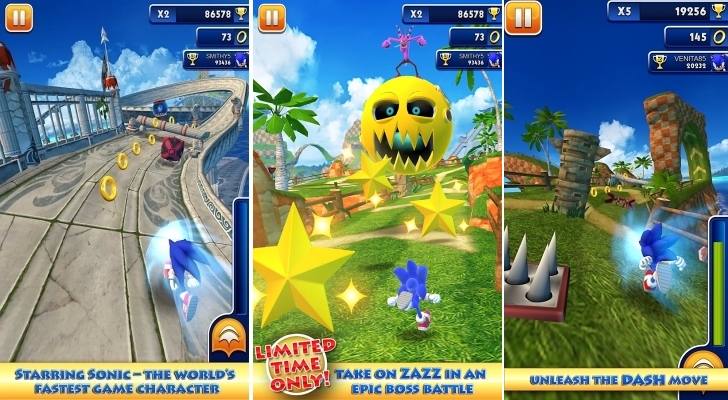 Above: The most blast-processing character in games earns a fitting retirement running in place on mobile devices.

Poor old guy was just floundering in the console workforce. He’s face too many expectations, and the hedgehog has just been getting more and more confused since the Sonic the Hedgehog trainwreck in 2006. We should’ve brought him to the mobile space sooner, once he had started carrying a sword around and turning into a werewolf.

But this is good for him. Endless runner, no story to mess up with inter-species romance and bad writing, no platform gimmicks to get caught up in. He needs stability now at his advanced age, something to just keep his mind busy. Sonic Dash looks good and runs fast, that’s all we could ask of him at this point. And the kids just love these mobile games, which is great. Sonic always loved kids.

We’ll visit you on Thanksgiving, Sonic. If the traffic isn’t too bad.

Farm Up, a simulator that actually tries to care about farming 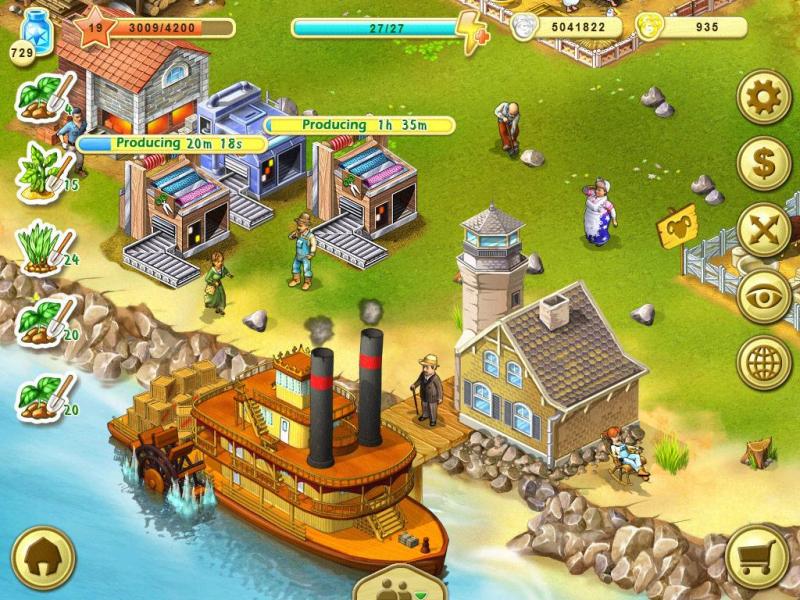 Above: Farm Up is one of the few crop-sharing simulators with more than a grade-school understanding of farms.

For all of the success farming simulators have had, most only seem to want to get across a child’s idea of crop-sharing. While Farm Up doesn’t go into the specifics of farmhand tax policy or include a tractor maintenance minigame, this simulator at least appears to like farming. It coats itself in a nostalgia for the time of individual farm managers in sun hats, but at least it’s not the bubbly buffoonery burped out by inflatable-looking characters we’ve seen so far.

Reselling crops, local community investment, and a multi-step growing/repairing process go a long way to make Farm Up a more reasonable-minded farming simulator. Timer bars and microtransactions still make it more of an annoying distraction, but it’s a distraction that knows what wood grain looks like.

Best Played On: the mobile account of a person who spent way too much time with Farmville Heroes. 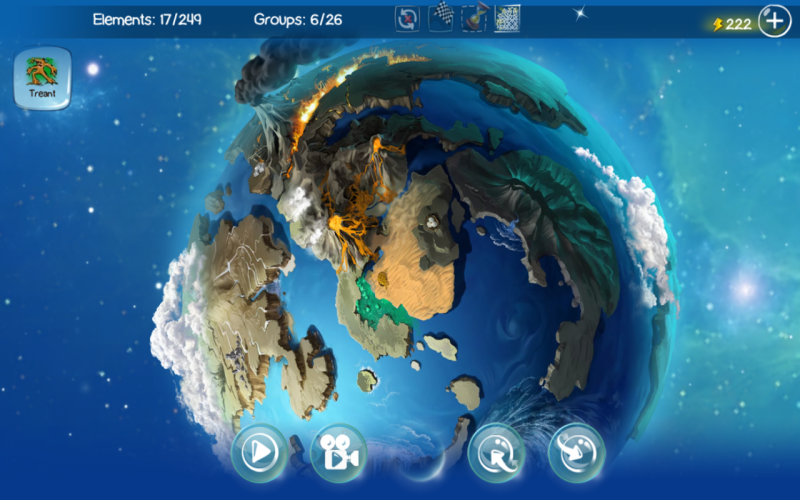 Above: The planet you rule over in Doodle God will slowly populate with the elements you create.

Even though I’m playing as the guy, I still consider myself a Doodle Atheist. And that’s pretty much the point. The almighty in this mobile universe slams elements together to create new fused phenomena to populate a desolate planet like a child would before the age of competence sets in. Most of the time combinations make sense in a Pokèmon/elemental reaction sort of way, Sand and Fire make Glass, etc. But I’m not sure how we get an Egg from Stone and Life (and what “Life” even is in this game’s context.)

Elemental goofiness aside, Doodle God is superficial but deceptively engrossing. It doesn’t punish menu-swapping and experimenting with combinations, so most of the game becomes an experimental tap-fest within the internal logic. Seeing new elements fade into existence of the beautiful planet’s surface is a pleasant reward as well.

My time as Doodle Creator felt more Universal Randomness than He Who Is Called I Am, but I can’t argue with the simple pleasures that came as a result.

Hill Climb Racing is one jalopy of a ragdoll game 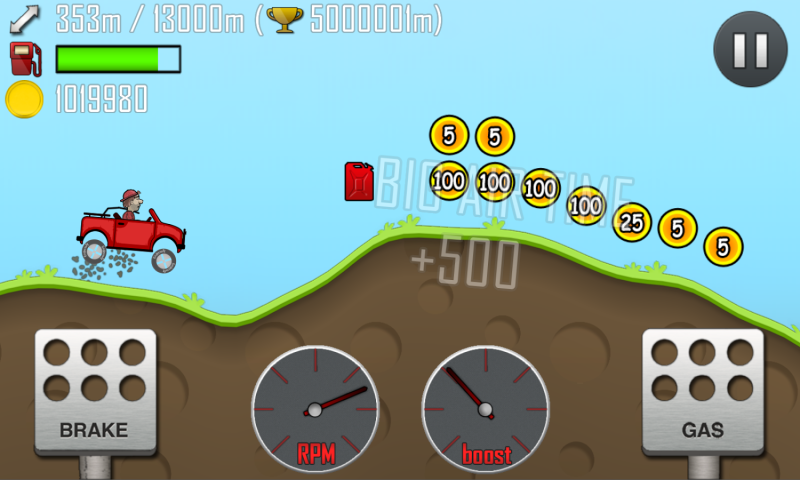 Above: Hill Climb Racing plays as amateurish as it looks.

Even by generous mobile game standards, Hill Climb Racing is cheap. This ragdoll-based drive looks like a flash game from 2005, and it plays like a preloading screen for better, more entertaining game. We expect awkward controls in these purposefully finicky games, but inconsistent logic shouldn’t exist. The developer has stretched upgrades out to a progression slog, and ads are purposefully placed and timed for a misclick.

Best Played On: the last stage of a torturous serial killer’s Playtime Dungeon of Terror.