We already knew that Bethesda is supporting the Nintendo Switch with The Elder Scrolls V: Skyrim, launching in November. And now it is also launching Doom (the 2016 reboot) and Wolfenstein II: The New Colossus on Nintendo’s newest video game console.

Nintendo announced these as part of its Nintendo Direct online event today. It means that Bethesda, one of the world’s biggest video game publishers, is increasing its support for Nintendo’s popular Switch, said Pete Hines, vice president of PR and marketing at Bethesda, in an interview with GamesBeat. 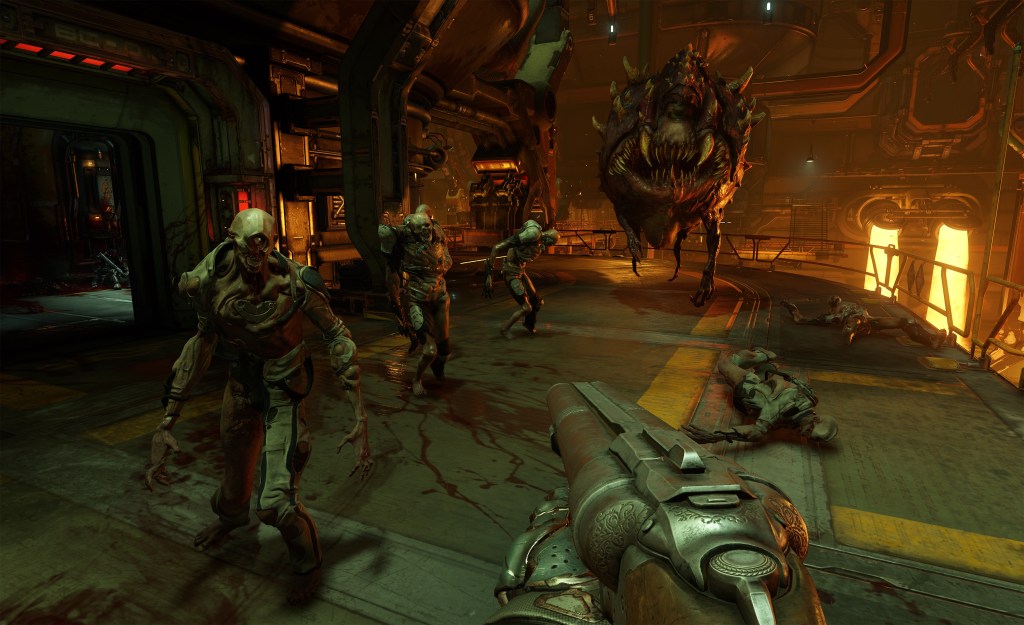 Doom is coming this year, and Wolfenstein are coming in 2018. Those have high-end graphics, and they show that the Switch is going to be capable of running games that have very demanding technological requirements. Hines said that Bethesda is willing to experiment with reaching new audiences on new devices, and that explains why the Switch is an attractive target.

Doom debuted in 2016 on Windows, PlayStation 4, and the Xbox One. That was typical of first-person shooters, as most tend to bypass Nintendo’s consoles. But the Switch has seen fantastic sales numbers, and so Nintendo is getting more support from third-party publishers than in the past. Wolfenstein II: The New Colossus debuts this fall on the other platforms, and so it will be late on the Switch.

But as far as Nintendo is concerned, better late than never.

Correction, 3:59 p.m.: GamesBeat originally reported that both Doom and The New Colossus were coming in 2018. Doom is actually coming out in 2017. We regret the error.